It certainly has been a good few weeks hunting down butterfly species I have struggled with in the past. Following on from the excellent days with the Purple Emperor, it was on to the more difficult Purple Hairstreak. Ever since I first got interested in wildlife, nearly 50 years ago I've wanted to get some good sightings, and then photos of this species. Despite it being very common in Oak woodlands they are notorious for not performing for the camera as they spend nearly all their time in the canopy. Nigel and I have for several years tried different techniques of studying them with mixed success, basically I failed, Nigel succeeded!! His success, with one of the best shots of a female Purple Hairstreak I've seen came when I was meant to be meeting him, but I got delayed at work. After I arrived having missed the moment, he had great pleasure in showing me and talking about the event for a very long time!! We both found areas in woods that showed promise and last year I thought things were looking up when we both had several close encounters. My first attempt this year was too early in the flight season and I didn't get another chance until Nigel had started to really hit the jackpot at the same spot. I then had several mornings where I too, at long last started to get lucky. Both male and female Purple Hairstreaks gave themselves up for the camera with both closed and open wing shots possible. 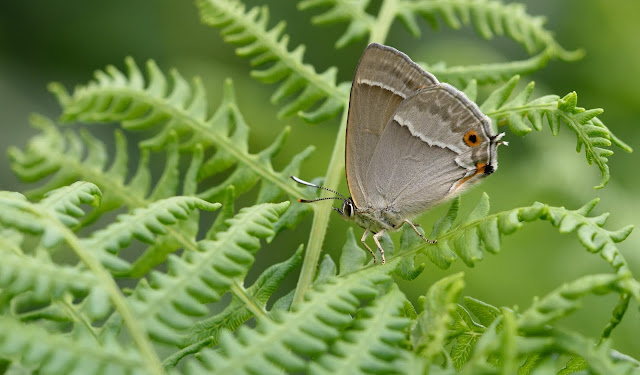 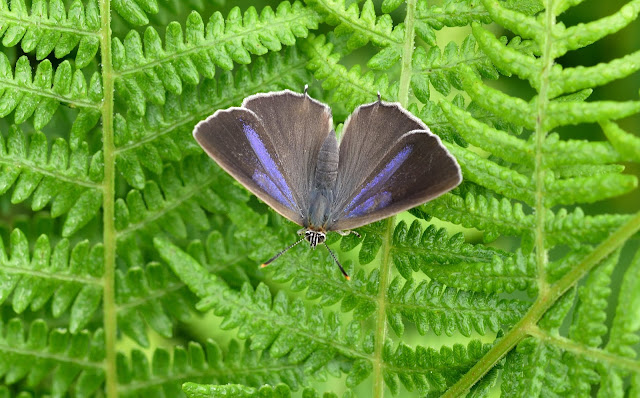 Female Purple Hairstreak. This one had been flushed from the Oak by a Willow Warbler!! 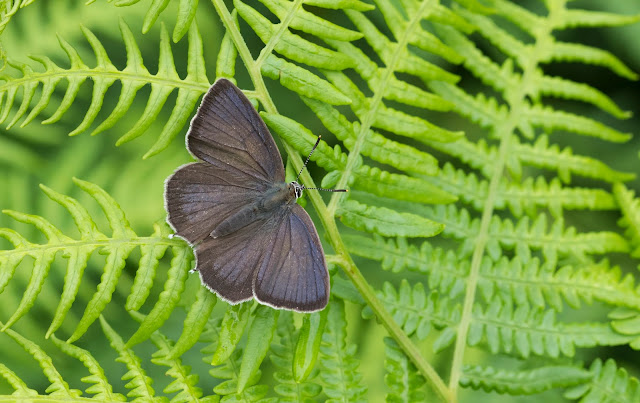 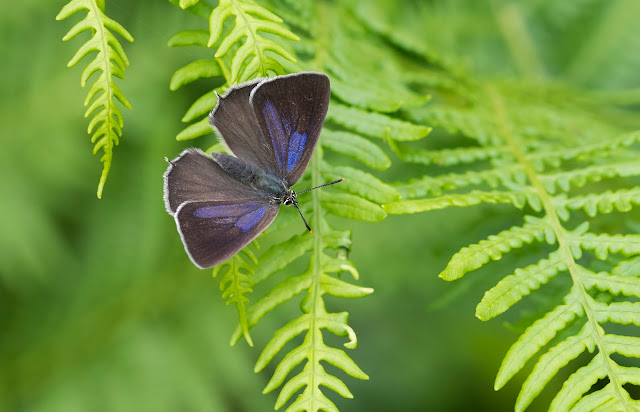 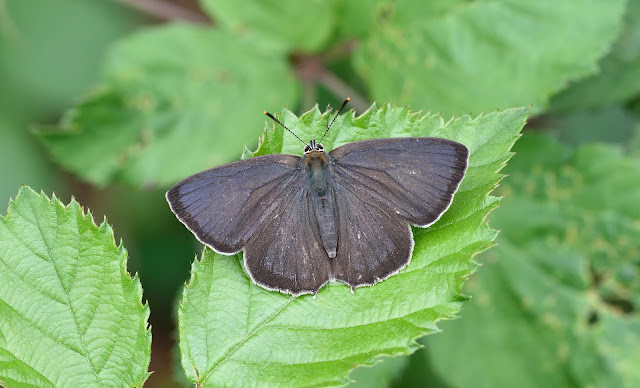 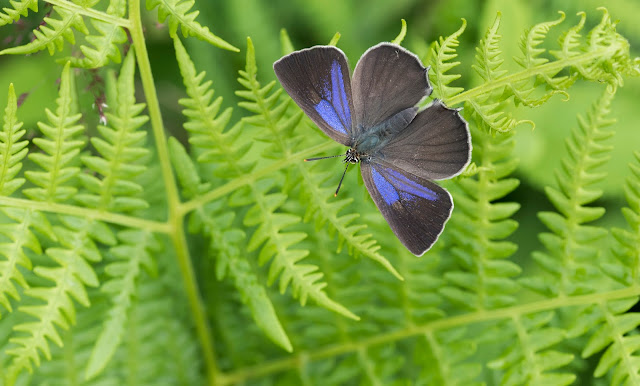 Posted by Bob Eade. at 15:33
Email ThisBlogThis!Share to TwitterShare to FacebookShare to Pinterest