Chalkhills on the Chalkhills.

An early start yesterday as I hunted out the Chalkhill Blue, hoping to photograph them as they warmed themselves up in the early morning sunshine. With sunshine from the off it wasn't long before I had the opportunity I was after having found several roosting butterflies. I earmarked a couple that were in good positions and whilst I waited for them to open up I scanned the nearby grasses with the binoculars and was pleased to find another roosting Silver-spotted Skipper. It was then a bit of a panic as they all started to open up at the same time!! 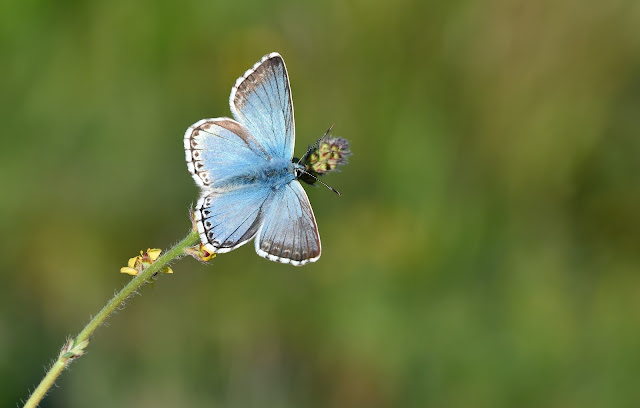 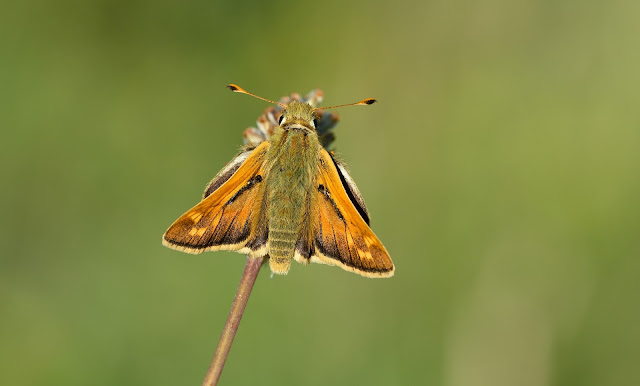 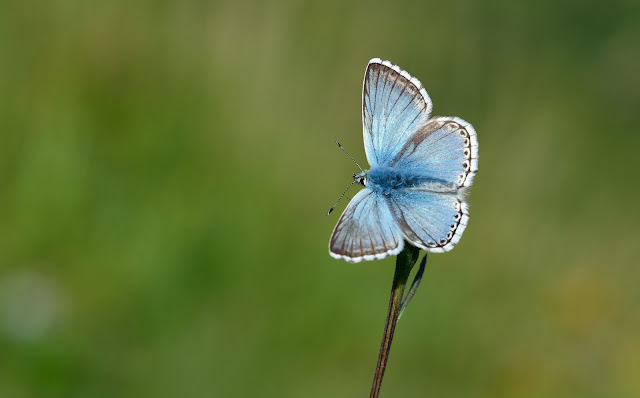 I then did my 'Wider Butterfly Survey' on the edge of Friston Forest which produced large numbers of butterflies. Following this I thought I would see if I could find any Grayling on the nearby downland. Nobody had reported any sightings of these yet this year, the last of the Sussex species. After walking up and down the steep hill I was just about to give up when a Grayling flew up from under my feet. This was followed by 2 more. I also saw a male Cuckoo in the valley. However, the main interest was back to the Chalkhill Blues with massive numbers in the base of the valley all the way back to the car. Every few steps clouds of these beautiful butterflies would take off looking like a snow storm as they were taking minerals from the track. It reminded me of the estimated 800,000 that were above Butchershole Bottom a few years ago. There were certainly several thousand in and around the valley but nothing like those numbers. 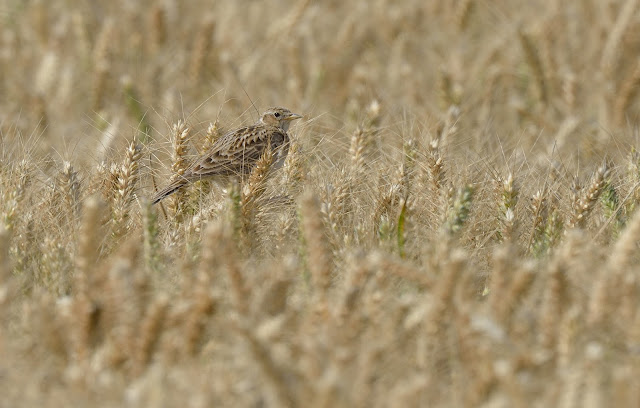 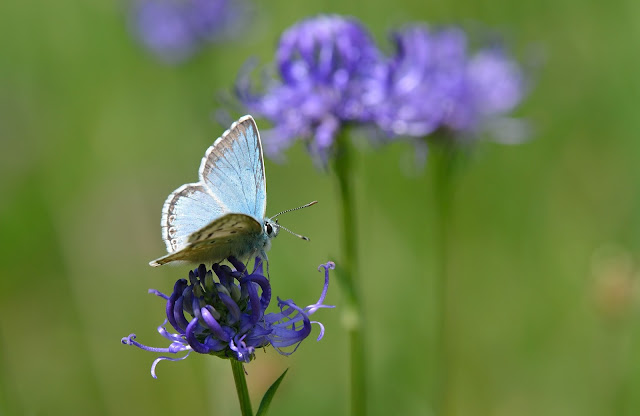 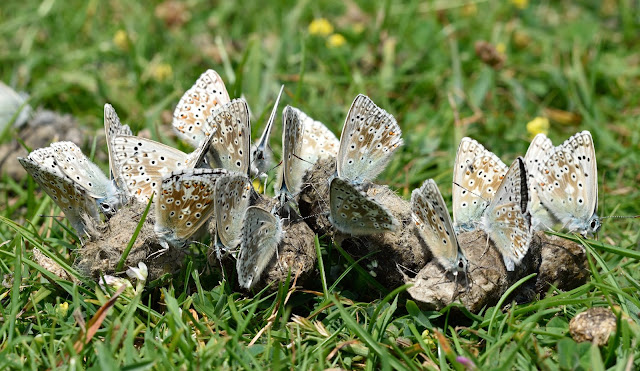