A great day out yesterday with Matt in the hope of finding the Southern Migrant Hawker, also known as Blue-eyed Hawker. Matt had heard of some sightings of this gorgeous species in the area of Canvey Island in Essex. What made the trip even more attractive was the promise of good numbers of Scarce Emerald Damselflies, what would be another new species for me and one that I just missed on my recent Norfolk trip. It is also well known for the blue eyes!!
Leaving Seaford at just after 5am we arrived before 7am in cloudy chilly conditions. A 10 minute walk from the car and we were on site and it was only a few minutes before the first Southern Migrant Hawker was found by Matt. It was the other side of the ditch so I sorted out the telephoto and clambered down the bank to find it had flown!! Fortunately Matt had already found another roosting on a bush at a nice height. This one allowed several photos before flying off. It was then some time before another was seen. All the time the chilly breeze meant they were not out hunting, so it was a case of checking each bush we came to. By mid-morning the sun made the odd appearance and a few dragonflies were seen hunting, although this was all too brief. By having the early start and risking going on a day with little sunshine and a cool breeze we gained by having the dragonflies sitting for us, but it would have been good to see more of them flying. In all we probably saw around 10 of these rare insects. 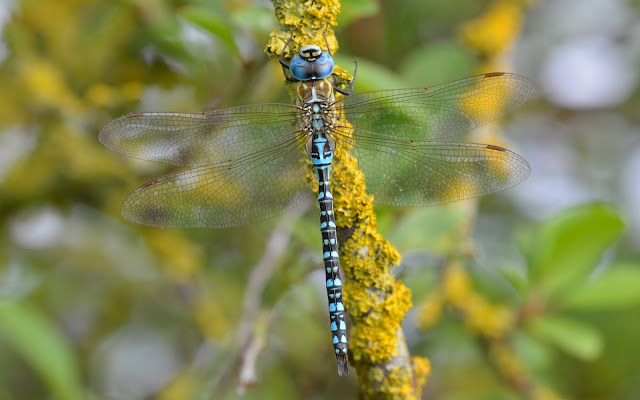 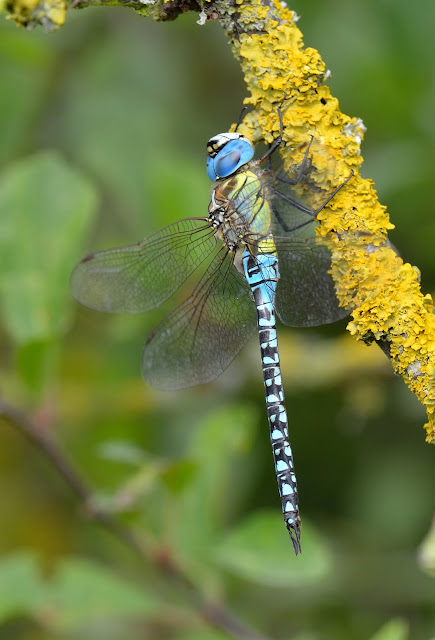 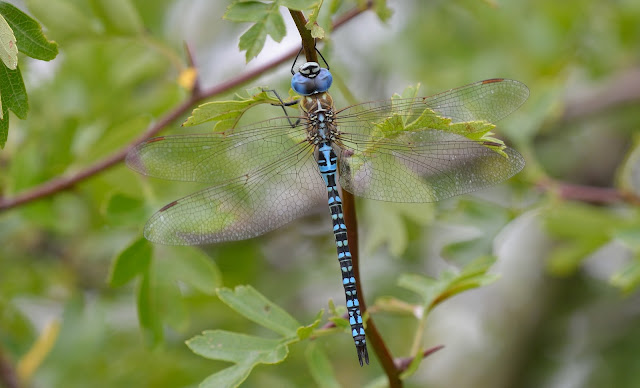 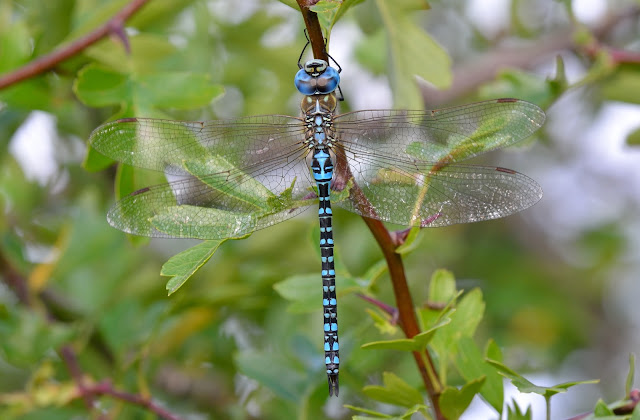 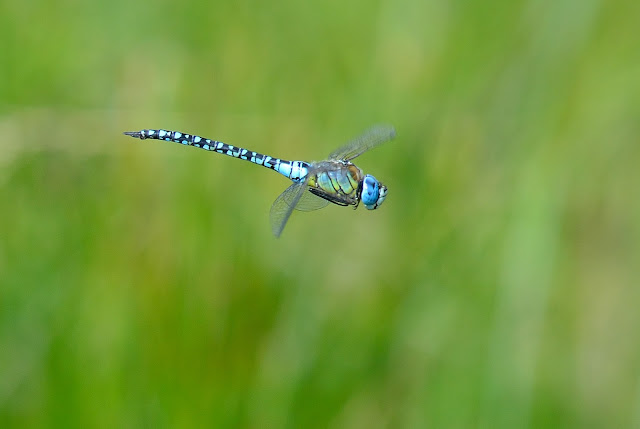 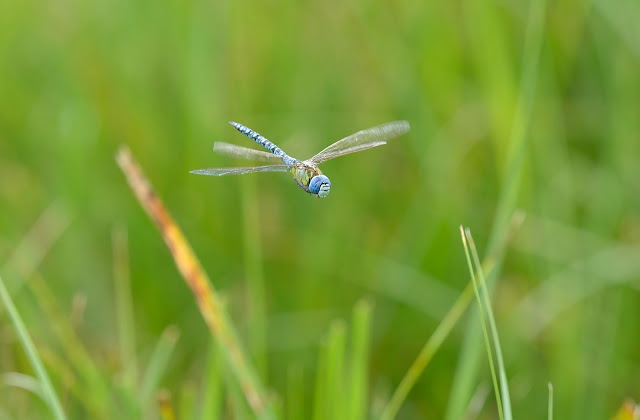 The Scarce Emerald Damselfly was evident all along the ditch although it wasn't easy getting to them for photos although a few shots were managed in the end. 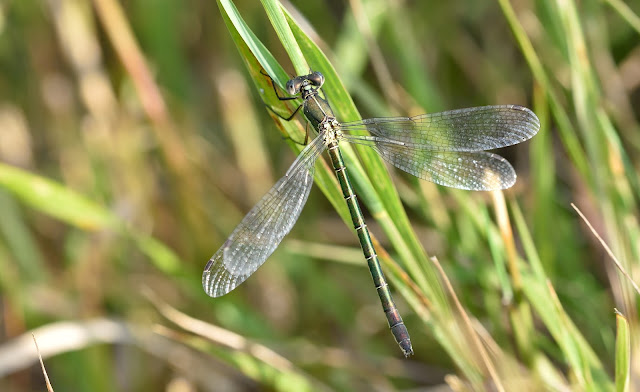 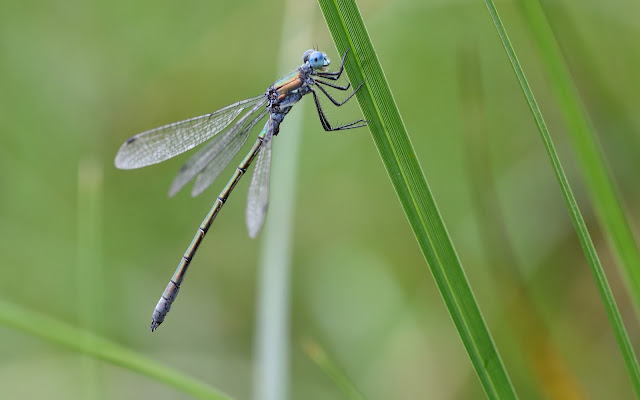 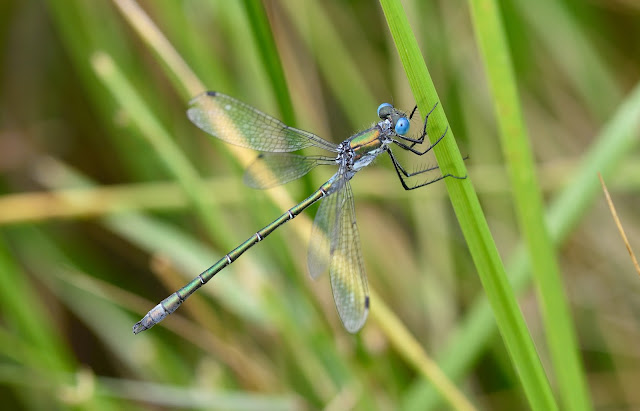 A few unexpected butterflies were also seen along the ditch including 2 Wall Brown, 1 Painted Lady and my first Clouded Yellow of the year. 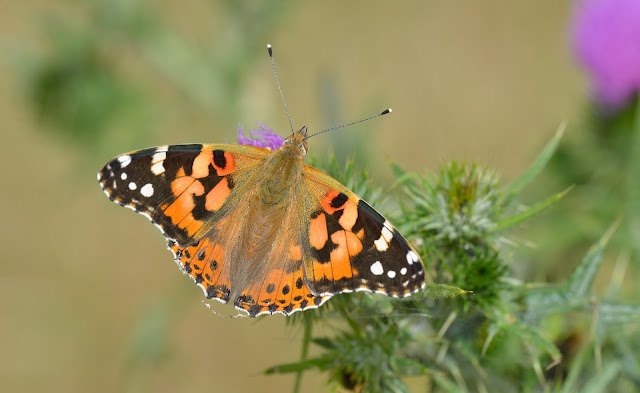 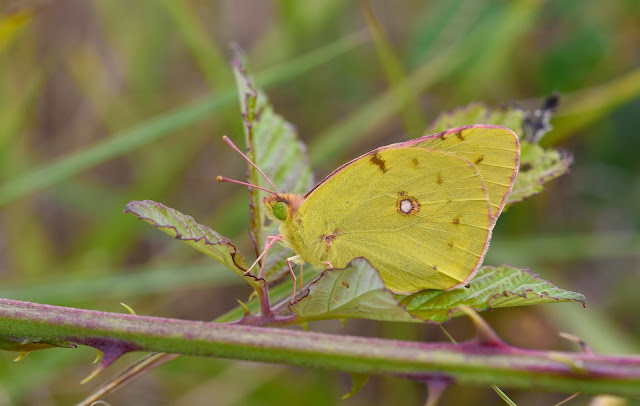 A great trip out and we were back home by early afternoon!! Thanks Matt for driving, with very early starts 2 days running I wasn't in a fit state to drive!!

Posted by Bob Eade. at 17:56
Email ThisBlogThis!Share to TwitterShare to FacebookShare to Pinterest