A short break to the Balmer Lawn in the New Forest with Pen was well timed with fabulous weather and the opportunity to hunt out two damselflies that have so far eluded me. Before going to the hotel I ventured along a small stream looking for the Scarce Blue-tailed Damselfly. The colony here is very small and although I was in the right area the damselfly unfortunately lived up to its name with only the commoner Blue-tail seen. The following morning Pen was left to enjoy the facilities of the hotel whilst I drove the short distance to a reliable site for the rare Southern Damselfly. The spot I parked the car was very familiar as it was a spot I often parked up when I worked that area as a sales representative for a photographic company. Little did I know in those days what lurked beyond the trees and bushes. I hadn't walked far before I had spotted some Silver-studded Blues, surprisingly much fresher than those in Sussex. Then it was on to the small stream and immediately Southern Damselflies were found along with Small Red Damselflies, Keeled Skimmers and Golden-ringed Dragonflies. I then spent the next hour or so enjoying these delightful insects seeing the Southern Damselflies mating and egg laying. 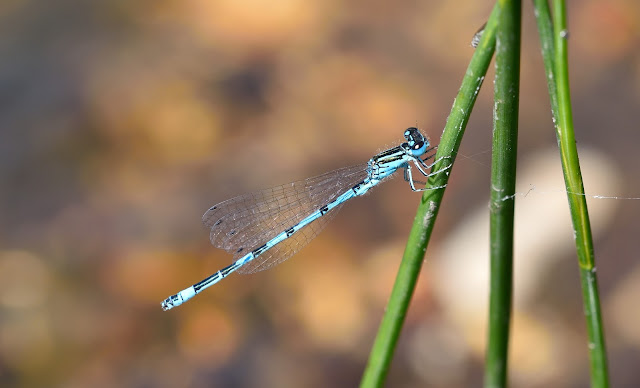 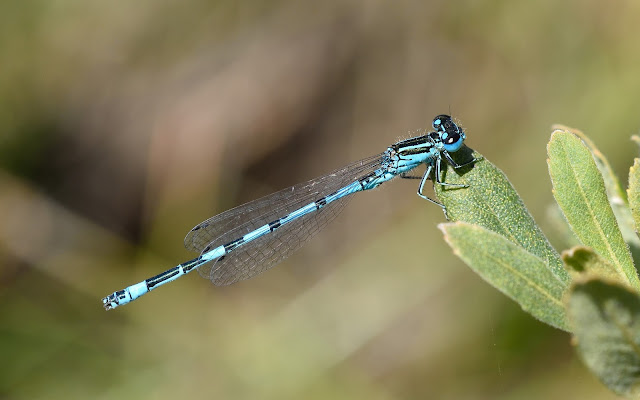 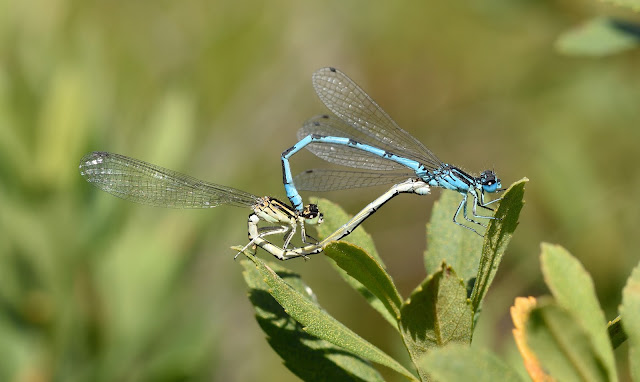 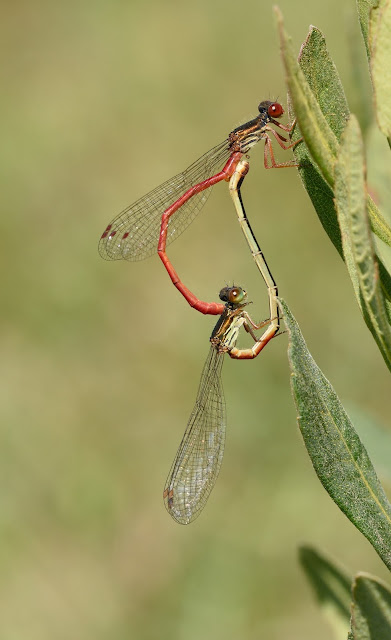 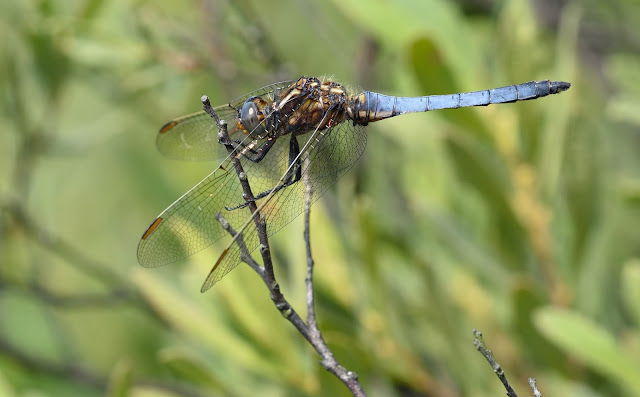 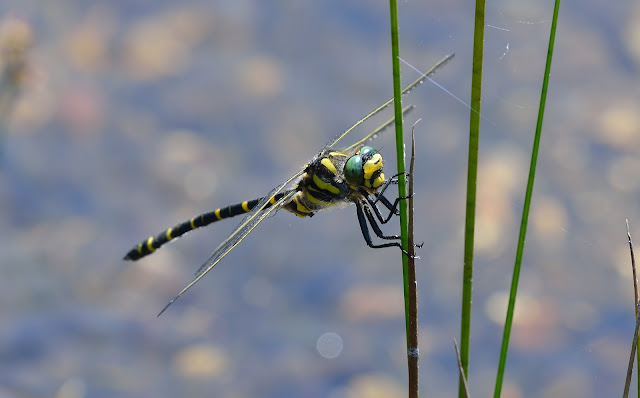 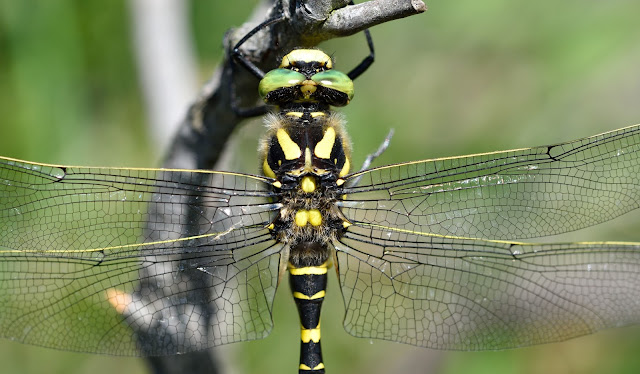 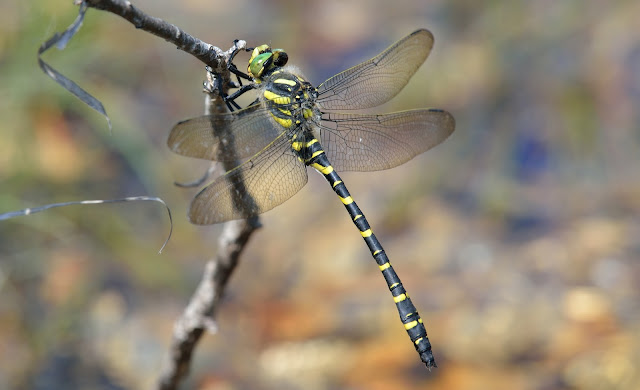 Golden-ringed Dragonfly over the stream. 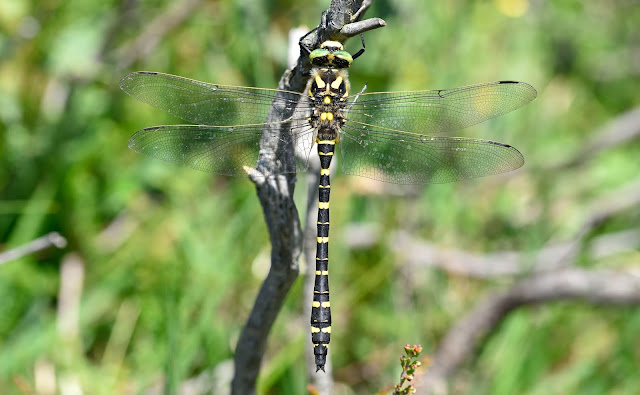 On the way back home it was decided to see if I could find the rare Bog Orchid, a species I had only seen the once before. The site had changed very little in the years since I was last here. As it happened I only found the one orchid that was growing next to Sundew in the wet boggy ground. 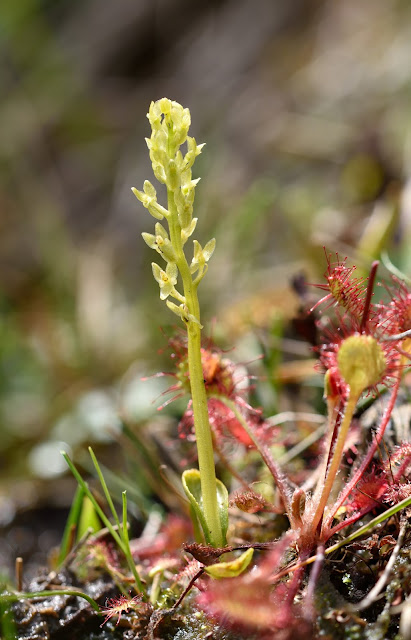