Hunting for Adders among the Gorse Bushes I came across a male Stonechat that was more than happy to hunt for flying insects even though I was very close. In fact it was so relaxed he was standing there most of the time on just one leg. Every now and then he would take off to catch an insect, but he often came back to the same perches. 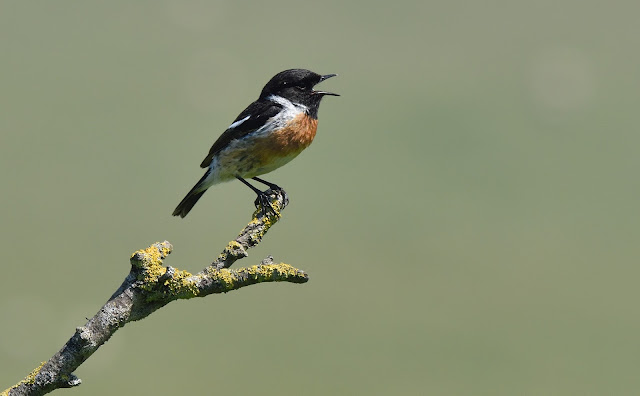 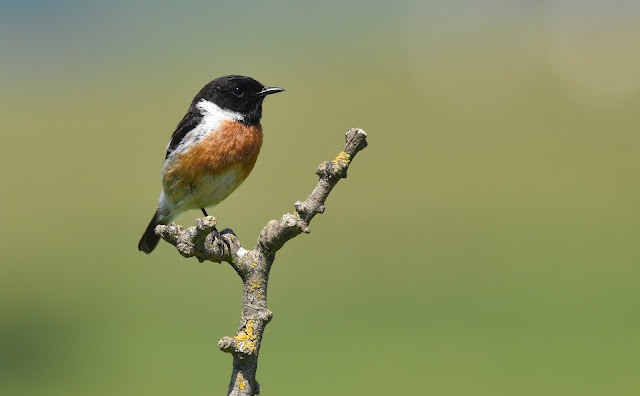 Stonechat looking out for flying insects.

I was also lucky to stumble across a female Common Blue, just before she went to roost. Once roosted she kept curling and uncurling its proboscis which was quite interesting. This she was doing for over 20 minutes, in fact when I left her she was still doing it. 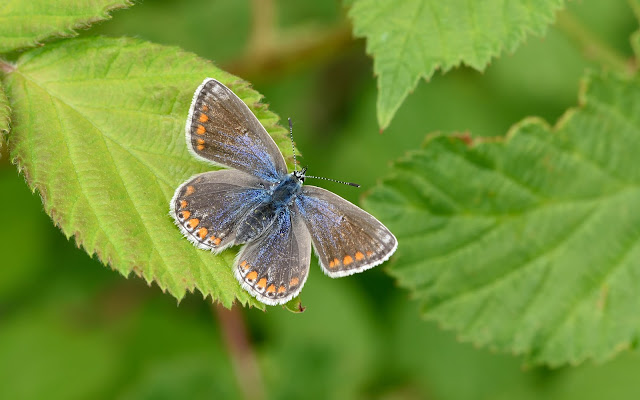 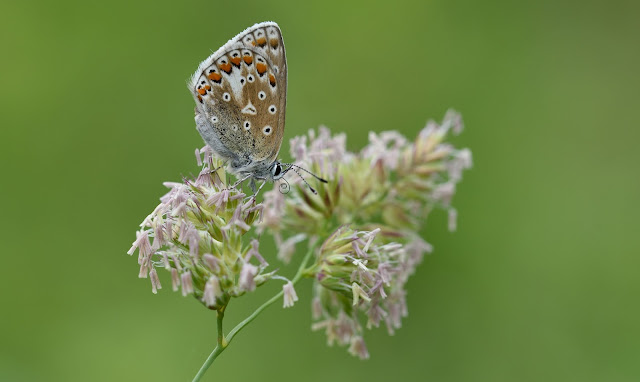 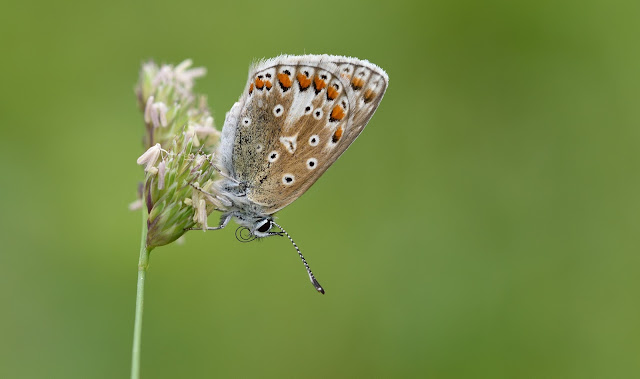