I had planned a possible trip to see the Black Hairstreak on Monday, but as the weather was looking pretty poor I reluctantly decided it was just to far to travel just to look at clouds and rain!!
Instead I set the alarm and headed over to West Sussex to hopefully see the beautiful Silver-studded Blue. It was similar to a trip I did last year, mixing it with a hunt on the Downs for orchids. I arrived at the site for the Blues at around 7.20 and was immediately disappointed to feel that the wind was much stronger than forecast. However, within 5 minutes of arriving I was looking at the first of several butterflies seen. With mainly heavy cloud and the wind it was never going to be easy getting some shots, but a few were just about worth keeping. It was certainly chilly in the strong wind and every time the butterfly was in focus an extra strong gust seemed to come along!!
Unfortunately, it was never going to be warm enough to see some emerging butterflies with their attendant ants, something that I witnessed for the first time last year. It was good however, to see butterflies spread out over quite a large area. 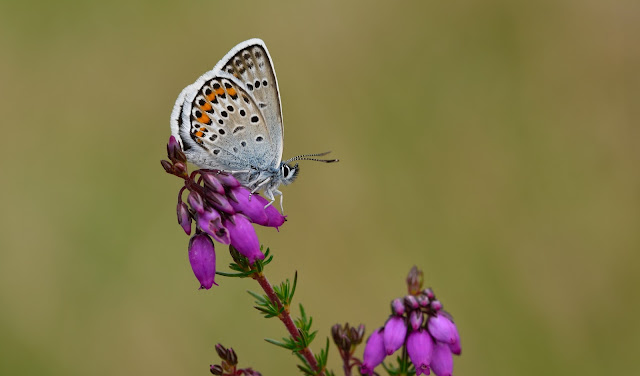 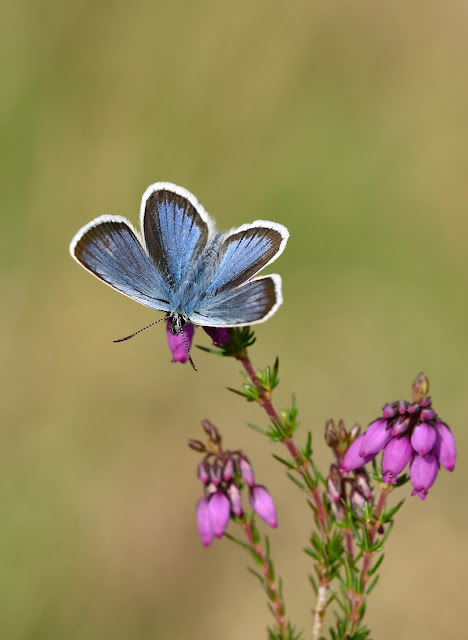 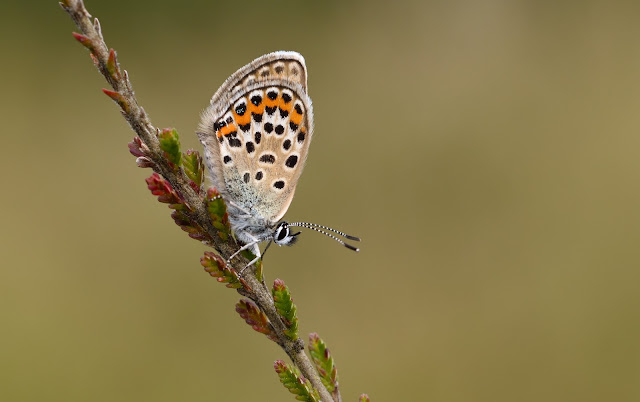 By 8.30 I decided to head for the Downs to check out some Orchids, as the wind had by now increased further and photographing the Blues was now all but impossible. Fortunately the slopes of the Downs gave me some shelter from the worst of the wind and I was pleased to find a smart Fly Orchid and several Musk Orchids. 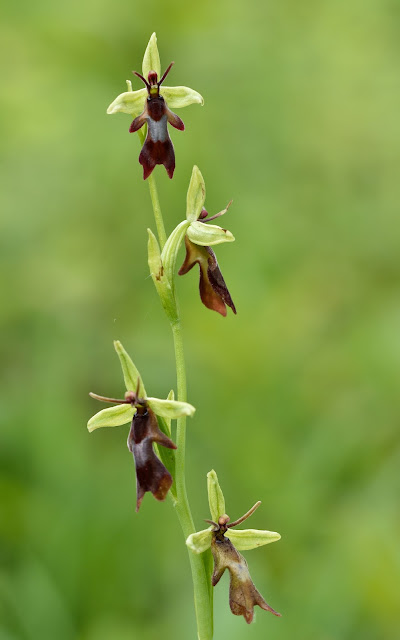 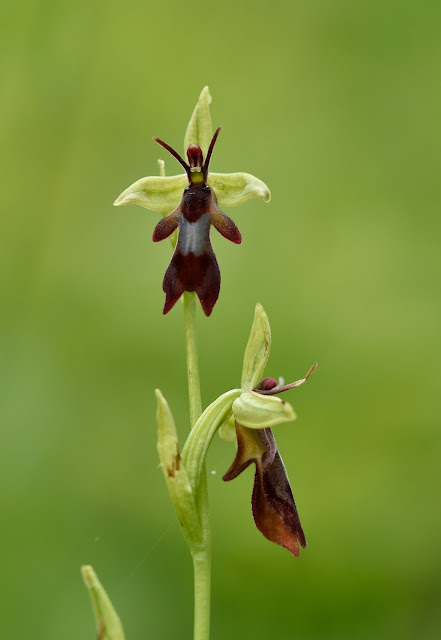 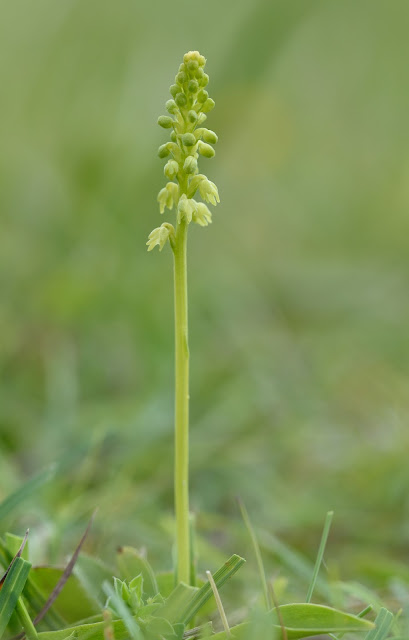 Arriving back home by lunchtime after a successful morning, and knowing the rest of the week was not looking too good weather-wise I headed out again in the afternoon for a walk on the patch. It has taken a long time this year to see the Small Blue here, so it was really rewarding to see at least 7 of these tiny butterflies. 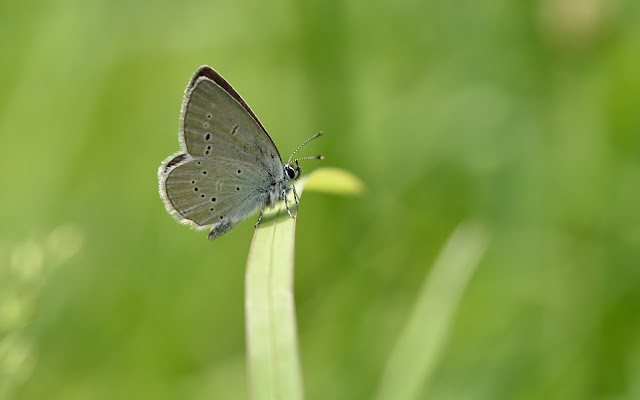 A very long, but satisfying day, even though the Black Hairstreak would have been even better!!

Posted by Bob Eade. at 18:01
Email ThisBlogThis!Share to TwitterShare to FacebookShare to Pinterest