Most years I make a single visit to Surrey for the spectacular Purple Emperor, a very special butterfly that every enthusiast wants to see. This year I was keen to get an early fresh butterfly to photograph, and hopefully catch the moment when the light catches it right to make the wings become blue. I was very lucky this year to have an invite from Mark Colvin, and to be able to take advantage of his local knowledge of the area, including phoning me as soon as they had started to emerge. In the end I made the trip 3 times to try to get what I was after. Unfortunately I failed to get the complete blue male, but instead, succeeded in getting a much rarer sight and several photographs of the females. A few years ago Mark had taken the best photo I had seen of the female so it was quite strange that he was there to help me get such a prize for myself.
Starting at just after 7am to avoid the 34 degrees heatwave it wasn't that long before we started to get some action with the first butterfly on the ground being the first superb female of the 3 days. 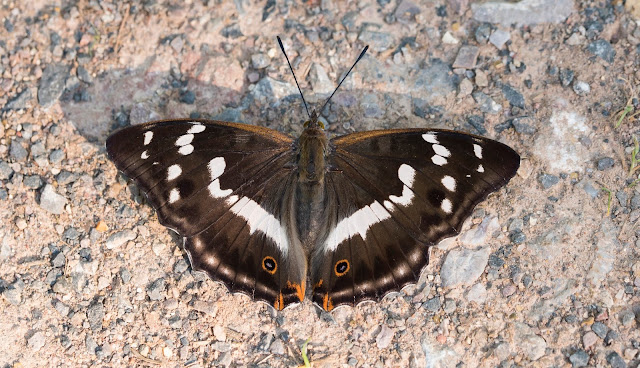 After seeing this beauty fly up into a Birch we watched her for several minutes before she vanished. A little further along the track a male Purple Emperor was seen getting nutrients from some Horse dung. During the first 2 days we saw  males in this spot several times. After feeding they would occasionally rest up low in the foliage. 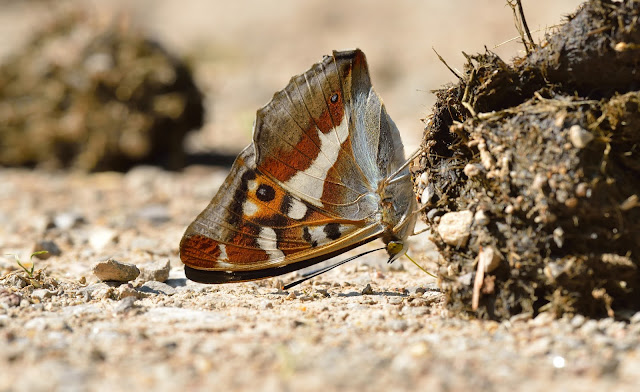 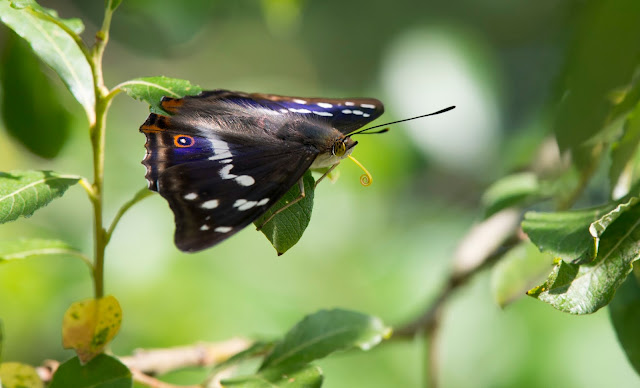 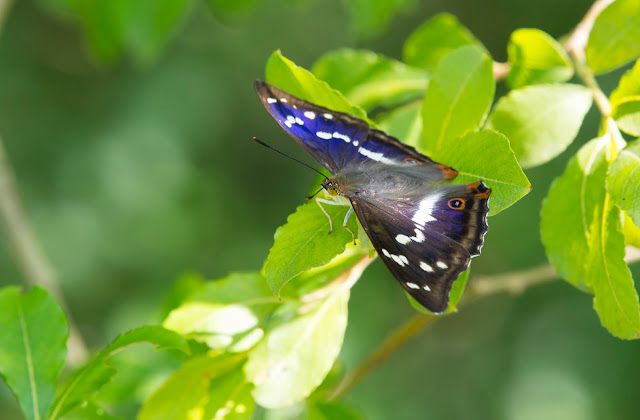 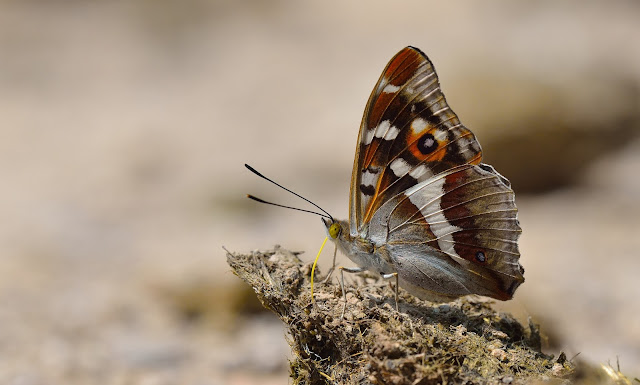 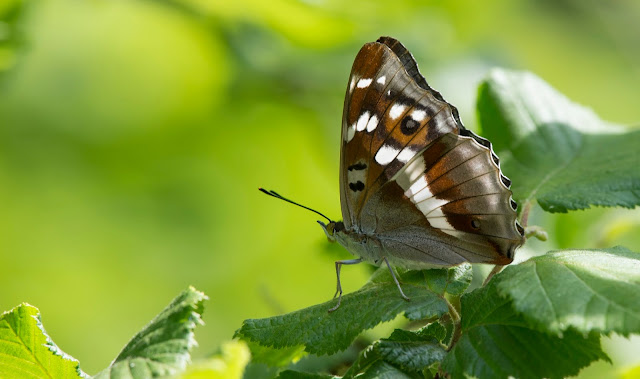 By lunchtime the heat of the day was too much for both of us and the butterflies, but a couple of days later the excitement increased!!!

Posted by Bob Eade. at 16:37
Email ThisBlogThis!Share to TwitterShare to FacebookShare to Pinterest