My 2nd trip looking for Purple Emperors was one of those days that will be remembered for an awfully long time. I once again met up with Mark Colvin and we were also this time joined by Nigel Kemp. With 3 of us we spread ourselves out a little so we could check a larger area. I was enjoying watching some White Admirals and Silver-washed Fritillaries when Mark called to say he had watched an Emperor land in a Hazel tree. With the binoculars I thought I had seen a hint of Purple, but I must have imagined it as this was a stunning, newly emerged female. She performed beautifully in the tree, albeit a little high, although I could get some nice images with the telephoto lens. 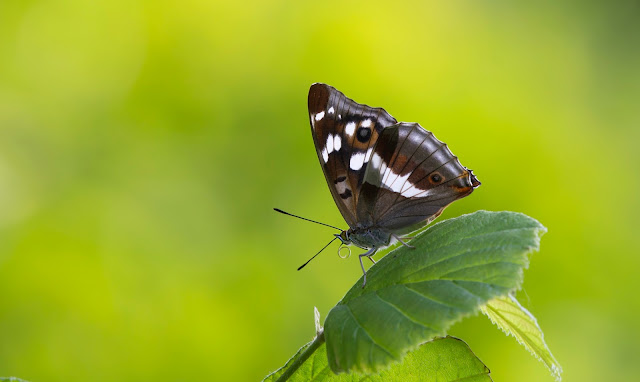 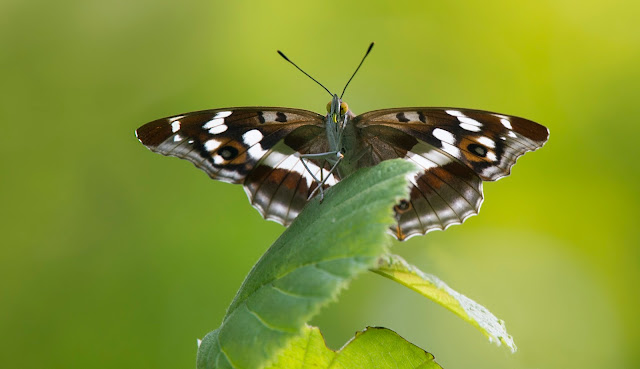 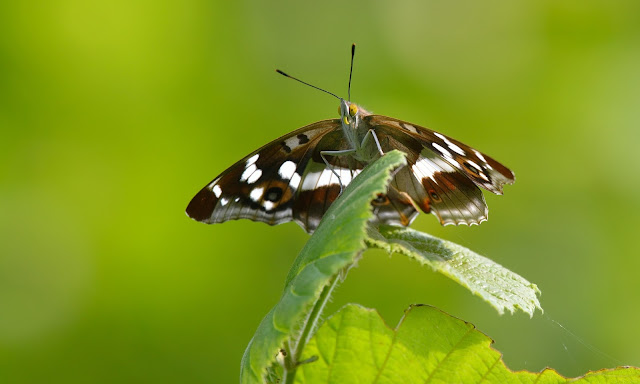 After a few minutes she took off and we thought that was the end of watching her. However, we followed her along the track and couldn't believe it when she landed on the ground. This was our 2nd grounded female in 2 visits which is almost unheard of. Here we could see she was in even better condition than the one we had on the previous trip. 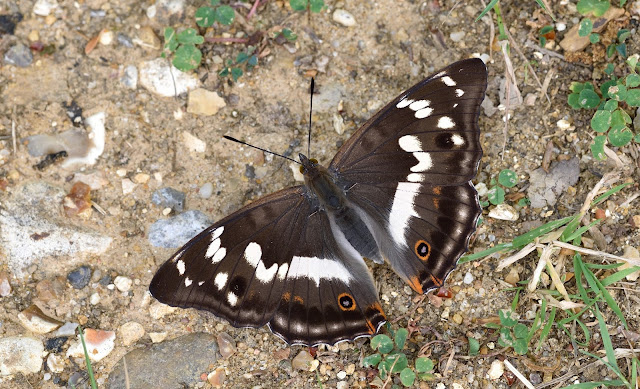 All 3 of us managed several shots before she took off again and this time she landed in a Hazel tree at more or less head height. After we all once again got some quick shots Mark pulled the branch down in the hope she would stay there and the angle would improve. Amazingly, she did stay put. I then took over from Mark and pulled it down yet further when the angle became perfect. Fortunately I was still able to take one handed photos with both Mark and Nigel firing away just above my head. One of the best butterfly experiences we have all ever had. Eventually she did take off and was lost to view. What a fabulous looking girl she was!! 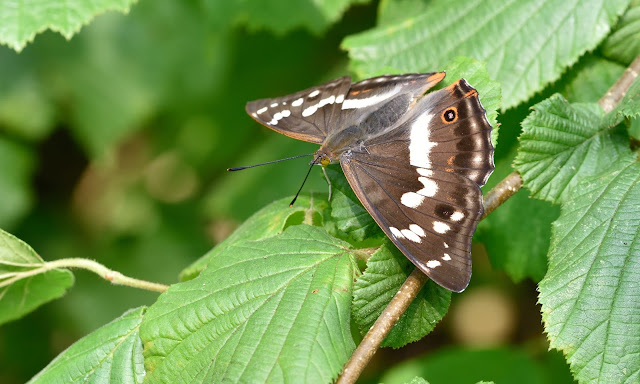 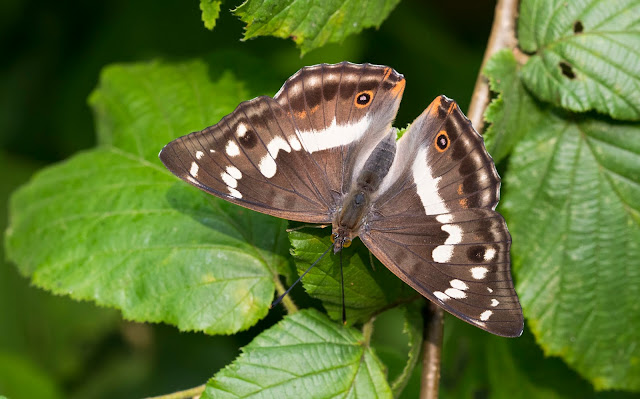 This was still early in the day so we carried on walking the tracks in the hope of seeing more. We did see several grounded males feeding again on horse droppings as well as plenty of White Admirals and Fritillaries. We then saw another large Purple Emperor fly past and this too landed low in a bush, although the lighting wasn't brilliant. After taking flight again, we had seen that this too was a female, she dropped down to the edge of a very narrow stream where she picked up moisture. This meant 3 different female Emperors had grounded for us, and all were in great condition. A totally amazing 2 days spent in great company and with a lot of luck. Thanks again to Mark for the help in getting these shots. 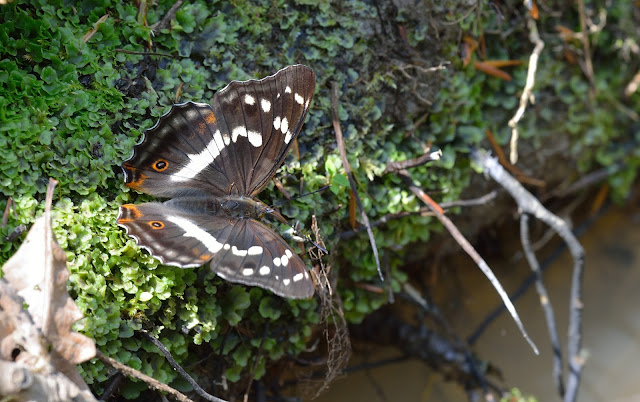