Probably, like most of us interested in wildlife, I set myself targets in January for species that I hope to see during the year. Most of these targets I miss as time restraints hold me back, or the weather goes bad at the wrong time. Anyway, the week before my Norfolk break I was trying to fit lots in including a trip to Wiltshire to see the Marsh Fritillary, a species that I have failed to see for the past 3 years. It was looking as though I was going to run out of time again, and reports from the site I was hoping to go to were not encouraging either. On our Wednesday walk I spoke to Nigel about where to go and he suggested his normal site. However, on the Wednesday night I checked the internet and the best bet looked like Martin Down which seemed to be having a much better year than normal for this species. It also had the added bonus of being a particularly good site for Turtle Dove and Burnt Orchids. As I went to bed on the Wednesday I still wasn't convinced that I would make the trip, but waking up at 5.30 I decided to go for it. Leaving home at 7am I managed to avoid the worst of the traffic and I arrived at Martin Down at 8.30. By 9am I was looking at my first Marsh Fritillaries, and even better, I was on my own. Walking around the site I must have seen 80-100 of these delightful butterflies, with most of them being in pretty good condition. Several Small Blue were also seen in the area. With it being mainly sunny, but with enough cloud cover to stop them being too active I managed several pleasing images, and certainly better than I have managed in the past. All this whilst listening to the sound of several Turtle Doves too. By around 11 am a few more people had turned up, but by then I had seen and photographed plenty so I could just enjoy this fabulous reserve. 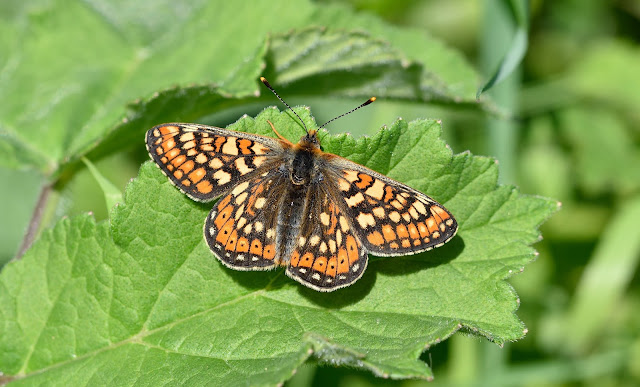 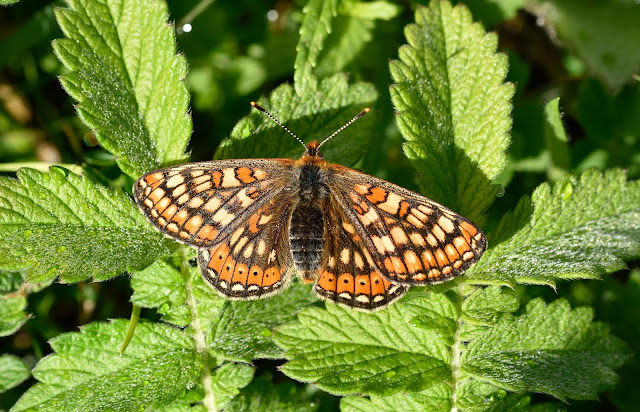 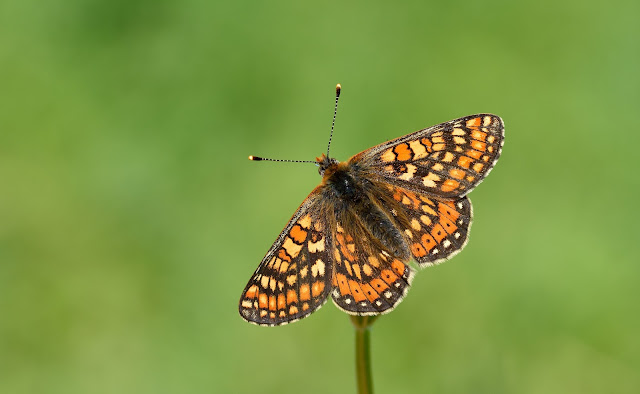 A poser of a Marsh Fritillary. 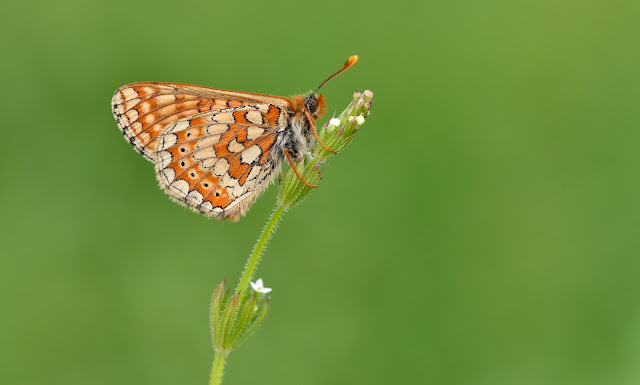 In the end I also had 3 very good views of the Turtle Doves, probably all different birds. There was also a very good showing of Burnt Orchids on the reserve, although apparently, not as good as most years!! These though made our sighting of this plant locally the previous day look pretty pathetic!! 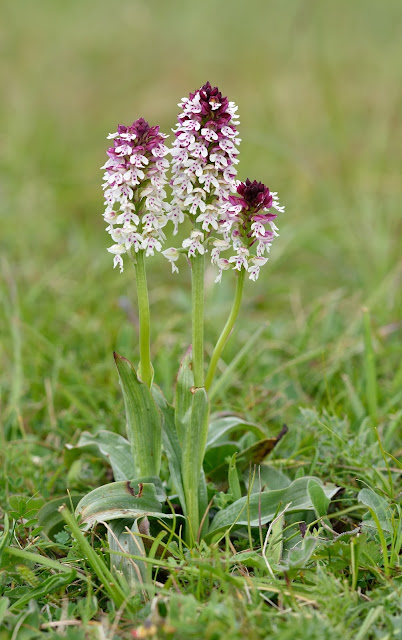 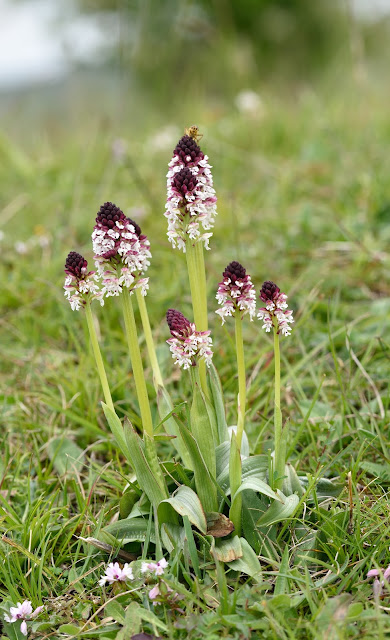 A bunch of 8 Burnt Orchids!!

A Bloody-nosed Beetle larva was also seen nearby. 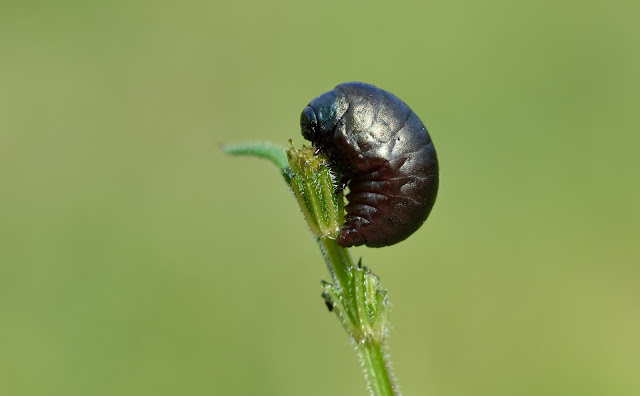 As I finished much earlier than expected at Martin Down, rather than driving straight home I decided to head for Plaistow to check out the 1st brood of Wood Whites. Unfortunately, about 5 miles before I arrived it started to rain. I decided to carry on though and as I walked along the rides I started to get very wet as the rain got heavier. Fortunately, I found 4 roosting butterflies easily. The light however was by now very poor. I struggled to get any decent shots of them, not helped by the water dripping off the trees above, but I did just about get a shot of one of the butterflies as it roosted on Greater Stitchwort. I was wondering whether to wait to see if the rain would stop. If I had I would still have been waiting the next morning!! 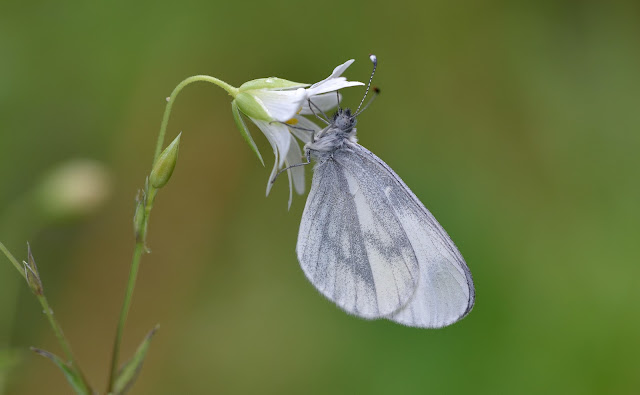 A wet Wood White on Greater Stitchwort. I was even wetter!!