A few days before my short Norfolk break Nigel and I had a stroll over the local Downs hoping to see a few of the local specialities. Adonis Blues were quite evident and I was pleased to get my first Small Blues of the year too. However, it was a strong emergence from a local pond, of Broad-bodied Chasers that proved to be the highlight of the walk. We had missed many Emperor Dragonflies with well over 20 exuviae seen in the vegetation of the pond, that was apart from one Emperor that hadn't emerged properly and the wings hadn't formed, but there were still several of the Chasers that hadn't at that time flown and were posing for the camera, both male and female. 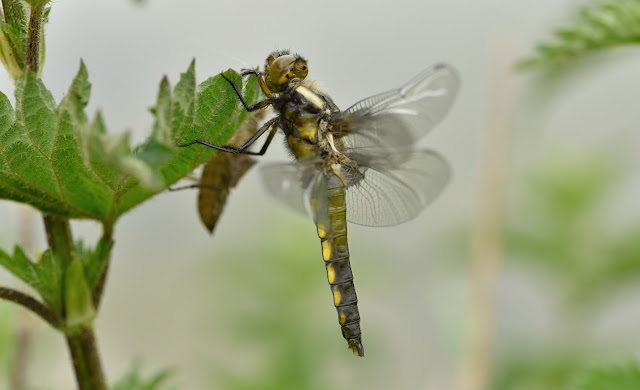 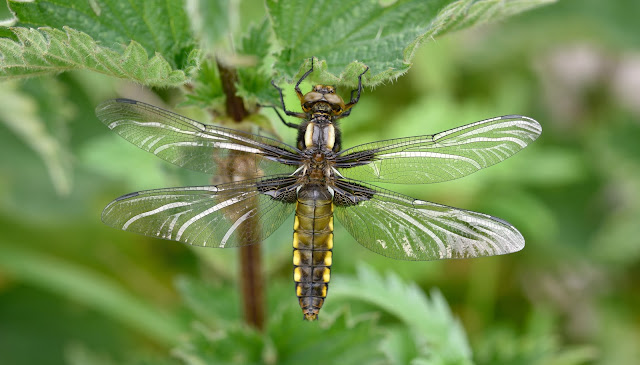 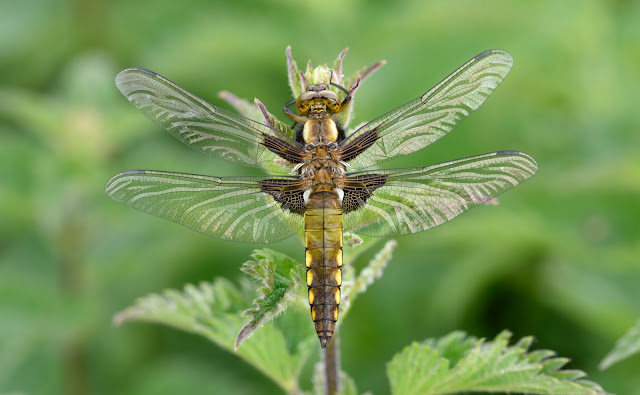 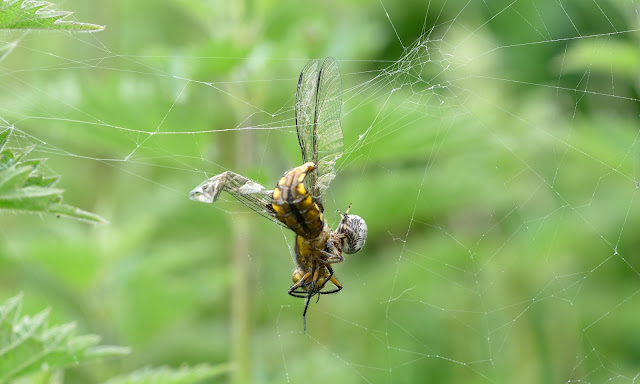 A Spider with a ten course meal!!

I also came across a female Yellow Belle moth at a site that this moth was unknown from. Some distance away we also checked out small numbers of the earlier form of Burnt Orchids. 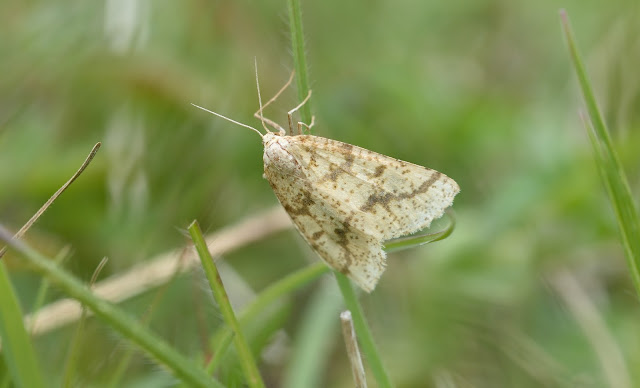 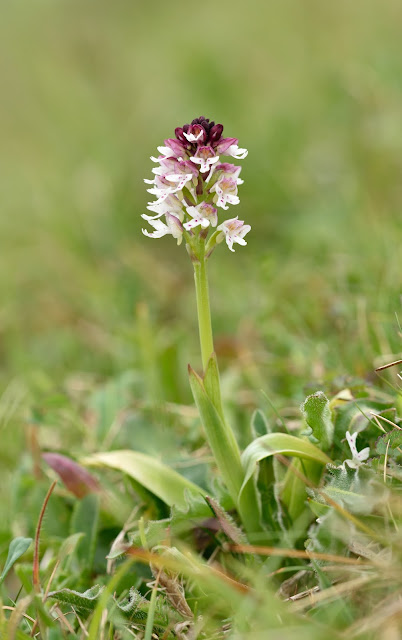