With a short break to Norfolk coming up I had seen a few shots of some dragonflies in the area that I was heading from a Flickr contact Jon Mee. I asked him for some suggestions for sites and he came up with a really good site for Scarce Chasers that was on the way to where Pen and I were staying. As it happened, the site was so good I visited it on the way back home as well!! Even better, it was possible to park very near to the river and being flat it suited Pen.
Within a minute I had an immature male Scarce Chaser posing perfectly, and for the next couple of hours I saw many of these beauties, both male and female. As most had also only emerged in the past few days they were all in excellent condition. There were also plenty of Damselflies flying as well as a few Banded Demoiselles. Male Orange-tips were also very evident in the area. 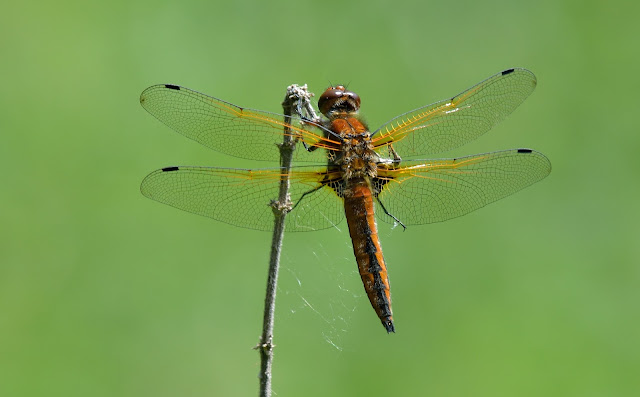 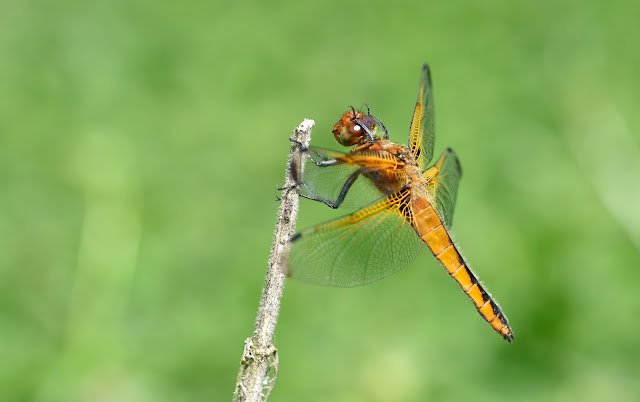 Female Scarce Chaser showing another use for its front legs!! 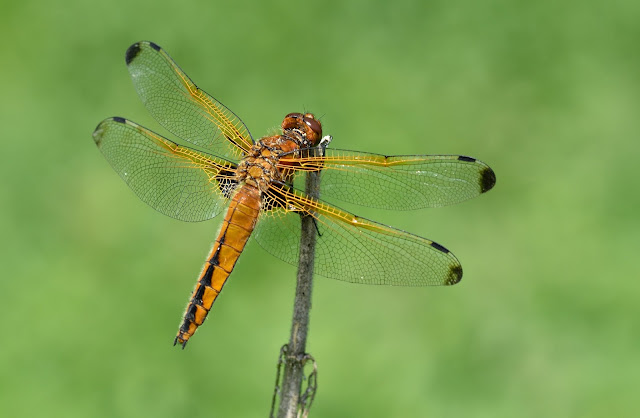 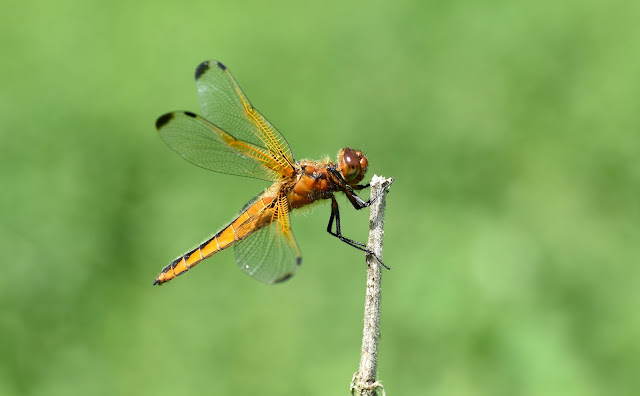 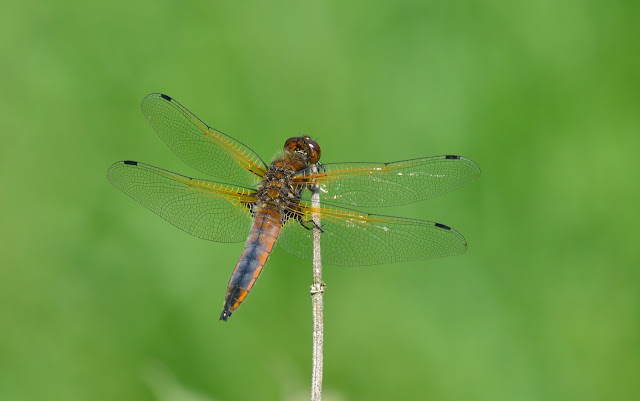 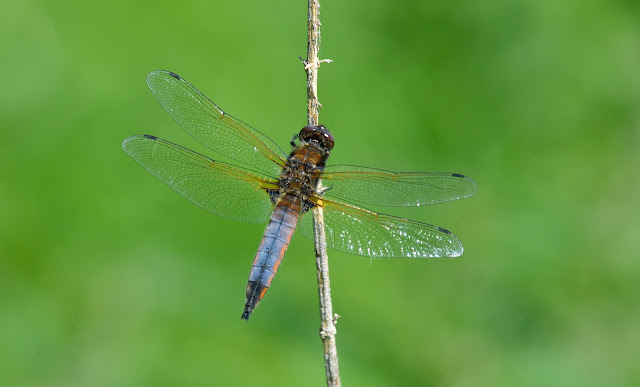 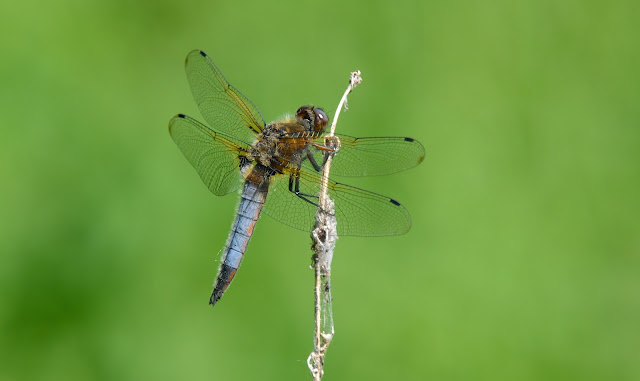 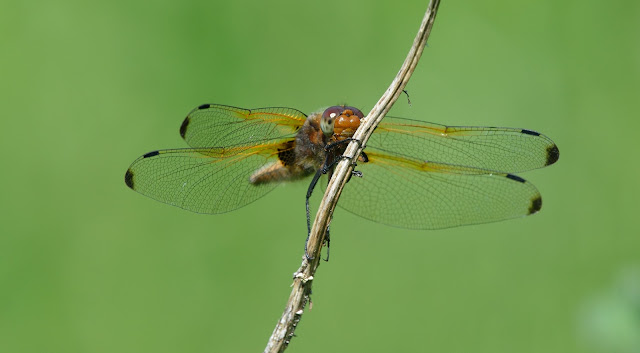 I was also seeing plenty of Red-eyed Damselflies resting on the riverside foliage, something that rarely happens on my local sites, where they only seem to rest on the lily pads. 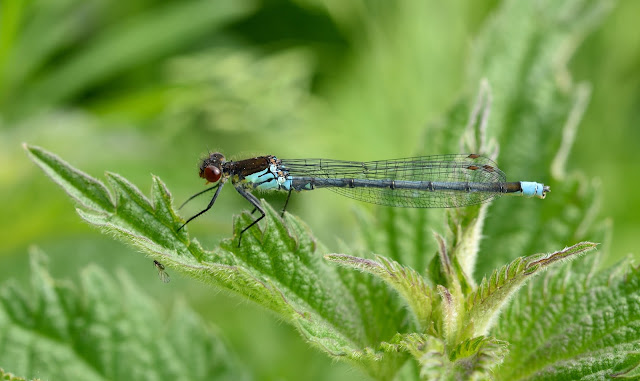 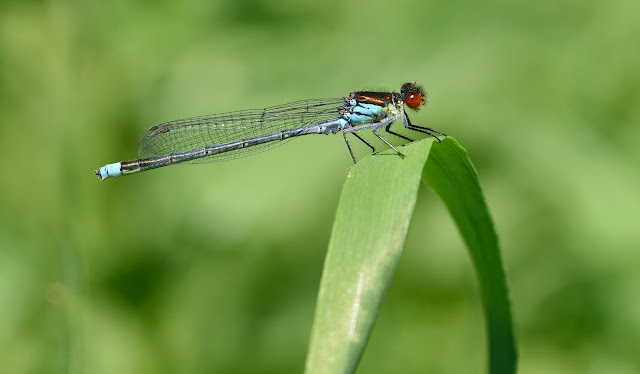 It was also a treat watching a pair of Hobbies hunting the dragonflies along the river, as well as a smart Kingfisher flying along.
My thanks to Jon for suggesting such a wonderful place, it was the highlight of the trip despite seeing some Swallowtails!! You can see some photos taken by Jon at
https://www.flickr.com/photos/jon-mee/