With it being cloudy now, for what seems to be forever, this week has been a struggle to find much to photograph. Having said that though, by getting out there little gems can still be found. On Friday I was with James, and in Abbotts Wood we were checking out the Orange-tip eggs that we had seen a few days earlier on some Garlic Mustard. I spotted a tiny larva, and then we saw another. One was very near a hatched egg and for a few moments it was possible to get both just about in focus. Lets hope that this tiny larva manages to avoid all the hazards that await it and next year it will be fluttering along the woodland rides. It is thought that this egg has actually been eaten, as a hatched egg is normally opened at the top. It is well known that Orange-tip larva are cannibalistic and it could well be this one that has eaten the egg to stop competition on the plant. 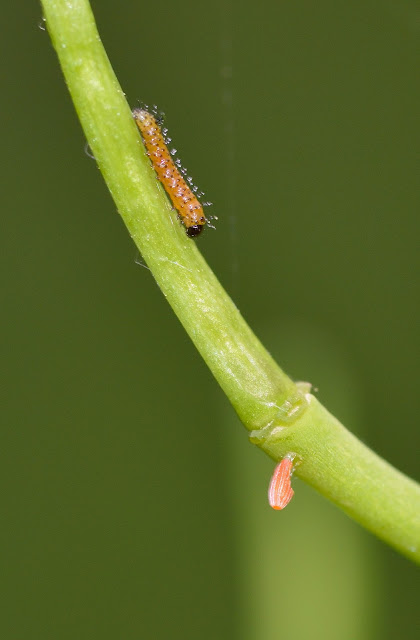 The previous day I was in the same woodland with Pete and he spotted a tiny micro moth that turned out to be a moth rarely seen in Sussex, the attractive Lobesia reliquana. A much more common micro also showed itself, an Esperia sulphurella. 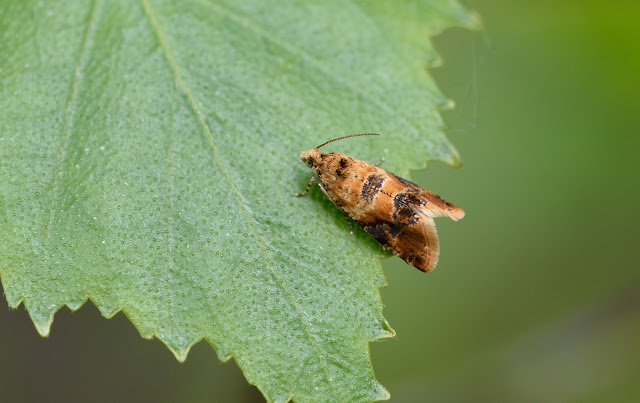 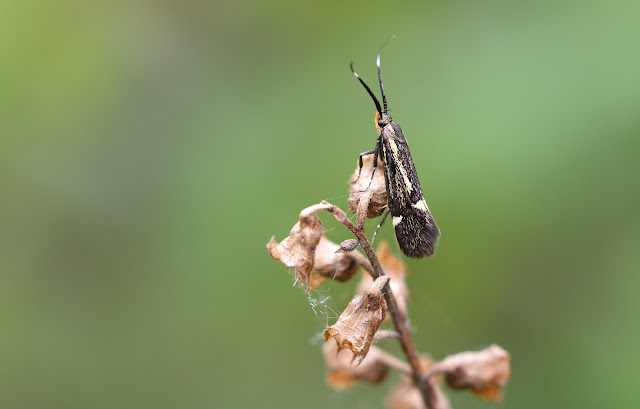 The best was still to come though with my butterfly survey in a private wood on Saturday. I was lucky to come across a pair of mating Grizzled Skipper. The male was a very smart ab. taras.
This really smart form of the Grizzled Skipper is reasonably frequent in a few Sussex woodlands and is always a welcome find. Maybe this pairing will result in more of these next year. 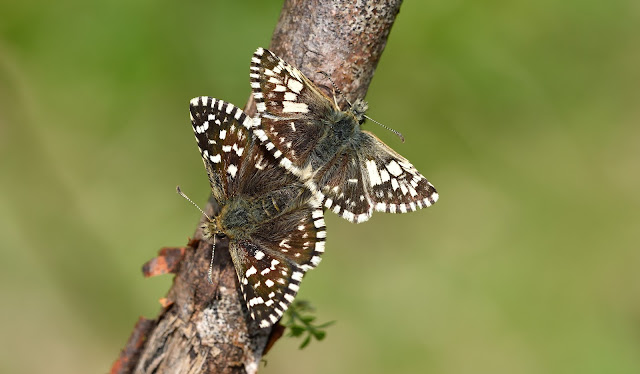