With news that a particularly tame Cuckoo had returned for a 2nd year at a heathland in Surrey I thought I should dust off the birding lens and get some use out of my largest investment amongst my photographic equipment. With sun forecast for the morning Phil and I made the trip over to Surrey in reasonable time, making sure we were ahead of the rush hour.  Once at the heath we then had the task of finding the area that the bird favoured. This was helped a little by hearing a Cuckoo in the distance, so we headed off that way. Eventually we saw a few other birders that were obviously there for the same reason. We were told we had just missed the bird by 15 minutes but that it shouldn't be too long before it completed another circuit of its territory and would return. Well, that sounded promising, but for the next 2 hours we were listening to the sound of at least 2 Cuckoos over the heath with one occasionally sounding a little closer. Fortunately everyone was patient and that was eventually paid off when the very loud sound of the Cuckoo was heard from a tree just behind us, we then saw the bird fly to a tree opposite where it sat calling occasionally for around 5 minutes before it suddenly flew towards us landing really close. Here he performed admirably for around 10 minutes before he flew back up into the trees. By now the cloud was building up so it wasn't long before we headed slowly back to the car. Apart from the Cuckoo we had a supporting act including Stonechat, Common Redstart, Woodlark, Tree Pipit and a hunting Hobby.

On the drive home a quick search for roosting Wood White was not successful. My thanks to Phil for doing the driving. 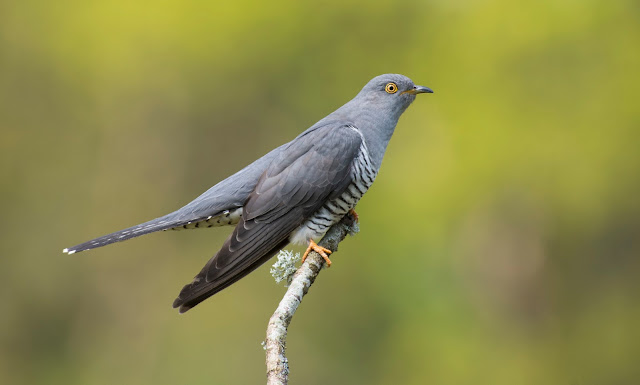 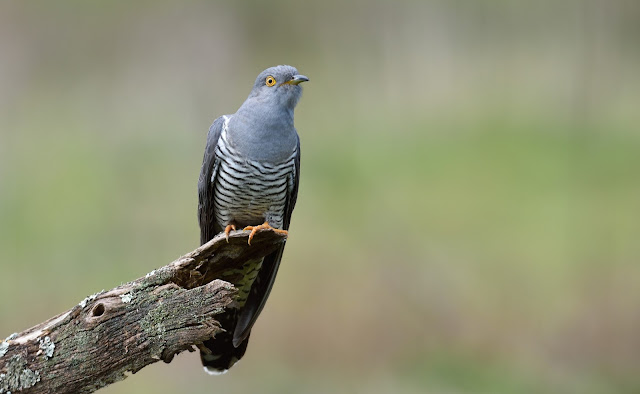 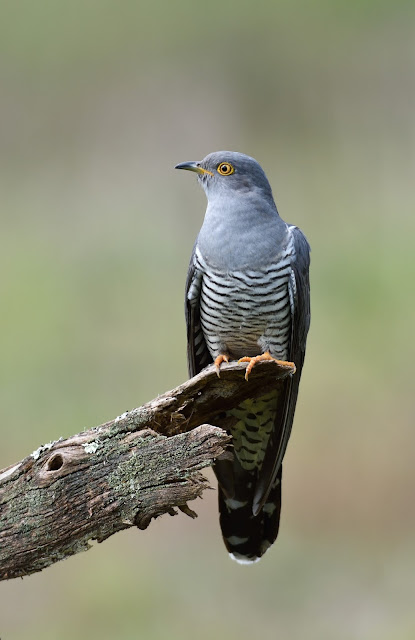 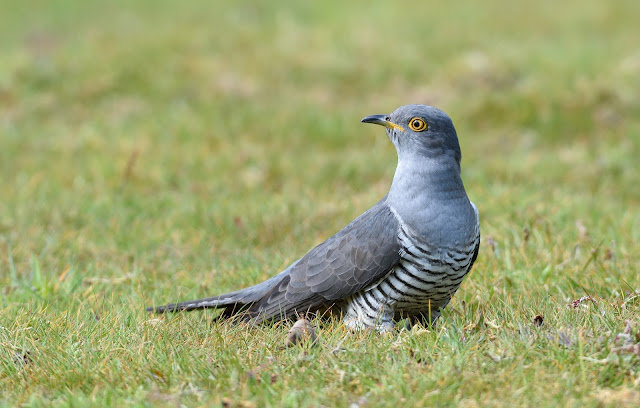 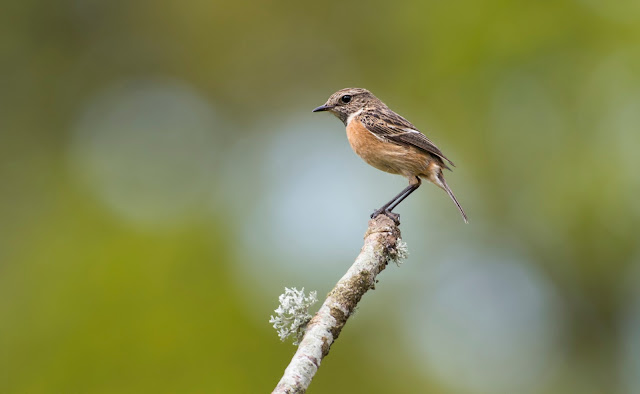 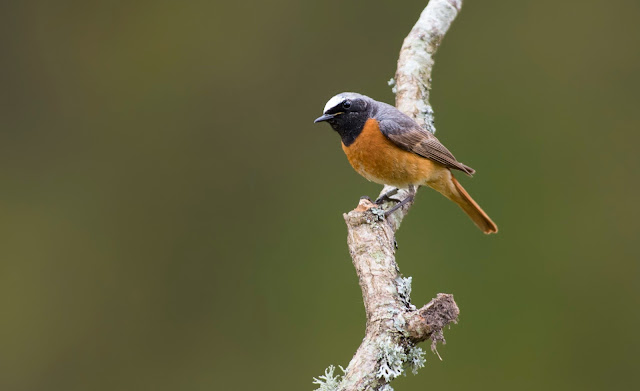