A superb day at Rye yesterday with the sun shining and, once again, feeling quite warm. It was a toss up whether to head West for raptors or East for water birds. In the end I opted for Rye, as there were 3 juvenile Scaup showing well from one of the hides. I left much later than I had planned and this was made worse with some hold-ups en route. Once there however, it was a pleasant walk to the hides where the Scaup were visible straight away. As is usual with this species though, they were fast asleep!! Being late then worked in my favour as I didn't have to wait too long for them to become active. They were soon preening before they started diving for food. Eventually they made their way around in front of the hide giving some good opportunities for photography. 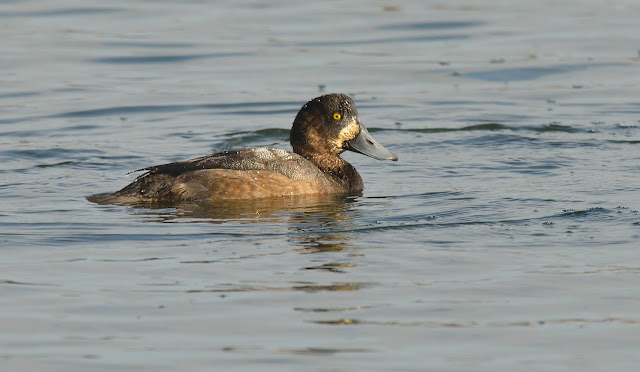 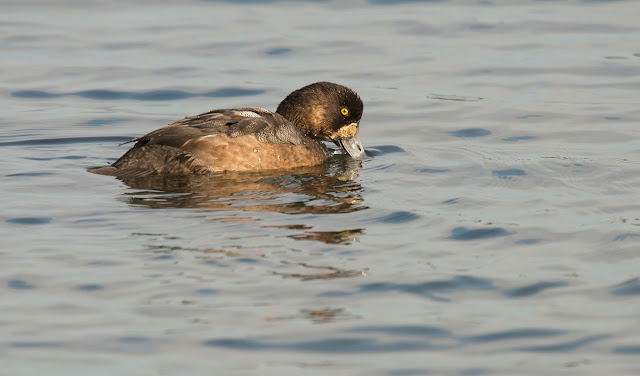 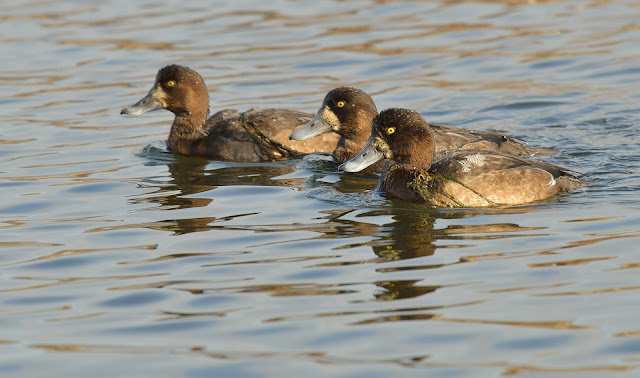 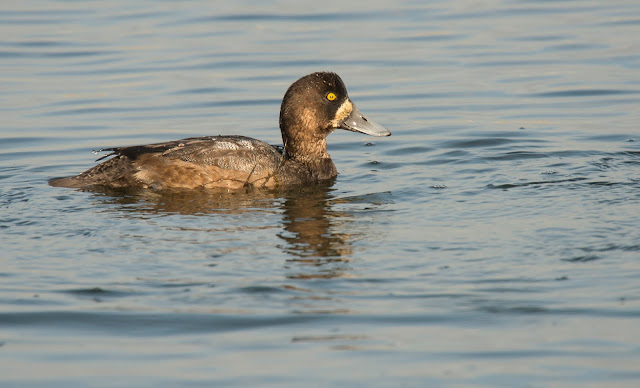 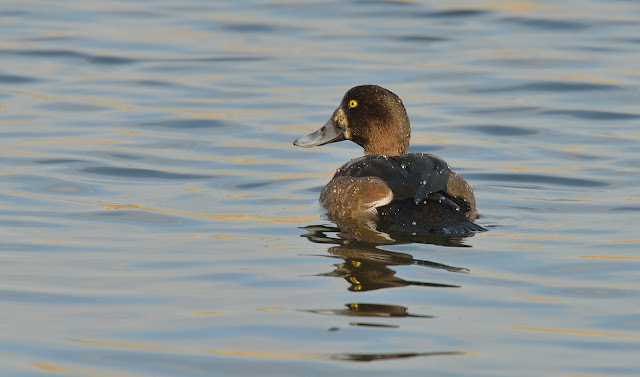 Also from the hide a female Red-breasted Merganser was seen but this was quite distant.
I then headed over to Castle Water where several Common Darters were still on the wing. Some Bullfinch were near the hide and a decent view of a Cetti's Warbler from the hide were good. 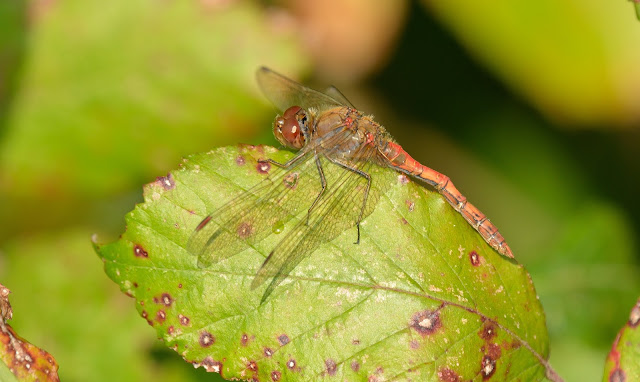 Posted by Bob Eade. at 12:20
Email ThisBlogThis!Share to TwitterShare to FacebookShare to Pinterest