On Sunday I was at the Butterfly Conservation Reserve at Park Corner helping out at the latest work party. During clearing a large amount of Birch saplings on the edge of the Beech Wood I came across several Fly Agaric, some were mature but there were also a couple in the earlier stage where they are red with the white spots before they open. This is a lovely stage and today I went back with the camera this time to try and capture them. Unfortunately today I could only find the mature stage, however, I did find one that hadn't been attacked by slugs and was among the fallen Beech leaves. 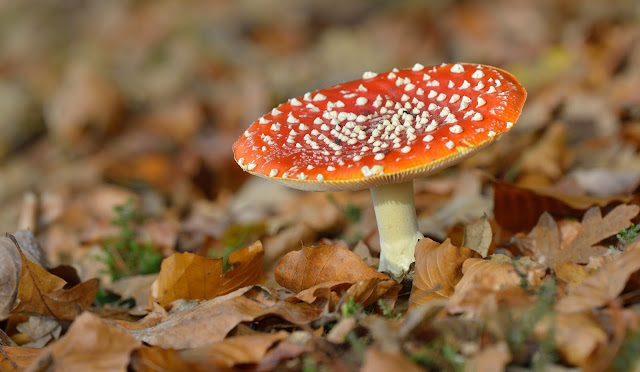 On Monday I called down to Newhaven Pier to once again see if the Purple Sandpipers had returned yet for the winter. On the lower parts of the pier I counted at least 8 of these super waders. Unfortunately they stayed on the lower part. Up on top though the Turnstones were putting on a fine show despite the very cloudy conditions. Along the length of the pier there were 10 sitting up top where I wanted the Sandpipers!! 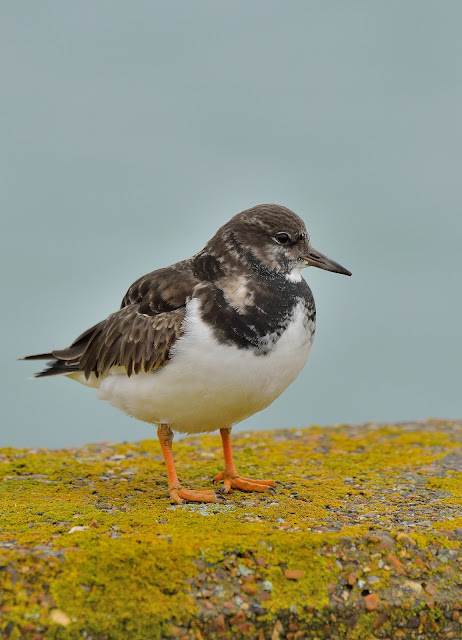 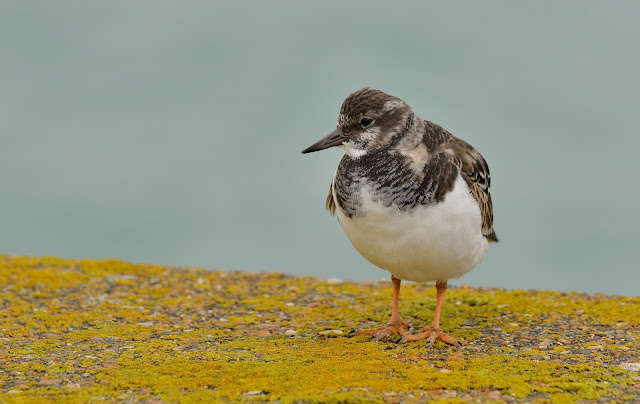