With very little happening over the last few days due possibly to the high winds I have had 3 visits to West Rise at Eastbourne where a smart Slavonian Grebe and Long-tailed Duck have been. On my first visit I was unaware that the Grebe was there and I didn't spend as much time as I should have done as it was quite approachable. I spent most of my time trying to get an image of the duck, which stayed well out of reach most of the time. During the 3 visits though, the 2nd visit mainly, I had some wonderful views of Bearded Tit. At one time I had a male and female together, although the windy conditions made it impossible for a photograph. Today the Grebe had moved on it seems and the Bearded Tits didn't show at all, however, the duck was slightly closer than it had been on earlier days, although not as close as the Rye bird from 3 years ago. The light had also gone downhill by that time with heavy cloud rolling in. 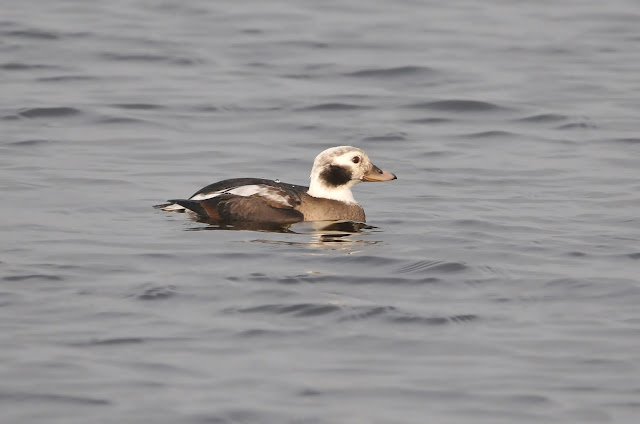 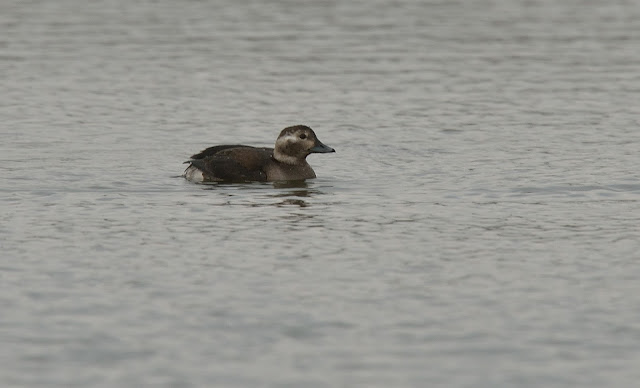 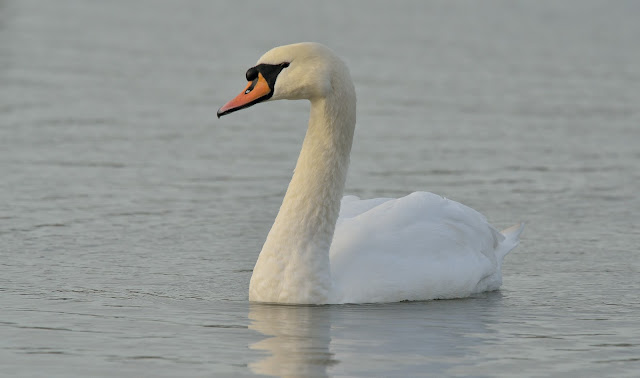 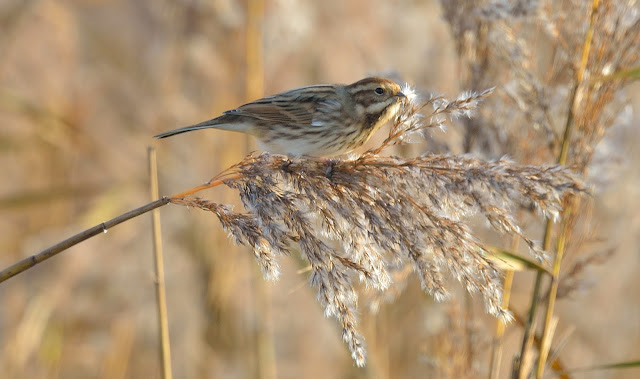 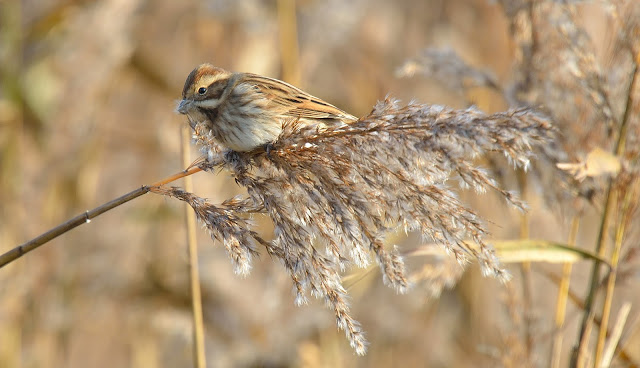 Reed Bunting feeding on the Reed. (If only it had been a Bearded Tit)!!