Last Wednesday I was the first photographer to have a go at the fabulous juvenile Red-backed Shrike at Tide Mills. It was a really relaxing and enjoyable session with only 3 others joining in the fun that day. Since then of course, the bird has become a bit of a celebrity with many others from all over joining in the fun. I decided that my first session was so good I wouldn't call back. Today though, with not a lot else around the temptation became too much and I decided to call back, mainly just to watch the bird but also to get a few different shots if the opportunity presented itself. It was strange watching a couple of younger photographers that almost ran every time the bird settled to run off lots of shots each time. I dread to think how many photos one of them took and he will still probably be sorting them out at Christmas!! 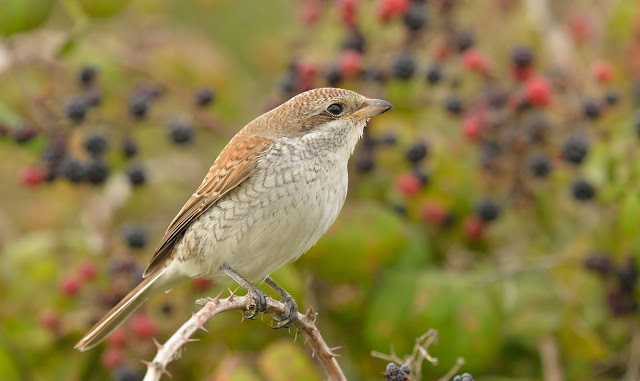 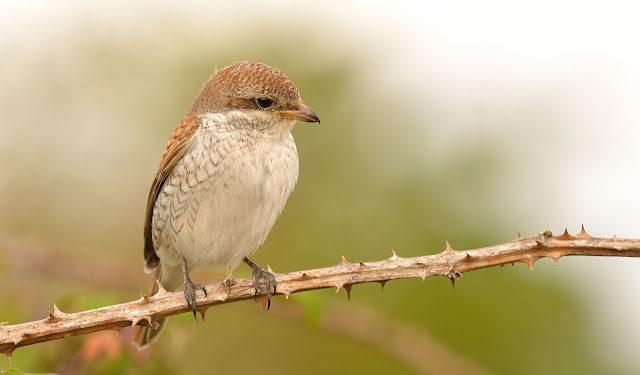 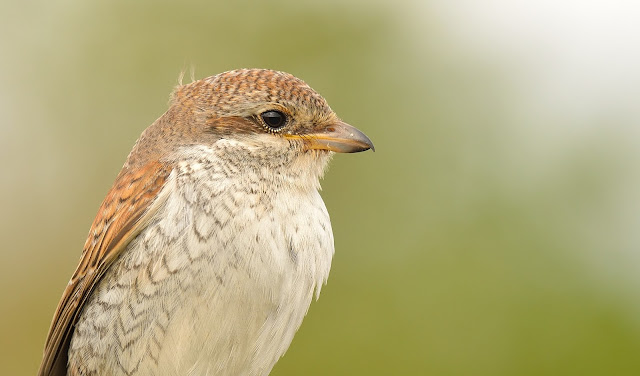 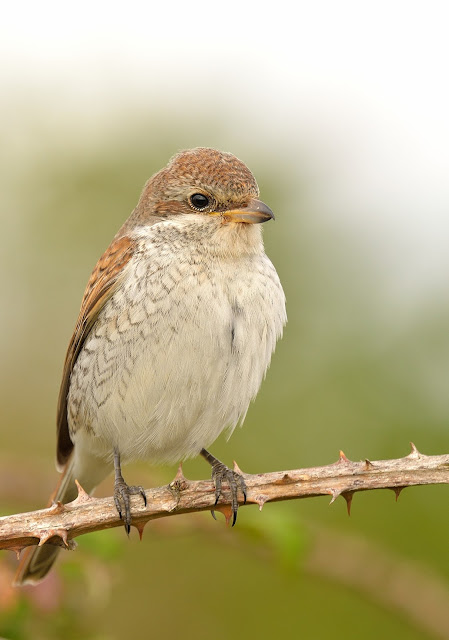 Just after these were taken there was a massive rainstorm. The bird sheltered in the middle of a bush whilst we tried to protect the equipment by standing by some Pampas Grass!! The rain soon passed but by now the bird looked a bit forlorn with soggy feathers. 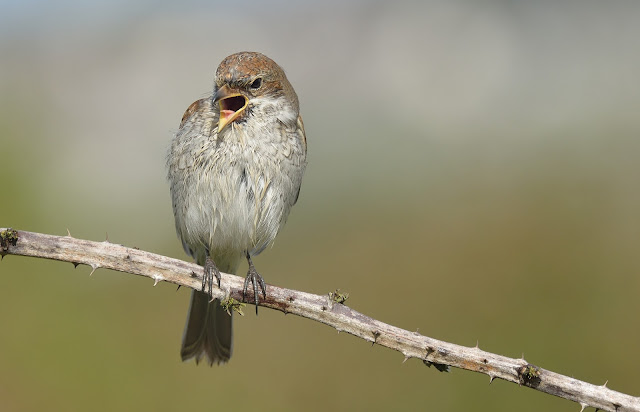 Bedraggled Shrike looking as if its going to sneeze!! 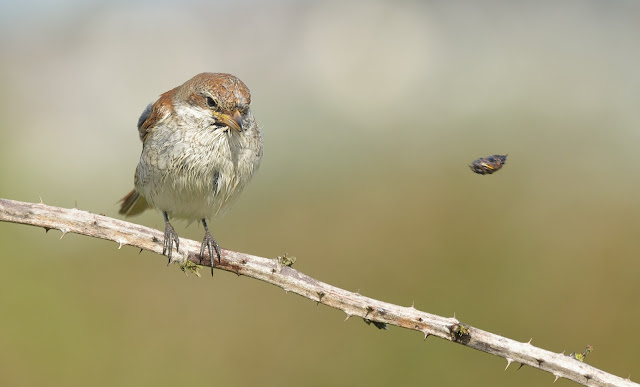 Out pops a pellet!! 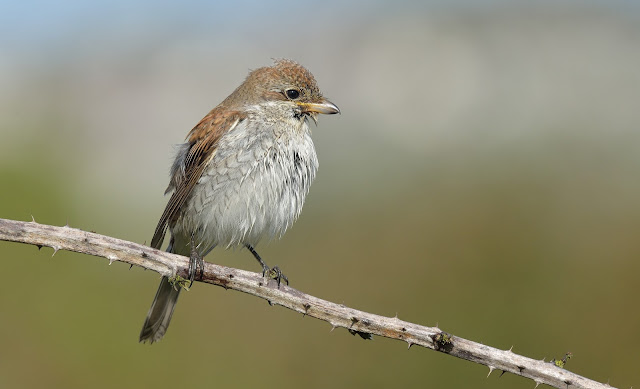 Posted by Bob Eade. at 18:48
Email ThisBlogThis!Share to TwitterShare to FacebookShare to Pinterest