After waking up at 5.15 this morning and seeing that there was no wind and only little cloud cover I thought it might be worth making the effort of another attempt at the beautiful Marbled Whites. Although I've already posted several pictures this year of these they are I hope worthy of a few more. They were all covered with a little dew when I arrived on site and with the sun already shining I spent the next 2 hours photographing and admiring these stunning insects. With them posing nicely at the tops of the grasses where they roosted I was able to shoot into the sun and away from the sun giving different effects. 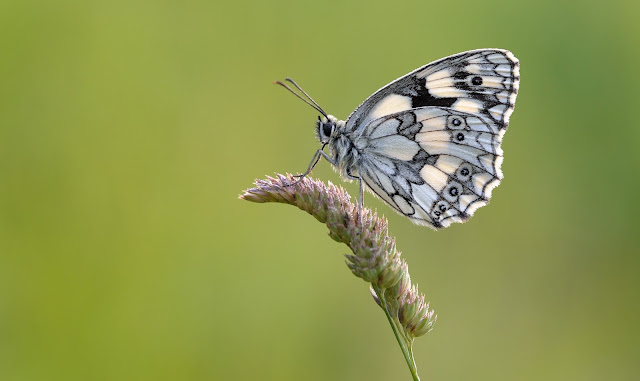 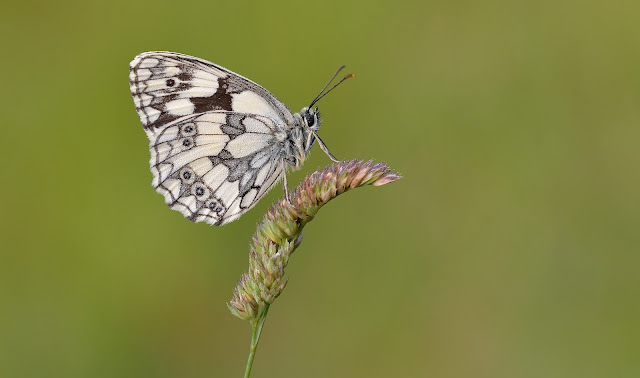 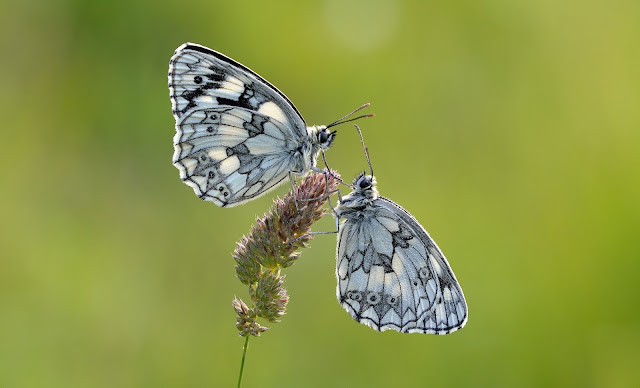 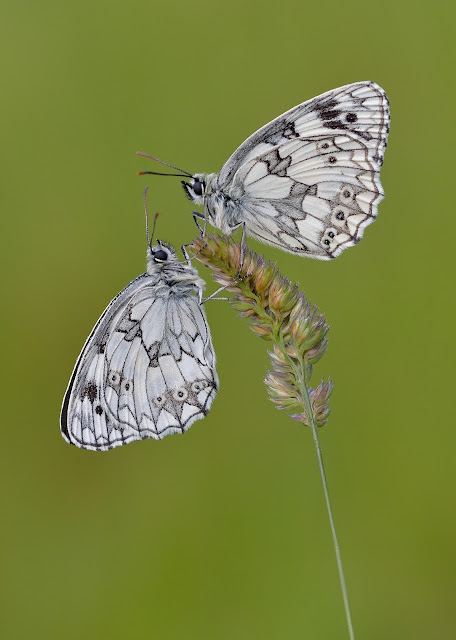 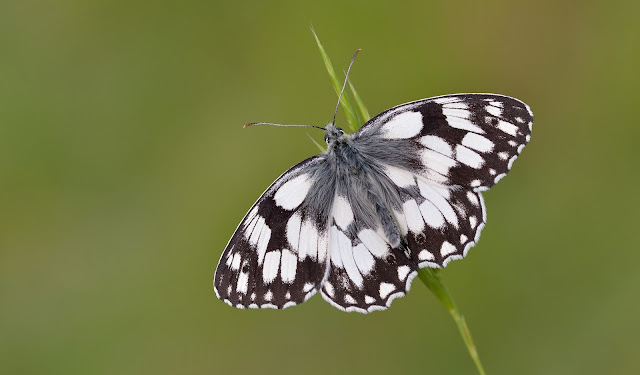 As I was leaving the area I saw the only female of the morning and I was really pleased to get a nice open wing shot of her which shows some of the differences between the sexes. 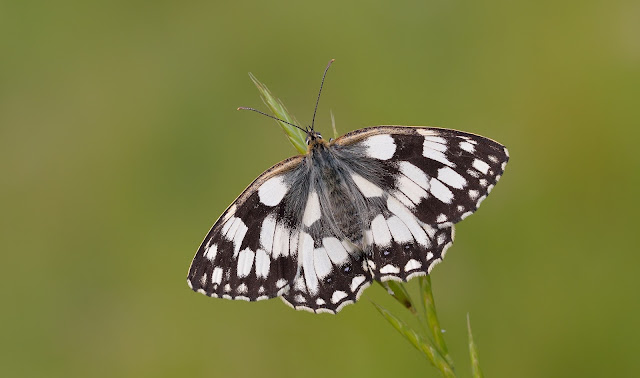 Female Marbled White. Note the shorter, broader abdomen and the hint of brown along the front of the fore-wing.

In the afternoon I headed back onto the patch where I photographed an Orange-tip larva that I have been monitoring on a Garlic Mustard plant. I first spotted it just after it hatched and was only a few millimetres long. It is now around an inch long. Following this I checked on the Burnt Orchids that have just come into flower. In this area we get both the early and late form of this delightful plant. 26 flowers were found, although some are only just starting to push up through the soil so I'm sure a few more will appear yet. 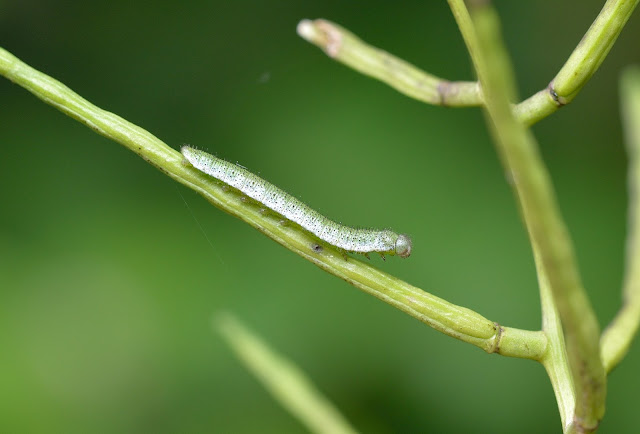 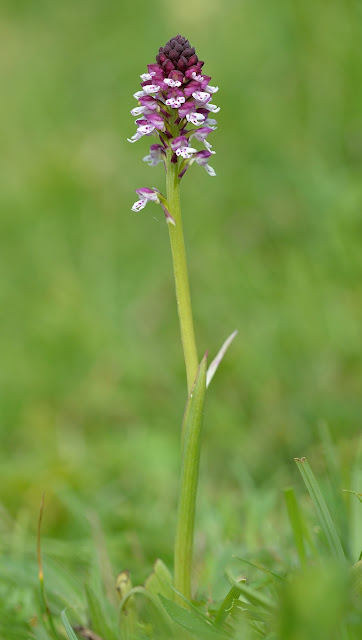 Posted by Bob Eade. at 21:41
Email ThisBlogThis!Share to TwitterShare to FacebookShare to Pinterest