Breaking Up Is Hard To Do!!

Today I had 4 hours or so on Pevensey Levels looking for some dragonfly action. The first thing that was obvious was that there had been a Small Tortoiseshell emergence with well over 20 fresh individuals seen.
It was however, around the ditches where a few interesting observations were seen. Every now and then a really strange sighting is made, and today was one of the strangest of all. I was walking along a ditch when I saw a mating pair of Blue-tailed Damselflies. There was something odd about them though and when I looked harder it was clear that the female had for some reason lost half her body!! She had broken in two with half of her still attached to the male. A real mystery as to what had happened and certainly a new experience to me, and obviously her!! 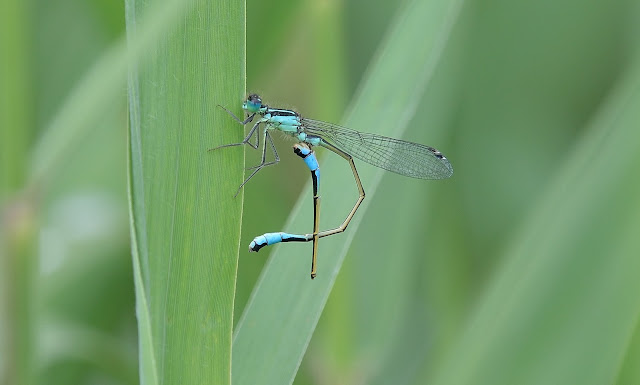 Whilst taking these pictures I noticed a female Fen Raft Spider complete with egg case was in the reeds just by me. She didn't seem too concerned by my presence and a couple of pictures were taken. The Fen Raft Spider is one of the rarest spiders in the UK and its biggest stronghold is in the Pevensey Levels. 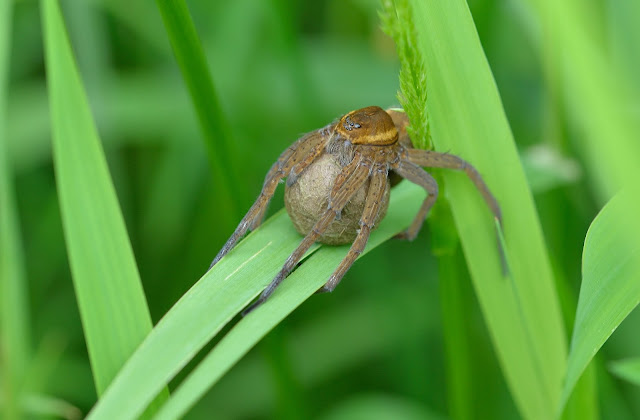 I also came across a large group of Peacock larvae, between 30 and 40 larvae were feeding on nettles and walking between them. 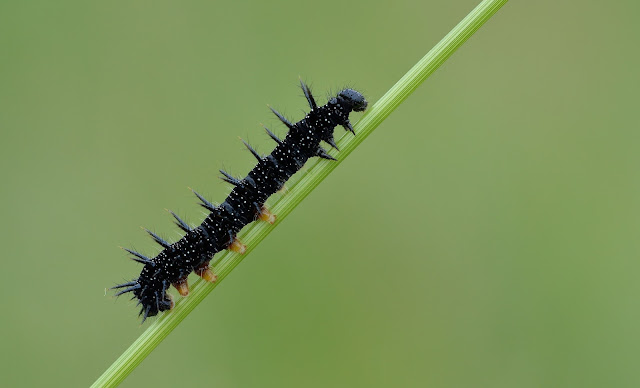 With the weather being generally hot and humid but cloudy the other main interest was with more dragonflies. I was surprised to see 2 Brown Hawkers flying around the ditches, my first of the year. Variable Damselflies were also evident as well as Red-eyed Damselflies and Four-spotted Chasers. 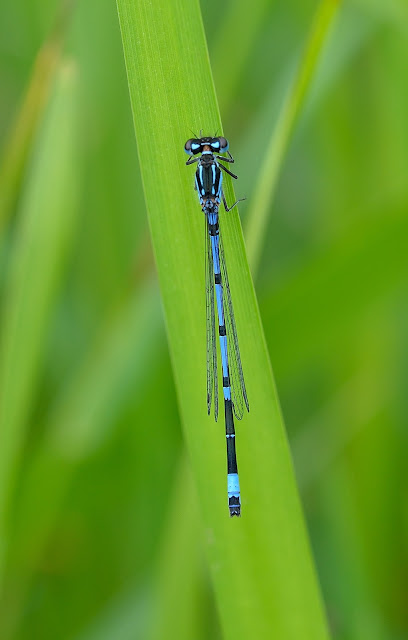 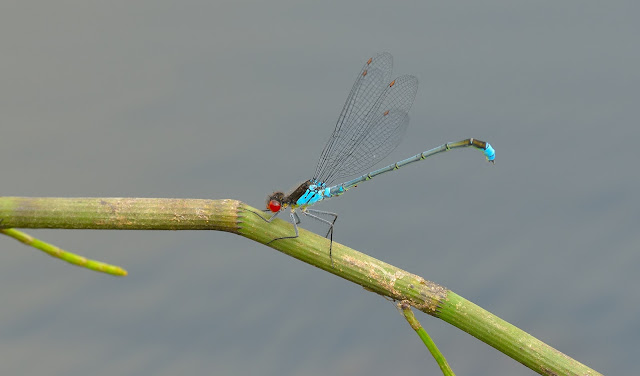 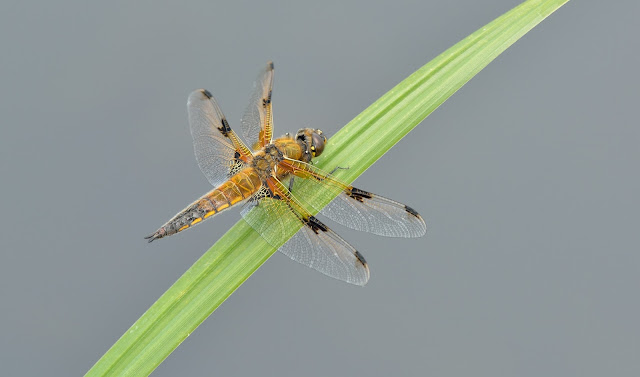 Posted by Bob Eade. at 20:35
Email ThisBlogThis!Share to TwitterShare to FacebookShare to Pinterest