Dark Green Fritillaries, Warts and all!!

I had a double purpose yesterday, with the beautiful Dark Green Fritillaries now on the wing I went to one of their strongholds to see if I could add it to my year list as well as seeing if I could spot my very first Wart-biter Cricket. This cricket is extremely rare with only 5 natural sites left in the UK, although a series of re-introductions are currently underway. The UKs biggest stronghold is in the area I was visiting so the chances were pretty good although it may be slightly early for them. It didn't take long to see the first Dark Green Fritillary, although I did add Ringlet to the list before this. Essex Skipper was also added before the day was over bringing the year tally to 32. With the Fritillary numbers being pretty good it was then a search for the Cricket. Several Roesel's and Great Green Bush Crickets were seen during the hunt but eventually my first Wart-biter was found although it was particularly lively and a poor shot was all I managed. 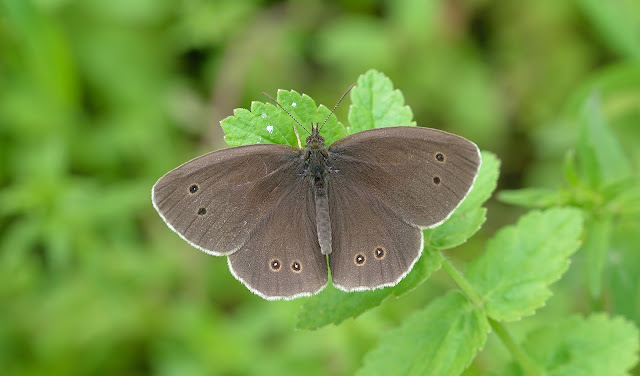 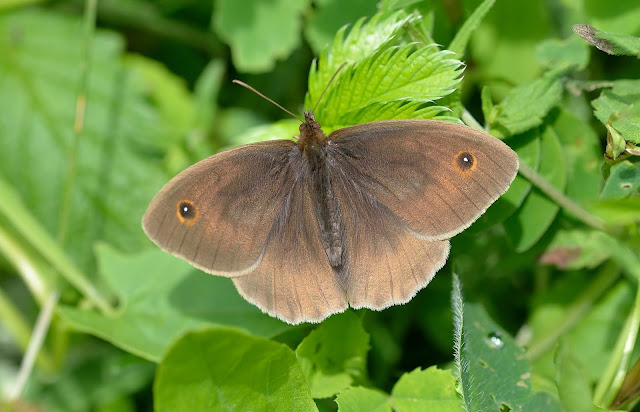 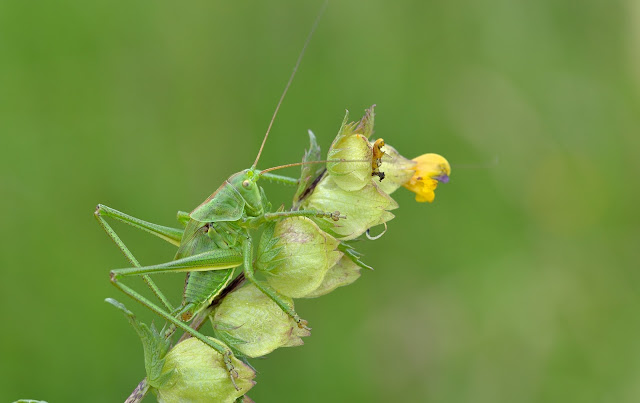 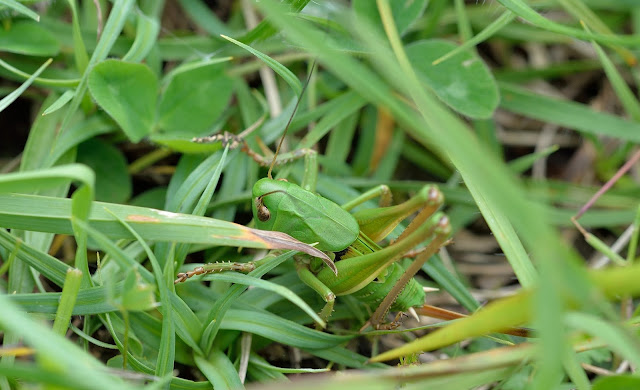 Today I woke really early again so following seeing the Fritillaries yesterday I headed off to a site nearer to home where I had success last year with this species, hoping to find some roosting individuals. At a little after 6am I was on the site looking in the grasses hoping to find some. Several Marbled Whites were roosting, I was only interested in these if I could see a female though. Eventually I spotted my target with 5 of these spectacular butterflies found. However, the light was very poor being so early and the breeze was picking up making it a bit tricky. However, I did manage a few pleasing shots as well as a very fresh female Marbled White. There were also many Six-spot Burnett Moth larva and pupa. Whilst searching one area I heard an animal barking, which I realised was a Deer. Looking round I saw 2 Roe Deer on the other side of the valley that were watching me and wondering what the strange creature opposite was doing!! 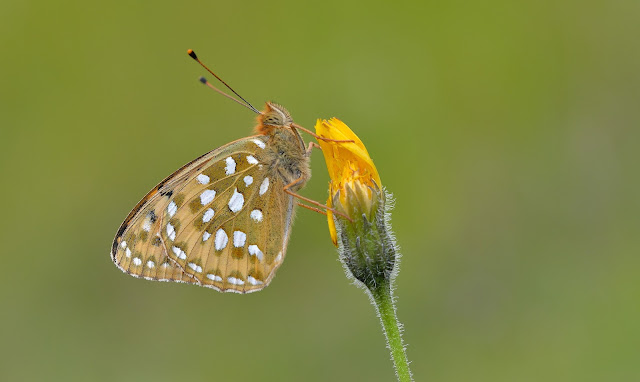 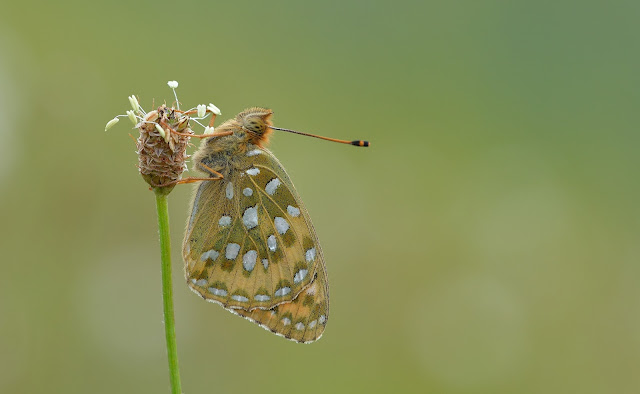 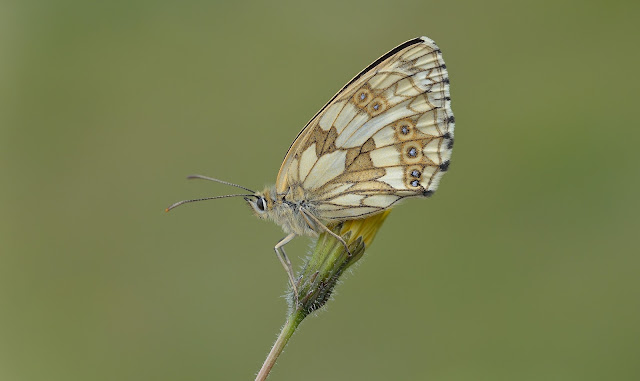 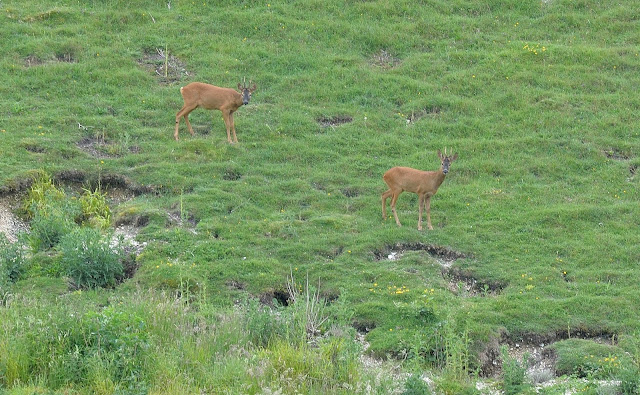 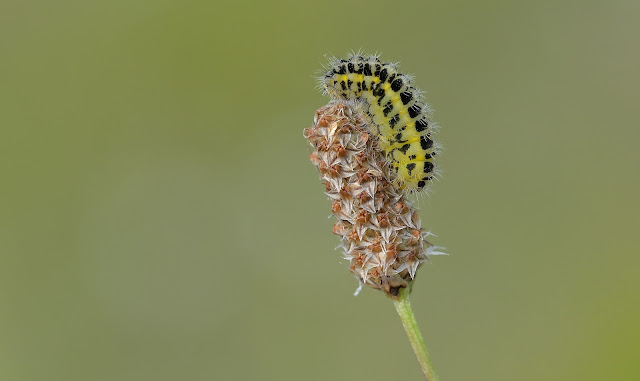