It was an early start yesterday as I set off for the river to see the Banded Demoiselles. With the morning considerably warmer than previous mornings the Demoiselles were active early on so my plan to try for some shots were not really successful with just a couple of attempts just worth keeping. 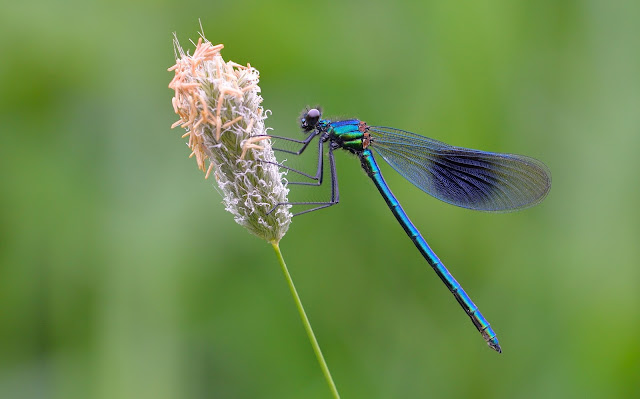 In the afternoon, with the weather still a bit cloudy and breezy I decided to head to Friston Forest to an area that is generally good for Large Skippers. Although I saw one in France last week I hadn't seen one yet this year over here. At the main hot-spot I was soon watching some very fresh males battling over territory with at least 5 around one large bush. Every now and then one would settle close enough for a couple of shots. Despite this butterfly being pretty common, they are very impressive butterflies, especially when they are very freshly emerged. 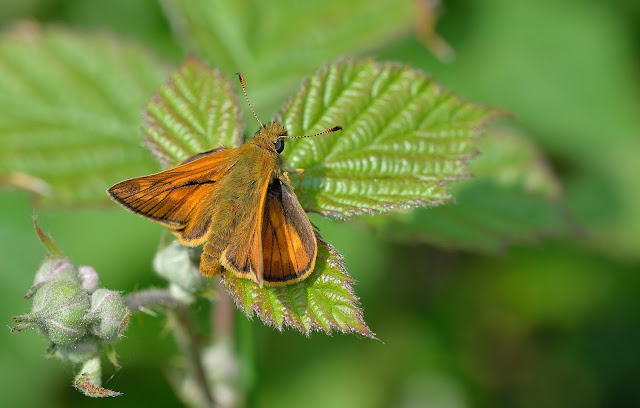 Following this I found another large group of Emperor Moth larva on some Bramble. I was then creeping up on another Large Skipper when I spotted a Painted Lady in the same bush. I only managed a poor shot of this and as I was trying to improve on it I spotted another more mature Emperor Moth larva. 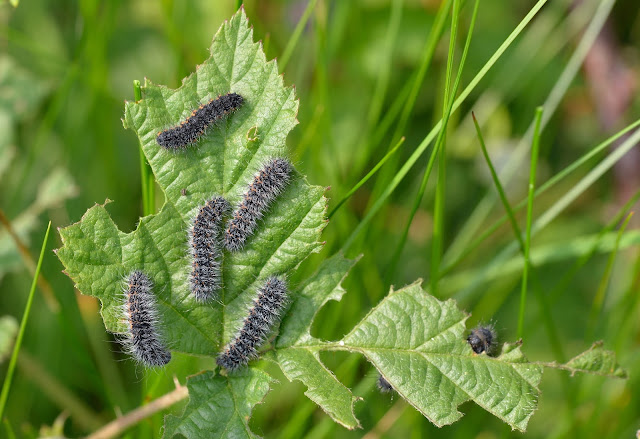 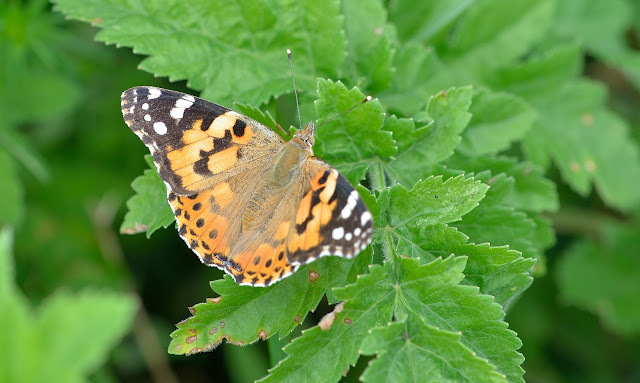 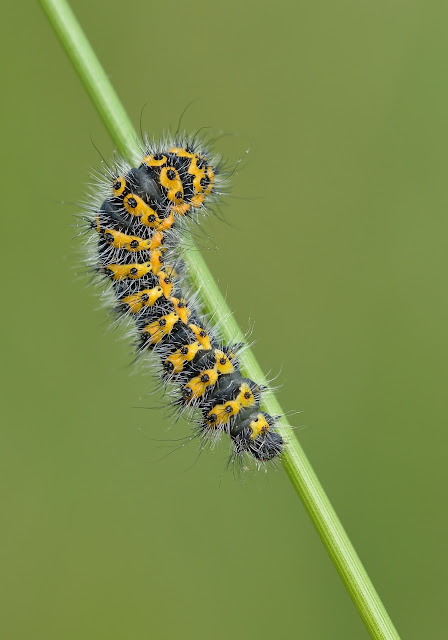 I then walked across a meadow and at this point I found a very fresh Large Skipper. Whilst trying to get close to it a dog ran over to me and disturbed the butterfly. Eventually I found another, or the same one again. By now the wind had increased as well as the cloud cover and it cooled considerably. I managed several pleasing shots of the Skipper. One, as it opened its wings the wind blew them totally flat enabling me to get an unusual shot of him. 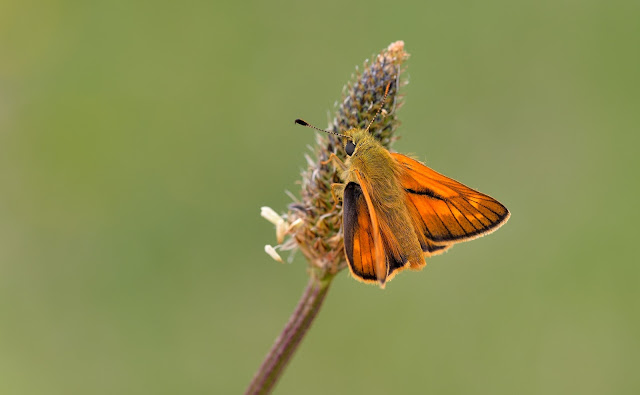 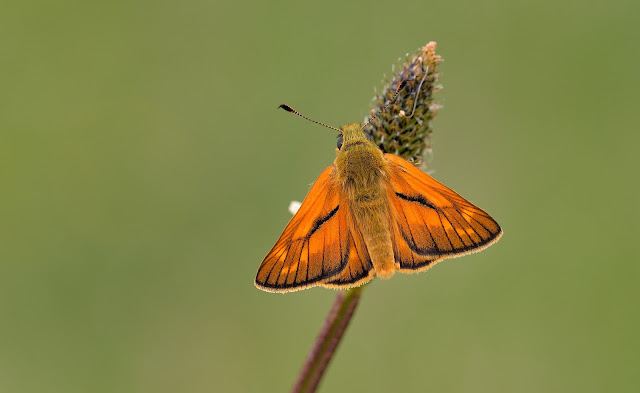 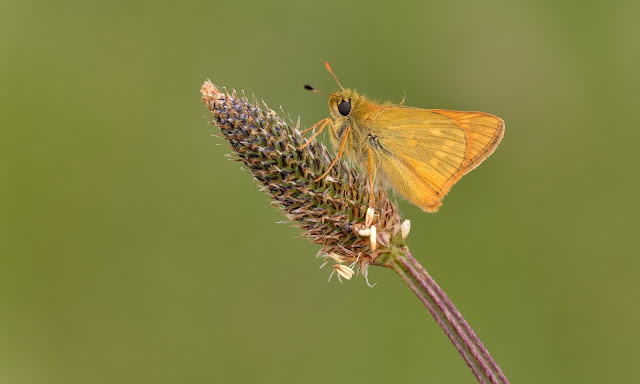 At the bottom of the slope it had cooled enough for any other butterflies to have gone to roost. I did find a couple of Adonis Blues roosting there. 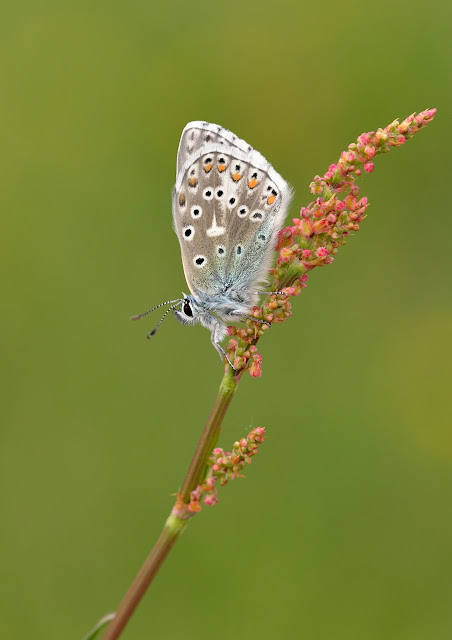 On the way through the meadow I did spot a Hobby flying over the meadow and appearing to catch an insect. On the climb back up I then had some fabulous views as it hunted moths flying out of the long grass. At one time there were 2 of these fabulous falcons and it was fascinating watching their technique. They would fly fast underneath the moth which sent it high up in the air. At this point there was no escape for the moth as the Hobby would then turn and grab the moth in the talons. It was a 100% hit rate despite the moths trying to take evasive action. Once the moth shot in the air I would keep the binoculars on the moth and it was just a couple of seconds before the Hobby came back in, plucking the wings off the moth before eating the body. Moths of all sizes were caught, with the larger ones possibly being Fox Moths. In all, over a 20 minute session I must have seen over 30 moths caught!!

Posted by Bob Eade. at 15:09
Email ThisBlogThis!Share to TwitterShare to FacebookShare to Pinterest