With the awful weather we've been experiencing this past week it hasn't been easy to find much around lately. Last Saturday another butterfly survey produced a pretty poor count with 3 Green Hairstreaks being the best sighting. However, Dragonflies were better with several Broad-bodied Chasers seen including a male that was losing its immature colour to its adult blue colour. This is my favourite stage of the Broad-bodied Chaser. Several Hairy Dragonflies and a few Emperor Dragonflies were also seen. However a Downy Emerald was the best of the Dragonflies, although as normal with this species it didn't settle within range. 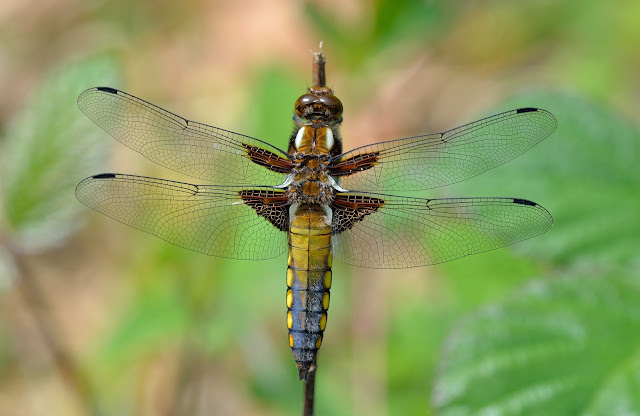 Yesterday, back on the patch I found a Hawthorn bush with 40 plus Emperor Moth larvae as well as a few Common Blues roosting. 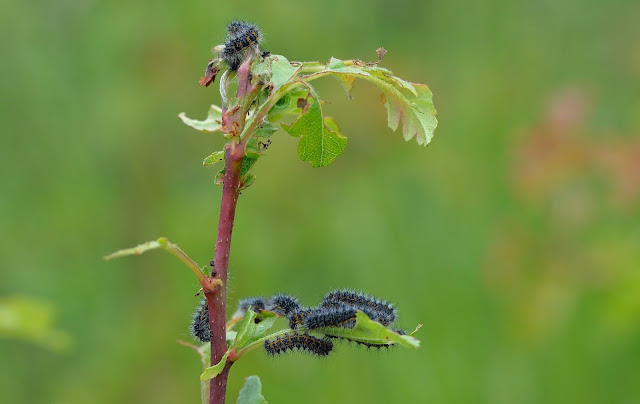 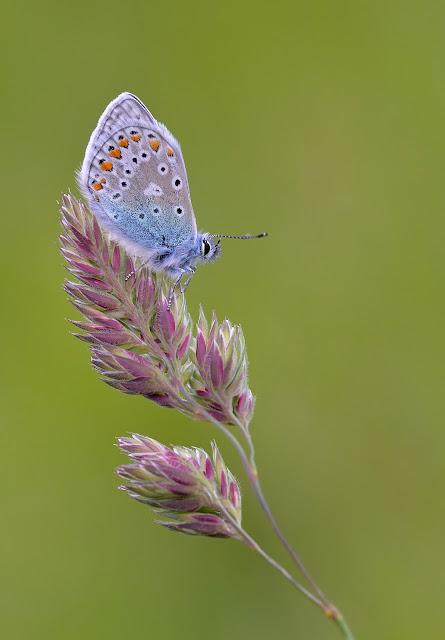 Today, once again in very cool cloudy conditions a search for Small Blues was negative. What was a surprise was a fresh Dingy Skipper. The only other butterflies seen was a single Wall Brown and a roosting Common Blue. 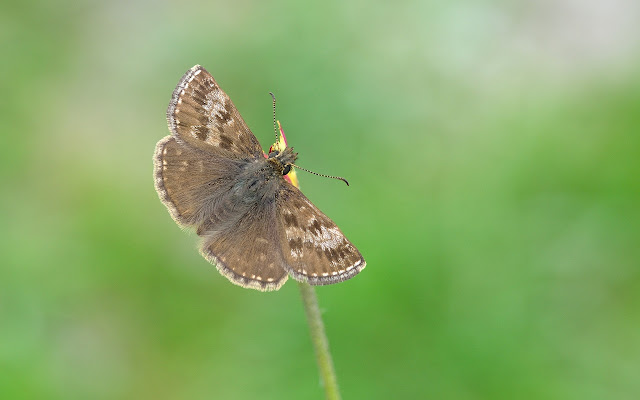 Posted by Bob Eade. at 20:55
Email ThisBlogThis!Share to TwitterShare to FacebookShare to Pinterest