Silver in the Wood.

On a very windy day and with the odd very heavy shower including a couple of claps of thunder I completed my butterfly survey today. I was hoping to find some Silver-washed Fritillaries in the wood as well as plenty of other woodland species. It was clear early on that the Fritillaries were flying when 3 were found early on. This private woodland is very good for Silver-washed Fritillaries and during the day I counted 27 individuals and possibly saw several more. This included at least 2 that were newly emerged. All those seen were males. 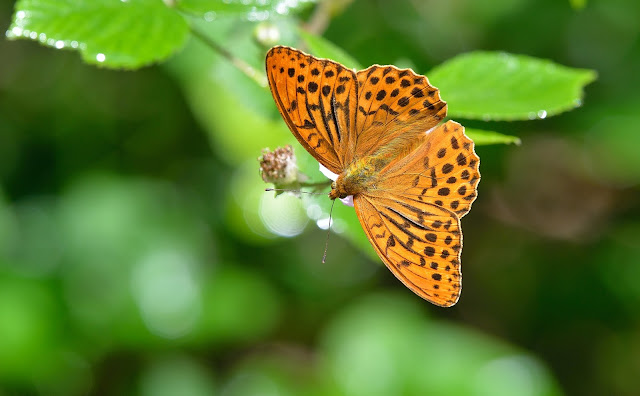 I was also on the lookout for White Admirals. These beautiful insects were mainly flying high along the tree tops but occasionally one would descend down to the Bramble to nectar on the flowers. 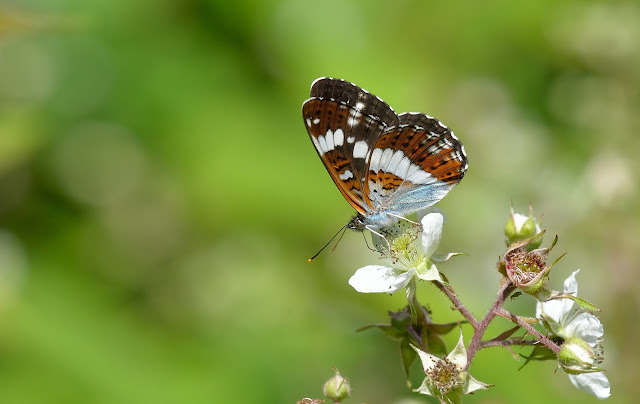 The wood was also full of both Meadow Brown and Ringlets with a few Marbled Whites also seen. 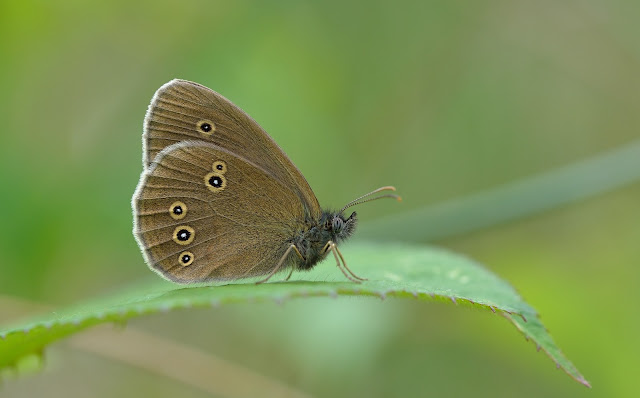 Three Comma were seen in the wood with a standard Comma as well as a Hutchinsoni form. This form is often seen in the Summer, 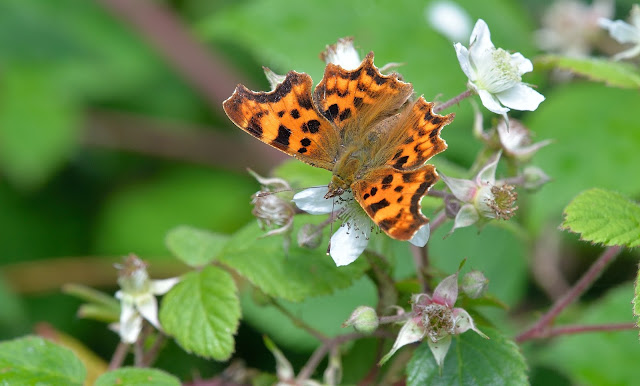 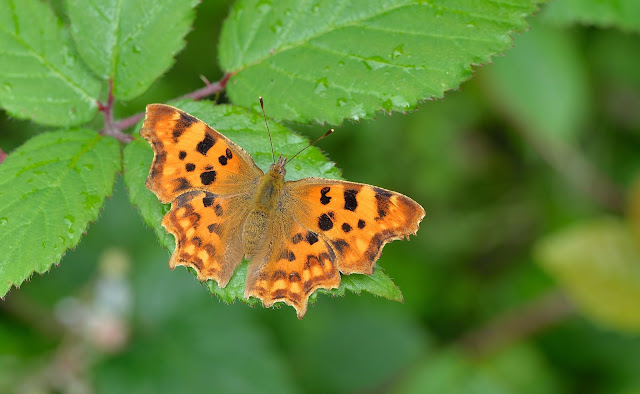 However, it was the Silver-washed Fritillaries that were the stars of the day with many giving me opportunities for photography. The high wind probably helped with the butterflies coming lower to avoid the wind. 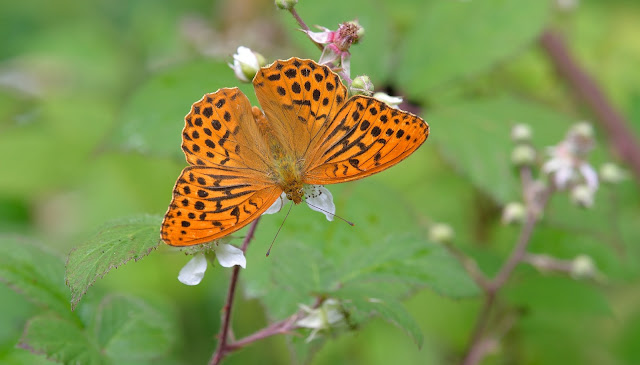 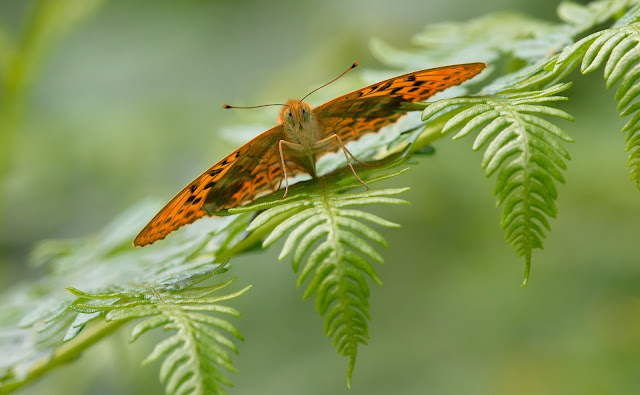 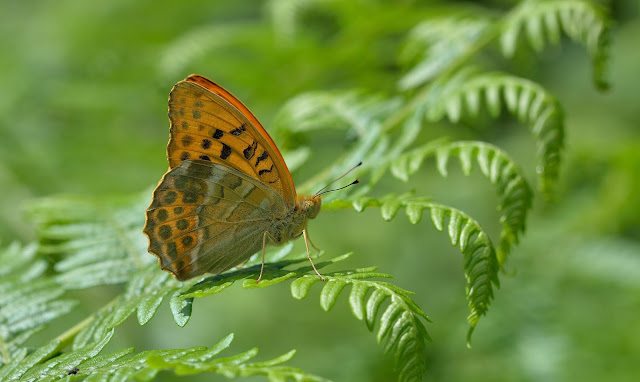 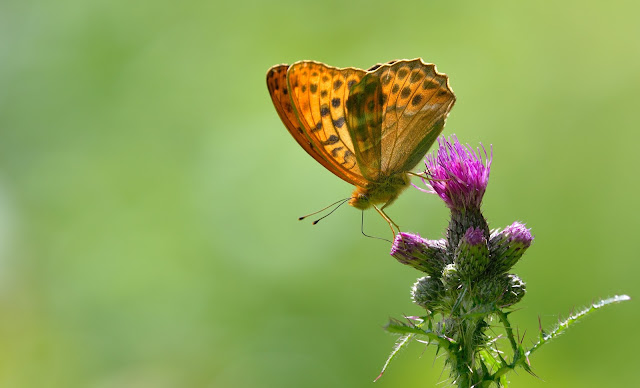 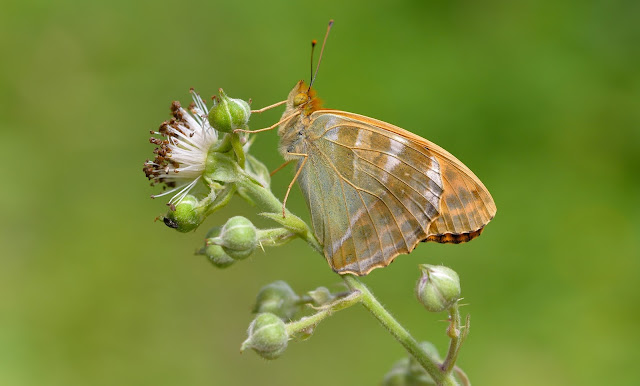 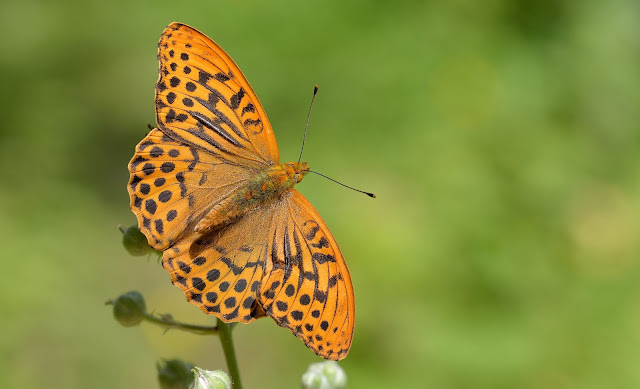 Posted by Bob Eade. at 22:12
Email ThisBlogThis!Share to TwitterShare to FacebookShare to Pinterest