Part 2 of the Butterflies seen in the Cevennes and after some cold days at last we had some warm sunshine!! Matt decided to leave the Florac area where we were based and try an area he had visited during his Duke of Edinburgh award. This area, Pont de Montvert was a bit more open and we were soon heading up a track onto the hills and we were then seeing butterflies. Several Skippers, a few Fritillaries and a big surprise in the form of a Chimney Sweeper moth. It was by far the best day we had and other bonuses included mating Orange-tip and a Speckled Wood, very different colour to our British version. Eventually we came to a meadow where we found some more Fritillaries which were so active we couldn't identify at that point. One was a Queen of Spain and it was whilst following this a fabulous Sooty Copper appeared. At this point it was the butterfly of the trip, although even better was to come!! After a while we headed back into the town where Matt spotted a Large Tortoiseshell on a Lilac tree. Although a bit worn it was a first for me so very pleasing to see. Then, whilst we were having a bite by the car a beautiful Scarce Swallowtail appeared, eventually nectaring on the road verge nearby. A drive along the valley produced a stunning Chequered Blue, which was a real beauty. Unfortunately it vanished before I could photograph it. As it had started to cloud up I then suggested to Matt that we should return to the meadow and see if we could catch the Fritillaries going to roost so we can identify them. Although it was a long walk back up the hill we were rewarded by a Fritillary flying much slower than earlier and it soon landed with wings wide apart before going to roost mode, showing it was a Weaver's Fritillary. This was the Fritillary I was most keen to see. Unfortunately we couldn't re-find the Sooty Copper but Matt did spot a Small Elephant Hawk Moth. I also found a different Grizzled Skipper type that I haven't as yet decided which one it is. A fabulous day and a fitting end to the trip, apart from the Camargue before the flight home. Well done to Matt for sorting out the trip and for finding so many birds and orchids!! We are even still talking to each other as well so it must have been a good trip!! 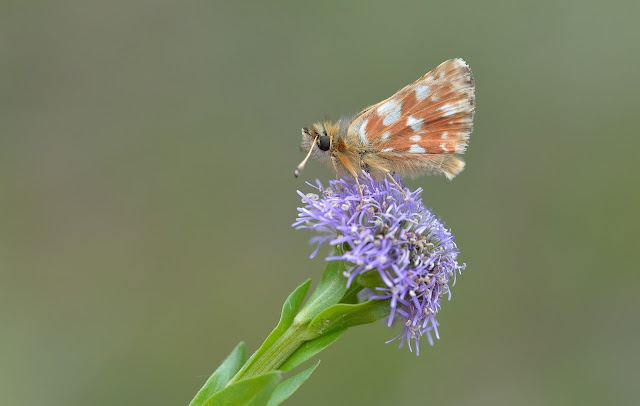 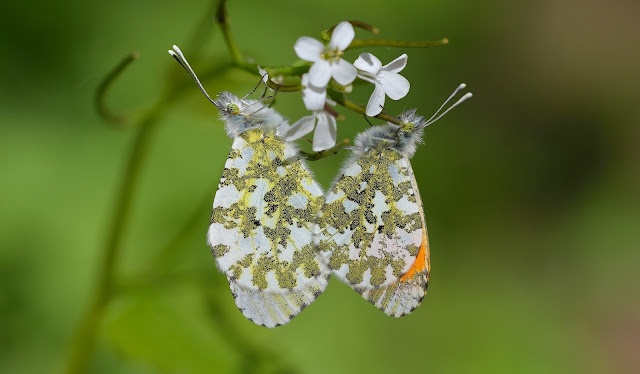 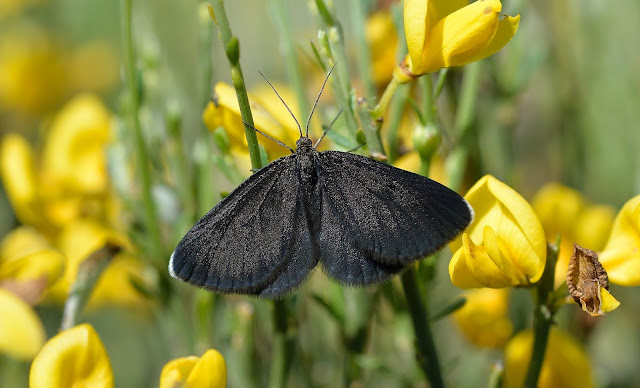 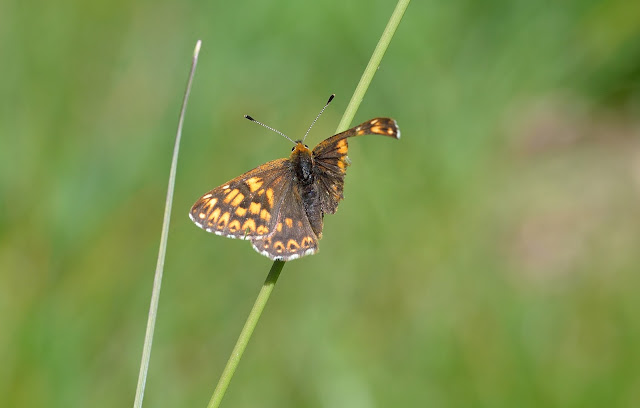 Duke of Burgundy. (This butterfly kept going round in circles)!! 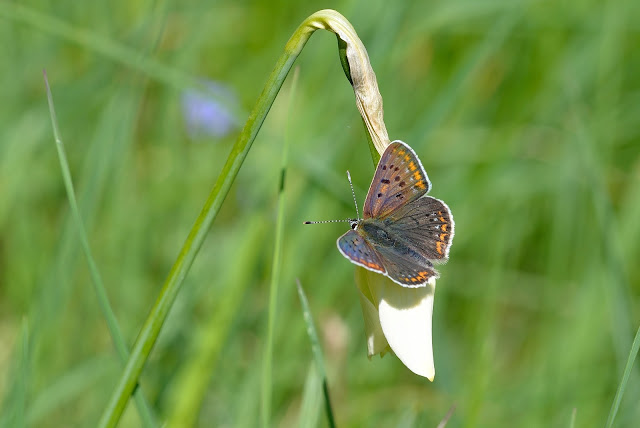 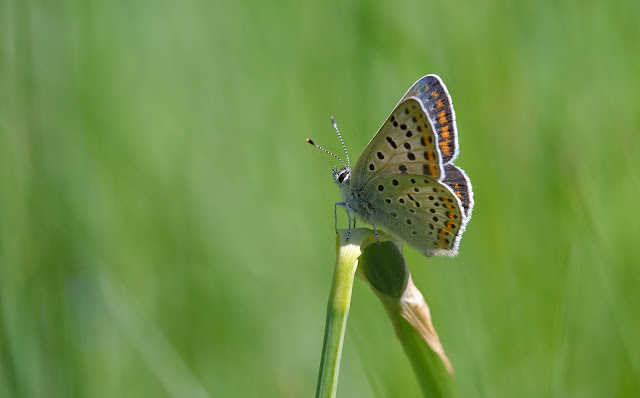 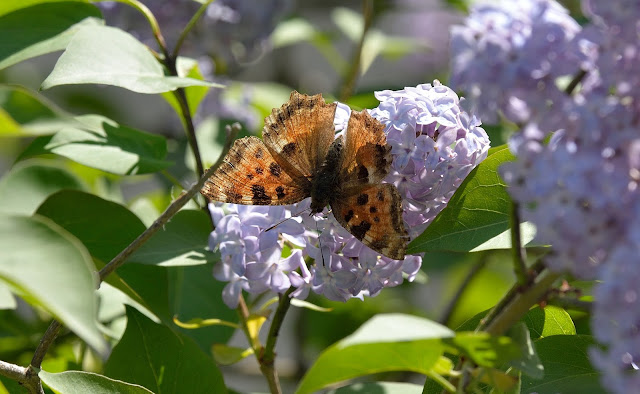 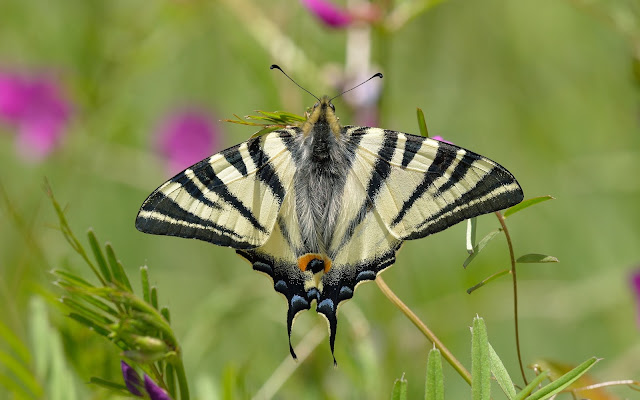 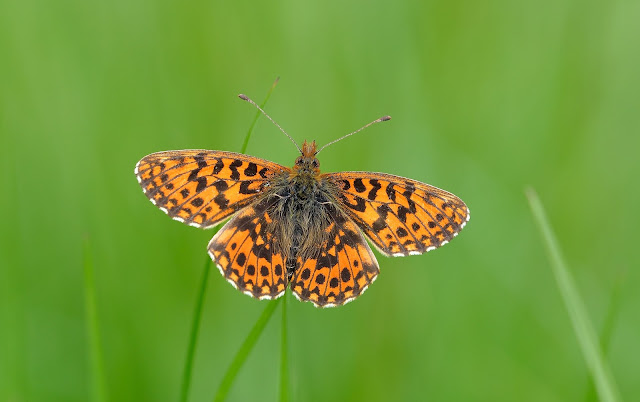 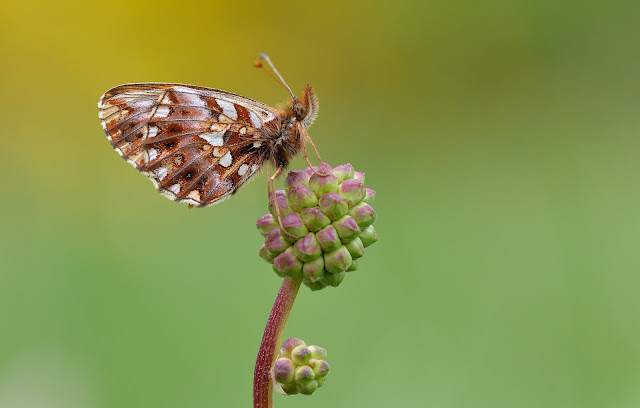 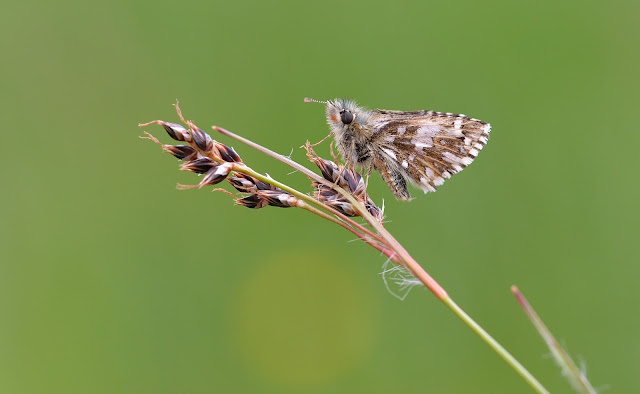 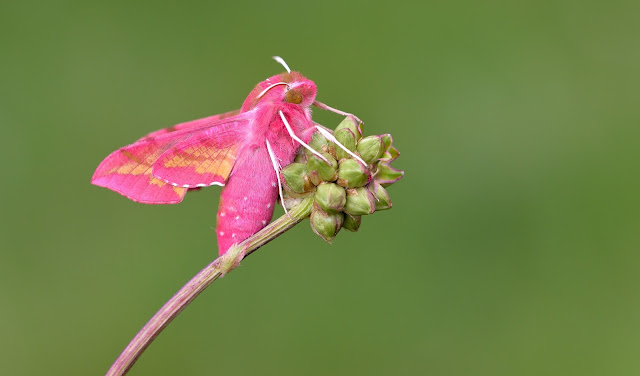 Posted by Bob Eade. at 18:32
Email ThisBlogThis!Share to TwitterShare to FacebookShare to Pinterest