A very busy week with many delights with a couple of days spent on the patch. Red Admirals are still in good numbers and one showed off its under-wing very nicely. It was just after this that I found a very fresh Small Copper, my first on the patch this year. Not only was this a very fresh individual it was also an ab. radiata. This is the first time I have seen one of these abs, it was obvious straight away it was different with the hind-wings missing the orange/copper stripe. 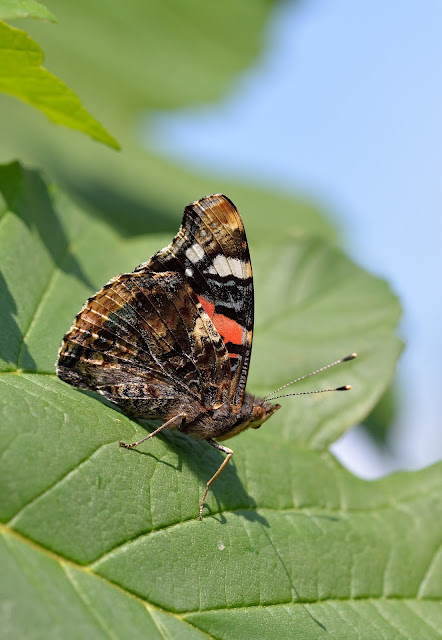 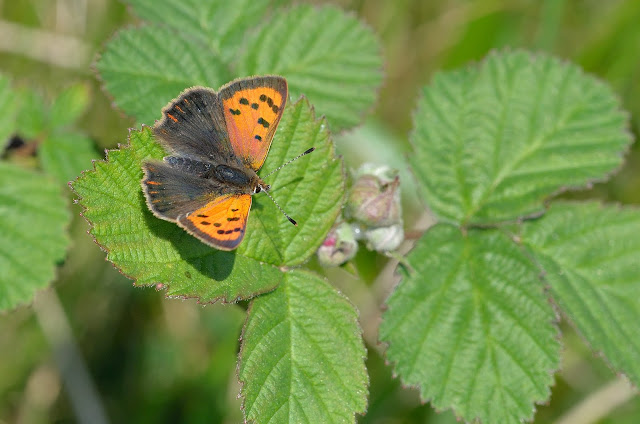 Two days later I saw the same Small Copper, still defending his territory. I was also pleased to photograph a very smart Brown Argus that due to the cool breeze opened his wings whenever the sun came back out. 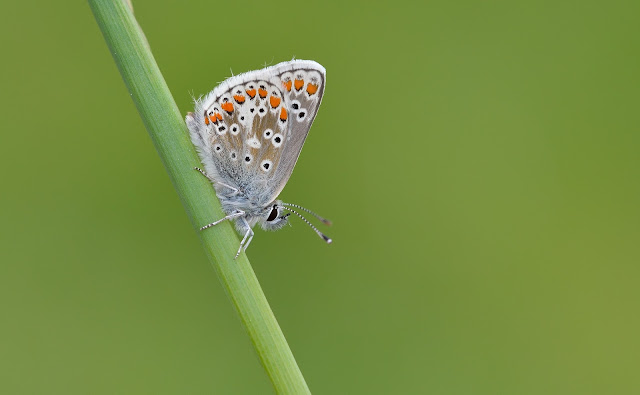 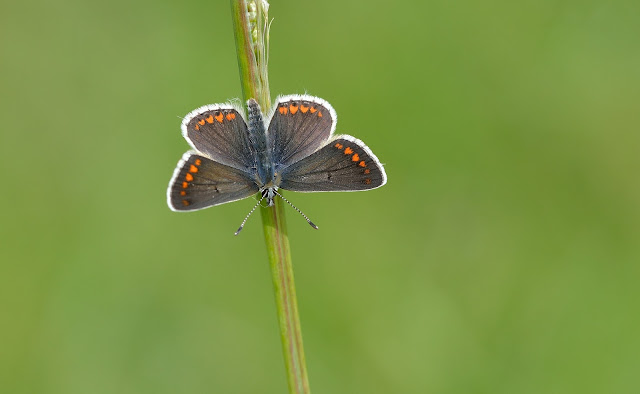 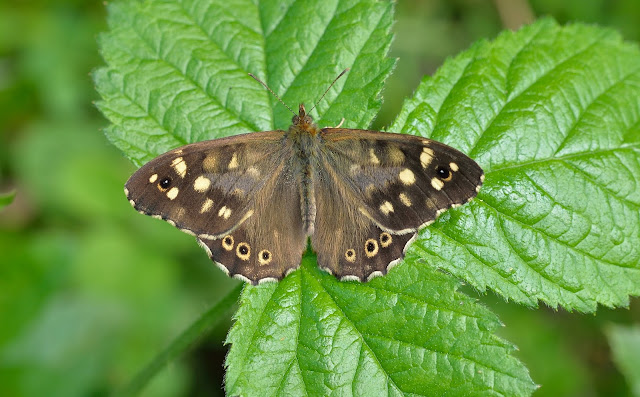 Yesterday it rained all morning and with the promise of a better afternoon I decided to check out the local Burnt Orchids. On getting out the car I had only walked 5 paces when I spotted a roosting Green-veined White. This gave me the chance I have waited for for many years. This species, although very common, can be quite a challenge to approach for photography, but as the weather was still cool I managed to get a few shots of it before it flew away. Following this I checked out a dew pond for any Dragonflies that may have emerged. All I found was a larva that had walked onto the concrete surround. I decided that as it was unlikely to emerge as a Dragonfly until at least overnight I left it in peace. It was then onto the Burnt Orchids which were much harder to find than normal. I only saw around 10 which was very poor. 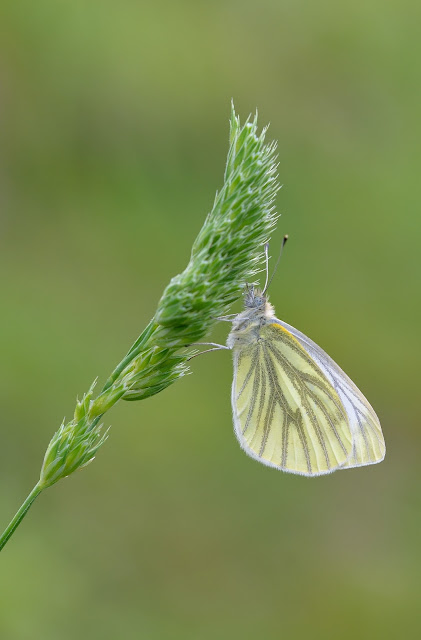 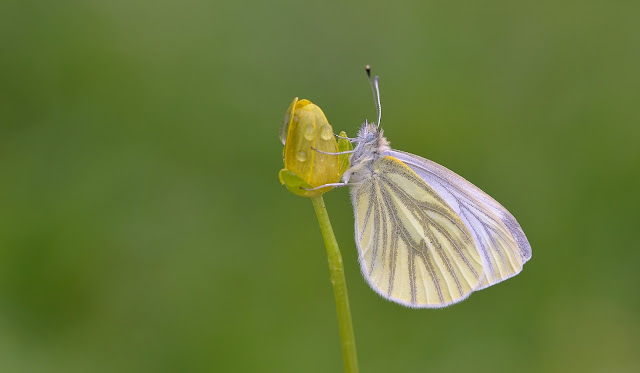 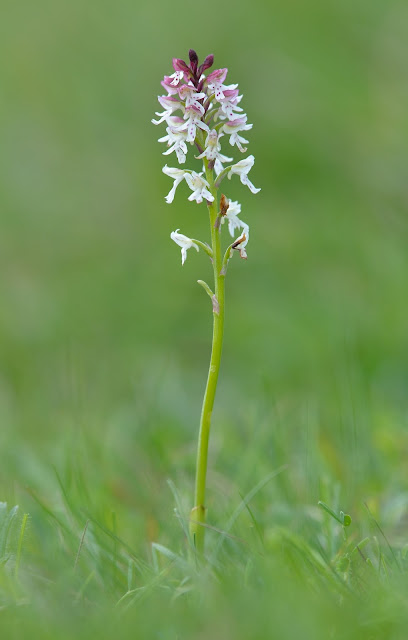 Posted by Bob Eade. at 20:56
Email ThisBlogThis!Share to TwitterShare to FacebookShare to Pinterest