Another very late decision yesterday to try to see the Marsh Fritillary. Unfortunately that always means a long day as the nearest colony is just into Wiltshire!! The plan was an early start to miss the worst of the traffic. A broken down Taxi though near Brighton set the trend for the day as the traffic was awful all day. At the Marsh Fritillary site there were none around. Are they later than expected at this site this year or has this small colony now vanished totally. As there was quite a bit of foodplant around hopefully it is the former. There were good numbers of Pearl-bordered Fritillaries and I possibly saw a Small Pearl-bordered but it wasn't a good enough view to be sure. Certainly some of the Pearls were in very good condition, another sign that perhaps the season in this wood is running later. One big bonus was an Argent and Sable moth that showed very well. In fact 4 of these very rare  and beautiful moths were seen, a moth that has been extinct in Sussex since 1983. 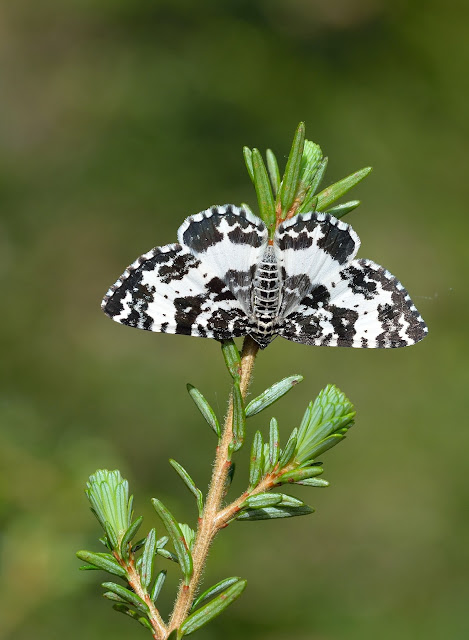 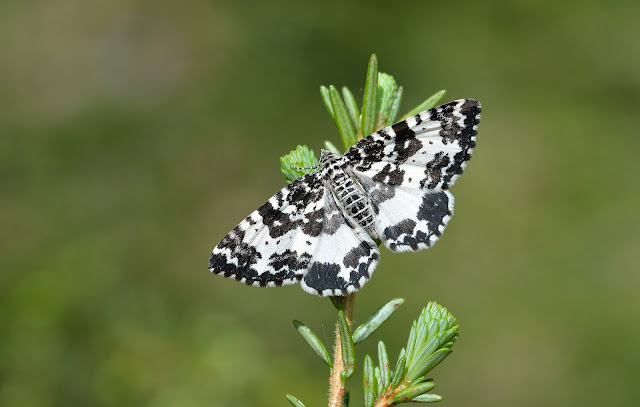 It was then onto a Hampshire woodland for orchids. Once again traffic problems slowed us down and it wasn't helped that on the M3 Northbound there are no traffic signs for the A272 so an extra 24 miles were driven!! The very rare Sword-leaved Helleborine grows well here in this wood and this year there are very good numbers. As well as the Helleborines there were a few Fly Orchids and also a Birds-nest Orchid was pushing up through the leaf litter. 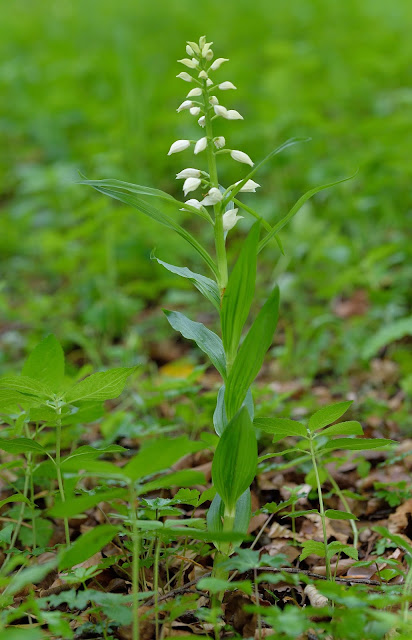 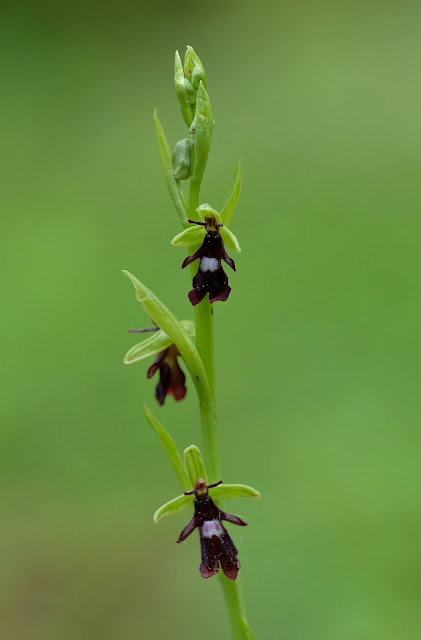 Following this it was the long drive home with yet more very slow traffic. It was a relief to eventually get home having survived the very congested South-east.

Posted by Bob Eade. at 20:42
Email ThisBlogThis!Share to TwitterShare to FacebookShare to Pinterest