It doesn't seem possible that a week that brought freezing cold winds, snow, hale, and severe frosts that I could have seen so many great species locally. I've already posted for Tuesday so this is the 2nd and 3rd days of the week when I've seen some beauties.
Yesterday I met up again with Nigel for our regular Wednesday outing. I was really hoping, but not expecting, to get my favourite Spring butterfly on my year list, the Orange-tip. Before Nigel arrived I headed down the track realising just how cold the wind was. After half a mile of walking I hadn't seen any butterflies which wasn't too much of a surprise considering the temperature. After arriving at a large area of Cuckoo Flower I carefully looked over it just in case there were any Orange-tips roosting there. I had decided there weren't any when I suddenly spotted a pristine male sitting on the very top of one of the flowers. By now the sun was shining brightly on the butterfly so I quickly rattled off a few shots hoping that Nigel was near. Unfortunately the butterfly flew before he arrived. 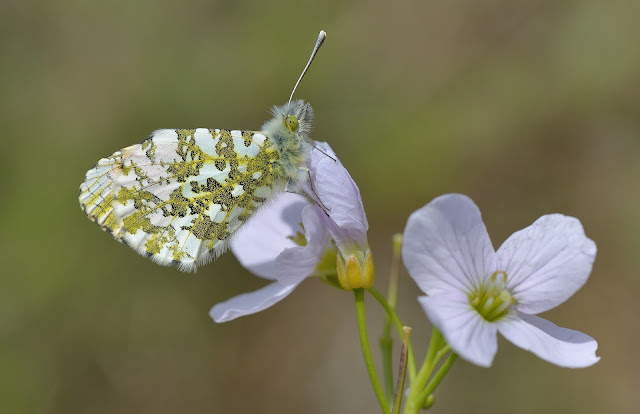 I then saw Nigel walking down the track where he was watching a Speckled Wood. A short while later he found his own Orange-tip which was flying along the track until the sun went in where it went to roost. We then waited for some time for the sun to come back hoping this would encourage him to open the wings. This he did before flying along the track where he settled regularly whenever the sun went in again. 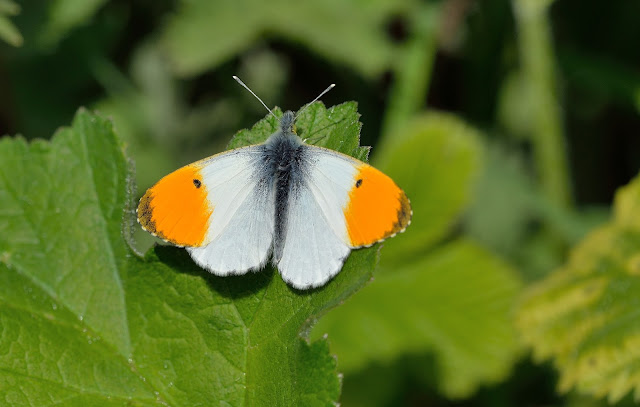 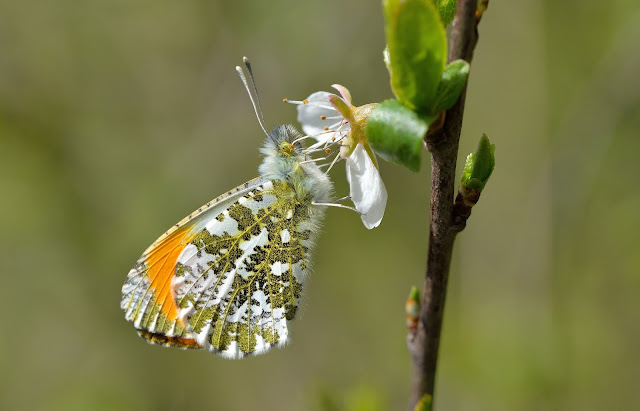 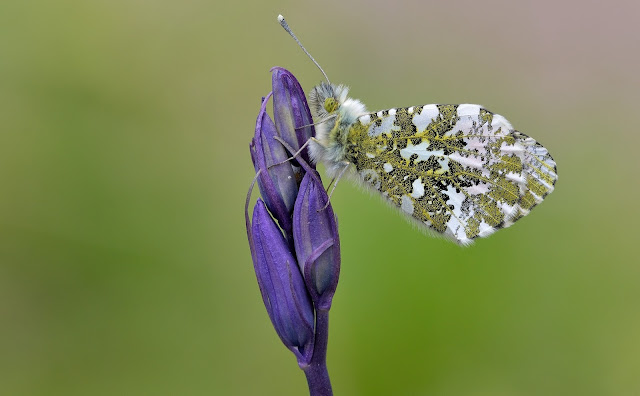 Further along the lane a Green-veined White was performing well, even posing with its wings open which is unusual for these. 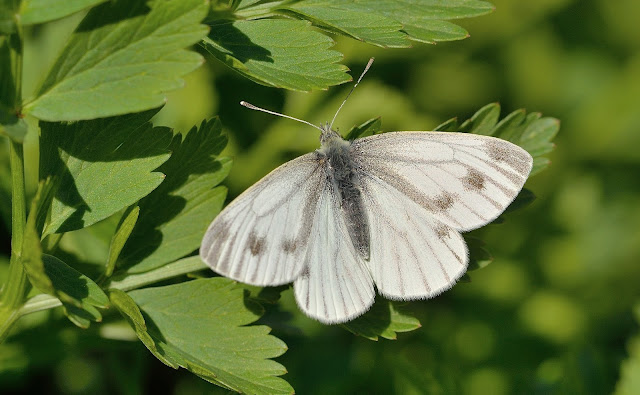 Today I stayed more local searching for Small Coppers. In the area I was hoping to find these I spotted my first Dingy Skipper of the year. There was also a beautiful male Common Redstart giving great views. My first Green Hairstreak of the year on my patch was also good to see posing on a Gorse bush. I managed a couple of shots of this whilst holding a bit of Gorse out of the way and shooting one handed, a very painful experience as it's impossible to hold Gorse without getting pricked!! Before getting back to the car I saw another 2 Dingy Skippers and then a surprise of spotting a Small Heath, probably the first Sussex sighting in exactly the same spot I had the first Sussex sighting of these 2 years ago. 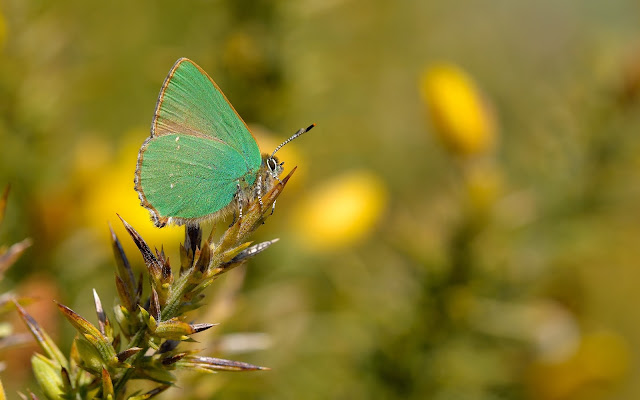 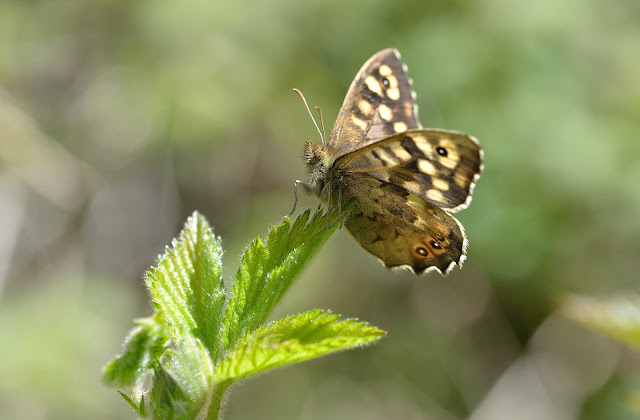 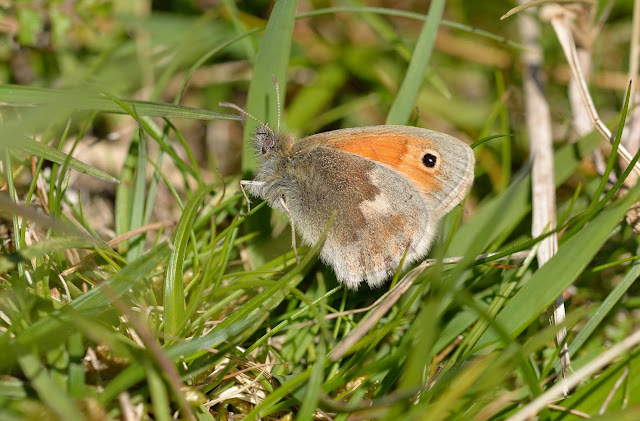 Posted by Bob Eade. at 17:45
Email ThisBlogThis!Share to TwitterShare to FacebookShare to Pinterest