The Holly and the Ivy!!

At the end of a week that felt more like Christmas than the end of April I spotted a Holly Blue butterfly falling from above to settle on a small sapling. This was early afternoon just as we were going out. Unfortunately I didn't have time to photograph it, so it was with some relief that when we returned the weather had been so cold it was still in the same position. I managed to get a few pictures as it was and then hoped for a sunnier morning on the Saturday to see if I could get some open wing shots of it as it warmed up. The Holly Blue is one of those common butterflies that are very difficult to get good shots of as they rarely open their wings fully and they can also be pretty skittish so even under-wing shots too can be tricky. As soon as the sun had warmed her up she flew onto our garden Ivy where she moved about a few times, but she never opened her wings fully. 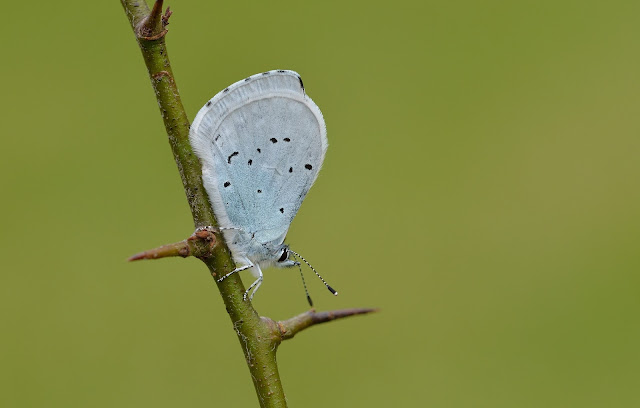 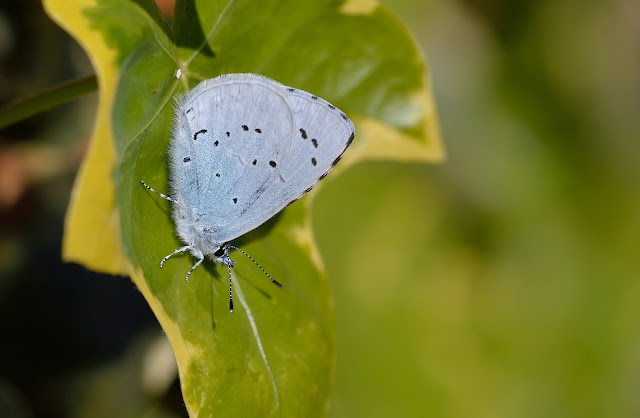 Holly Blue on the garden Ivy. 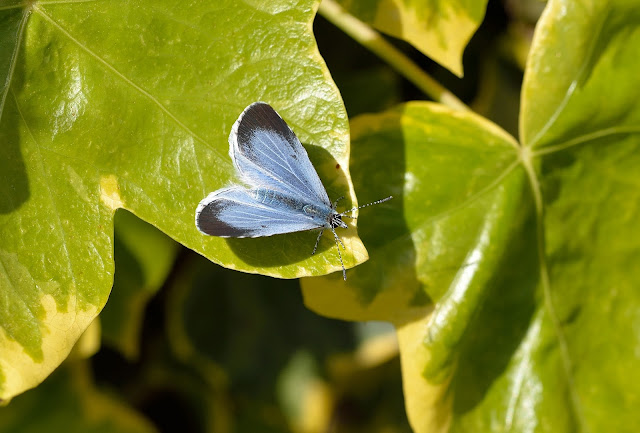 Later in the day it was back to the patch where the cool breeze continued to keep butterfly numbers down. 2 more Small Heath was the only noteworthy sighting and one of these posed nicely with its fore-wing up, which is unusual. Fresh, newly emerged butterflies do sometimes act differently as this one did. 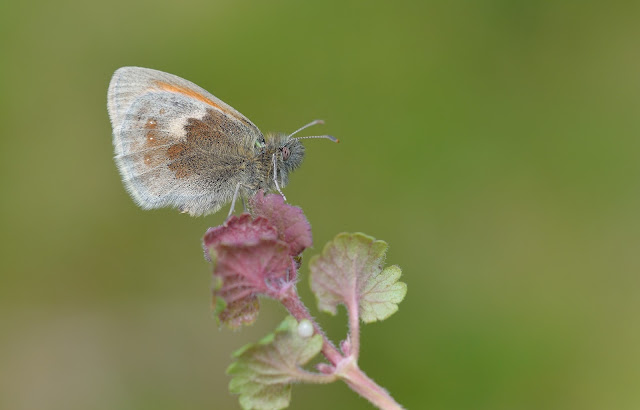 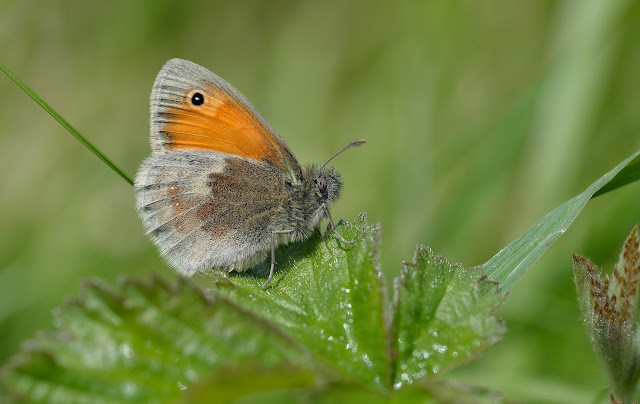 I also saw my first Hairy Dragonfly of the year. I can't remember a year when I saw a dragonfly before a Large Red Damselfly!!

Posted by Bob Eade. at 13:51
Email ThisBlogThis!Share to TwitterShare to FacebookShare to Pinterest