Yesterday the forecast for today was sunshine with a cold wind. Waking up to blue skies it was looking okay, however, the new forecast said it would cloud up late morning. Due to this I stayed local hoping to find a bit of shelter from the very cold wind. Fortunately the wind direction allowed me to find some sheltered spots and in one of these I was more than pleased to see my first Wall Brown of the year, a female. As ever with this species it was extremely flighty. A short while later I spotted my first Grizzled Skipper of the year. This was spotted just as the clouds rolled in and it very quickly went to roost as the temperature dropped. The sun however did make a couple of further appearances and each time the Skipper quickly opened its wings and soon flew out of sight. 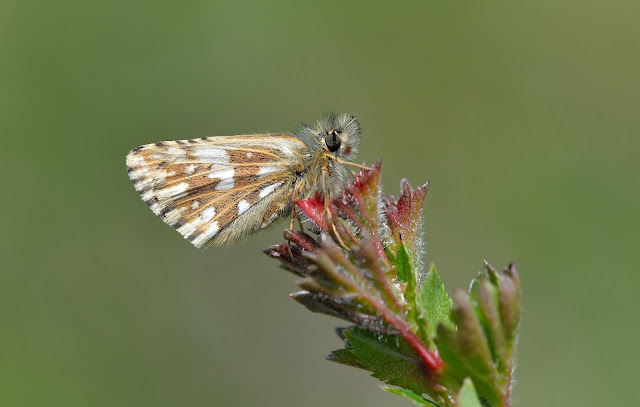 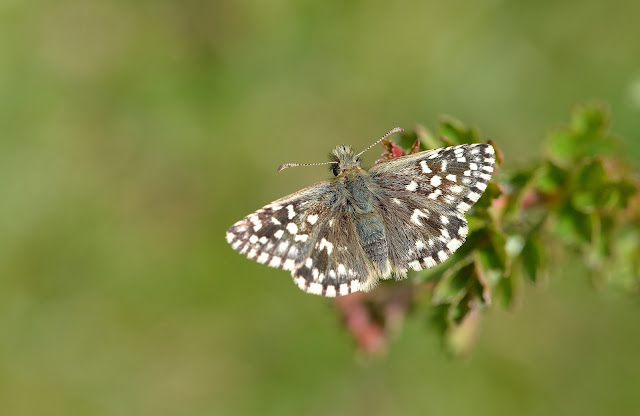 Just a short while later the weather really fell away and Winter returned with hale, snow, rain, thunder,lightning and very heavy clouds!!

Yesterday I found my first Elachista subocellea of the year, a rare Sussex micro moth. I found this small colony 2 years ago and at that time this was the first new colony that had been found since Victorian times. Since then 2 more colonies have been found which means there are now 5 known colonies in Sussex. This moth is barely bigger than a bit of long grained rice!! 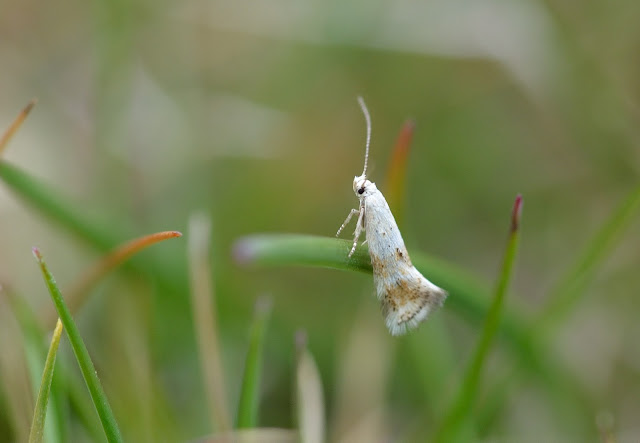 Posted by Bob Eade. at 16:10
Email ThisBlogThis!Share to TwitterShare to FacebookShare to Pinterest