With the mild Winter it was thought that the butterfly season might be a bit early this year. However, that has certainly not been the case with many species normally seen by now still not appearing. Today I met up with Nigel and we headed off to where I saw the Speckled Woods last Wednesday. Despite the area seeming to be quite warm we failed to connect with the Speckled Wood today. We did see some Small Tortoiseshell laying eggs in the nettles.
We then headed to Abbotts Wood where a surprise was a superb Green Hairstreak in an area I haven't seen them before. This is also the first year when my first Green Hairstreak of the year wasn't on my local patch!! This Hairstreak was missing the streak and had just a single white dot. I spotted the butterfly as it appeared flying past me. Fortunately I saw it land on a small bush, it was then trying to focus on it as the bush was moving in the steady breeze. 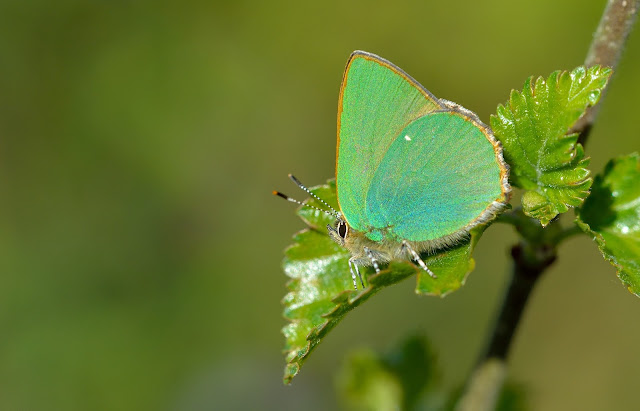 Also in the wood was my first Early Purple Orchid of the year. This particular orchid is often out before others as it is in a little warm corner. I just hope that this year it is not picked or flattened by someone!! 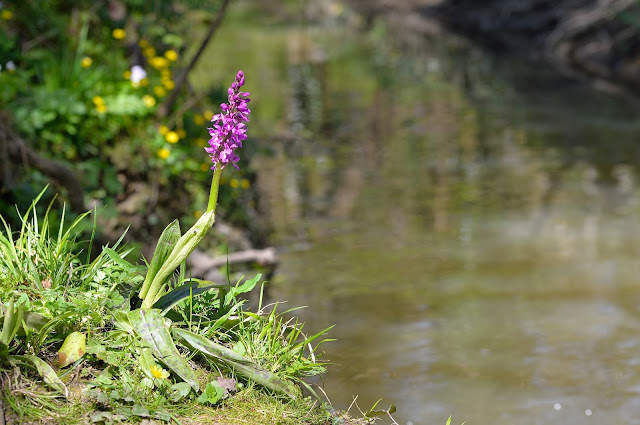 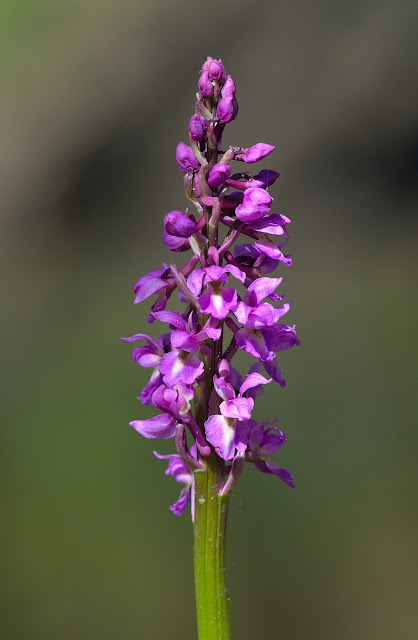 We also heard a Nightingale deep in the undergrowth and we saw an Orange Underwing moth that was sitting on the path. Unfortunately it saw us before we saw him and it was straight up and away.

Over the last few days I have seen a Common Redstart moving through as well as a Red Kite. Also male Emperor Moths attracted to a pheromone lure and some more Pyrausta ostrinalis micro moths. On Monday I also saw my first Green-veined White of the year as well as 4 more Speckled Wood. With the Hairstreak today this puts me on 11 species for the year which means I have seen about 25% of the species I am likely to see in the UK this year already!! 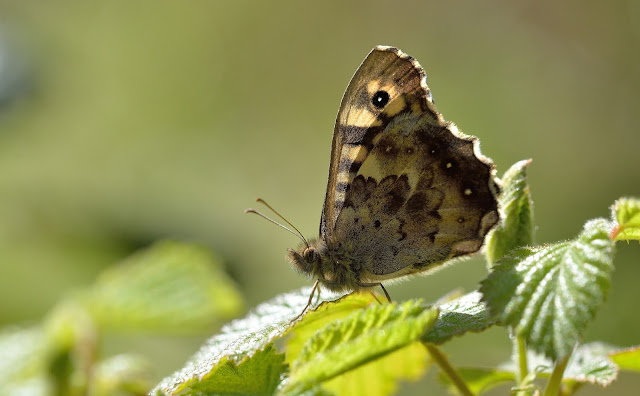 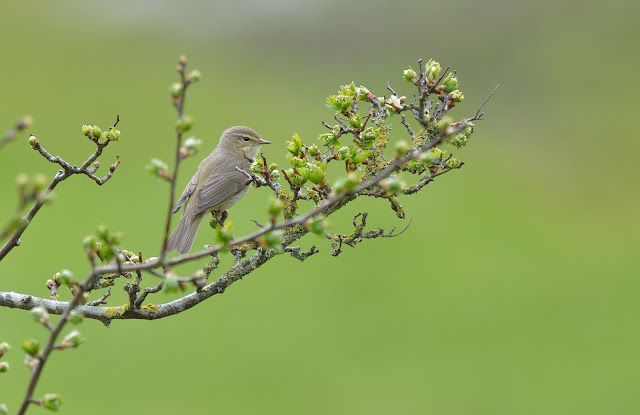 Posted by Bob Eade. at 19:26
Email ThisBlogThis!Share to TwitterShare to FacebookShare to Pinterest