Back on the Patch.

With things at last starting to get going on the insect front it was back to the local area to see what was emerging. Overnight the moth trap was a waste of time with only a few common moths. Out on the patch I found an extremely fresh Speckled Wood basking in the morning sun. Strangely she had what I think was tiny bit of blossom on her head and a small fly resting on her hind-wing. Another Speckled Wood was also seen. Bee-flies are also building up in numbers well and I found one basking on a leaf. Being earlier in the day, this normally difficult insect to approach allowed a few shots. 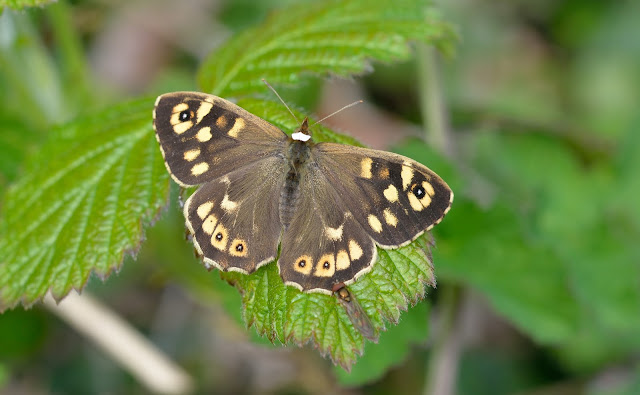 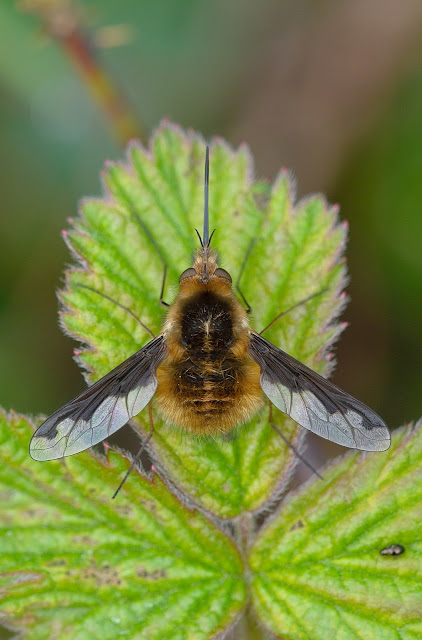 Following this I checked on my colony of Pyrausta ostrinalis. This species is quite rare, and according to the Sussex recorder is in danger of extinction in the county. However, I do have a strong colony here and in a short space of time I had seen 13 of these beautiful little micro moths. They are extremely similar to the common Pyrausta purpuralis. I also saw my first Large White on the walk and later in the garden back home a Holly Blue flew across. This puts me on 9 butterfly species for the year so far. 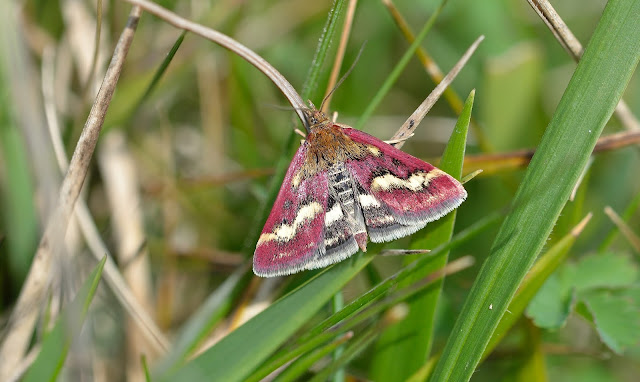