An Emperor of a Day.

It was one of those days with a really cold wind blowing and it was deciding whether to stay at home or get out anyway. I thought it was worth a look over the Downs near Lewes to see if there were any different birds about and to see how the Early Spider Orchids were coming along. It seemed unlikely that the orchids would be out yet with the Spring seeming a little slow to come along. It was therefore a pleasant surprise to find that not only were a few in flower but that a couple of the lower flowers were actually slightly past their best!! Several more were only just in bud still so they should be around for some while yet. 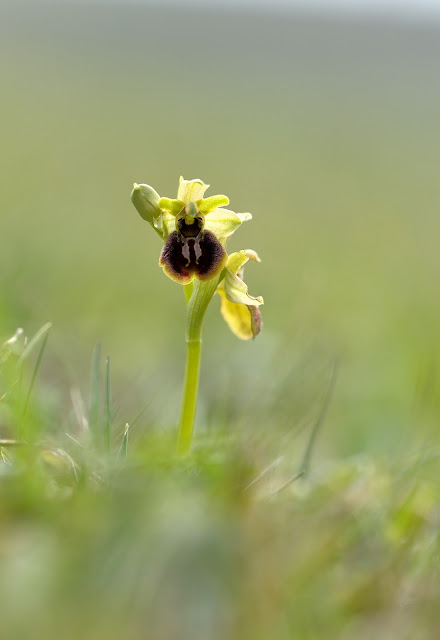 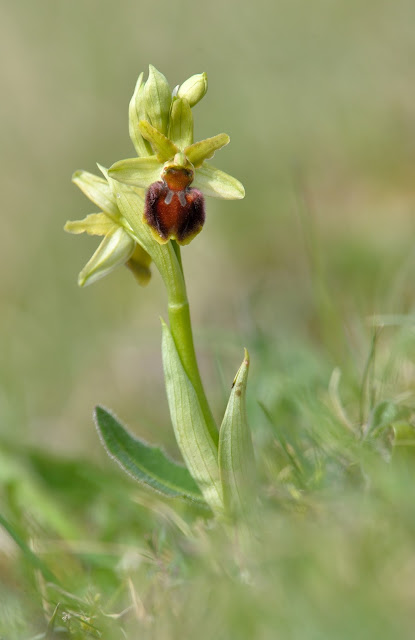 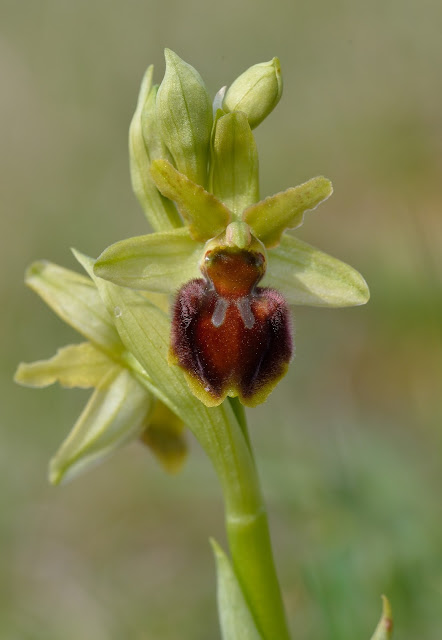 Whilst looking at the orchids a friend that had reared some Emperor Moths from some eggs last year rang to say that a female had just emerged and would I like to go and get some photos of it. As it happened we were going to be passing his house on the way home so the answer was yes. Although I prefer to find my subjects in the wild this was an opportunity not to miss. Pete had never seen an Emperor Moth before which made it another reason to go for it. Strangely, on the way back to the car I must have had a hint of the Emperor pheromone on my rucksack from 2 days ago as we suddenly had a male Emperor flying around us. Amazing to think the moth picked up the pheromone from some distance from the bag that only touched the pheromone lure 48 hours previously.
When we arrived at Paul's we put the female in the garden to photograph it and once again the Emperors surprised us again as we had 3 males fly in to find the female. We could even see how she was sending the pheromone out from her enormous abdomen. One of the males managed to attach itself to her and pair up. These males had to have flown in from several hundred metres away!! As mentioned earlier it was a breezy day so it is surprising how they homed in so quickly. It was actually my first time for seeing a male that wasn't flying around me too, and of course, the males were all totally wild individuals.
I would like to thank Paul for his hard work bringing the insects through and for ringing and inviting me to photograph this beauty. Also the cups of tea and biscuits!! 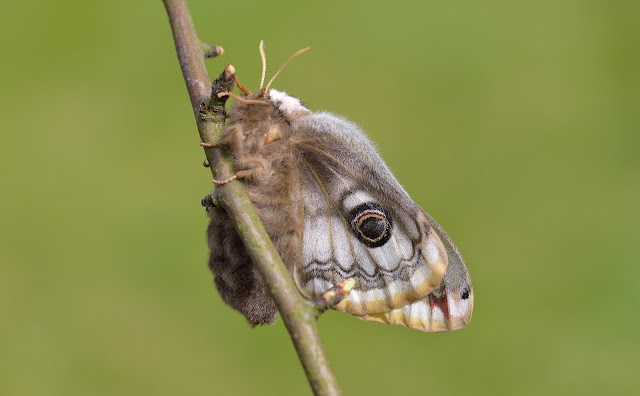 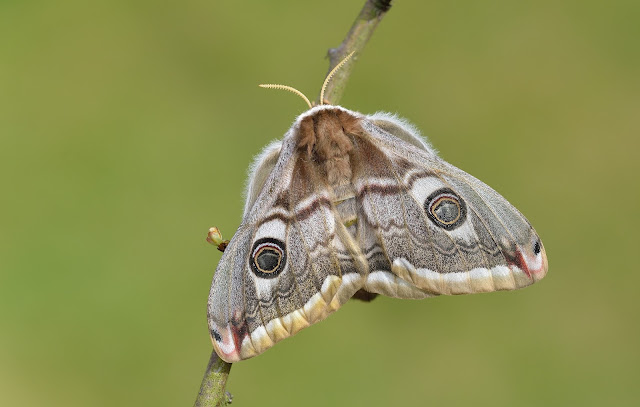 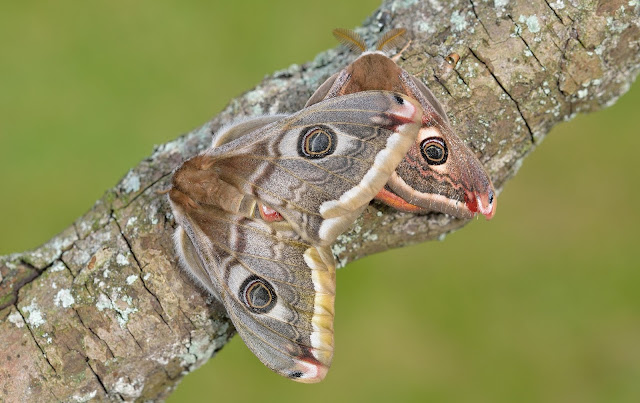 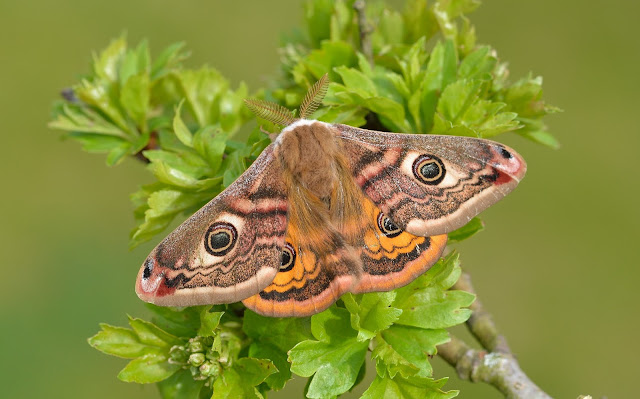 One of the Male Emperor Moths.

Posted by Bob Eade. at 10:57
Email ThisBlogThis!Share to TwitterShare to FacebookShare to Pinterest