With another gorgeous day today I headed out to an area where I've often seen my first Speckled Wood of the year. Parking the car and heading along the woodland track the sound of birdsong was everywhere. I heard a different song high up in the trees and looking up I had some great views of a Lesser Whitethroat. I was able to watch the bird for several minutes, although it didn't descend down at all. I was quite surprised I had only seen a single Comma and was beginning to think I was going to be out of luck with the Speckled Wood when one suddenly appeared flying in front of me. It perched up a few times and then starting a battle with another one. A little later I returned to the same area and saw more. I think I probably saw 3 in total with one male performing very well for me on the return. 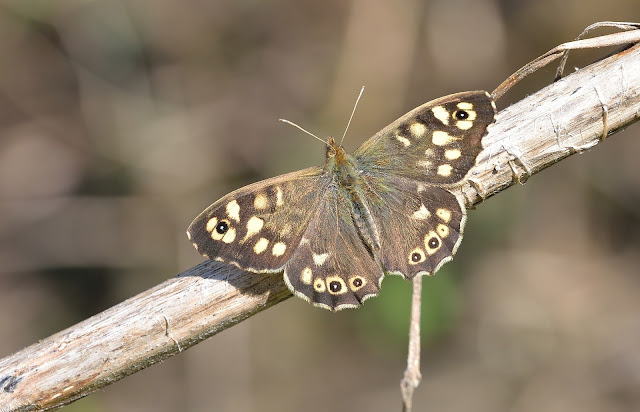 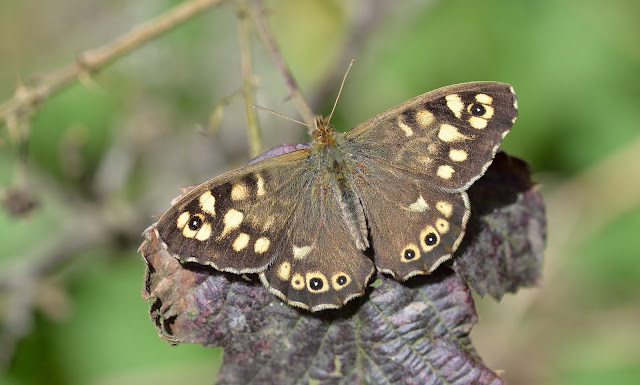 Posted by Bob Eade. at 17:38
Email ThisBlogThis!Share to TwitterShare to FacebookShare to Pinterest