Having seen many pictures of the Pett Level Glossy Ibis closer than I had the other day I decided to have another go today. On arrival the bird was briefly quite close, however, there was a very dark cloud over the sun and the light was awful. By the time the light had improved the bird had moved further away, although it was still nearer than last time. In the distance were some White-fronted Geese with some Greylag. 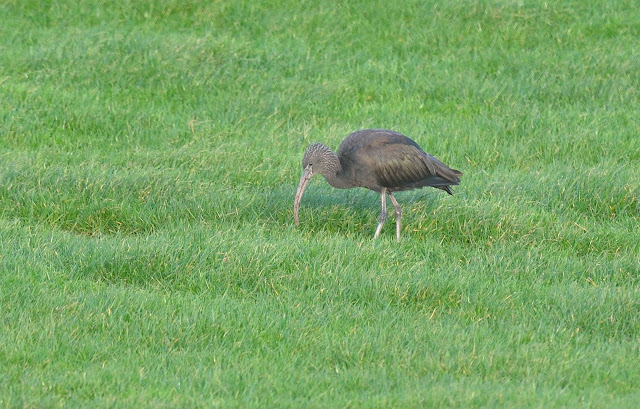 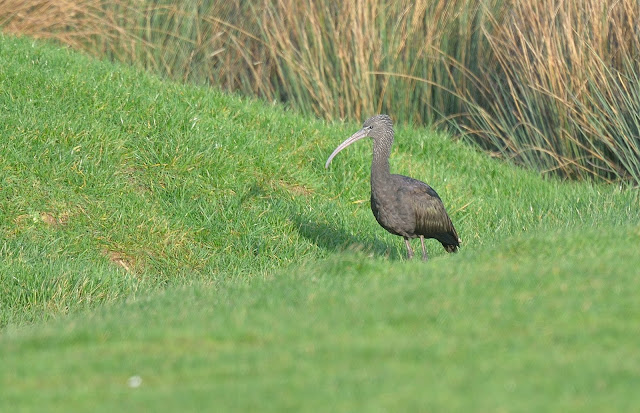 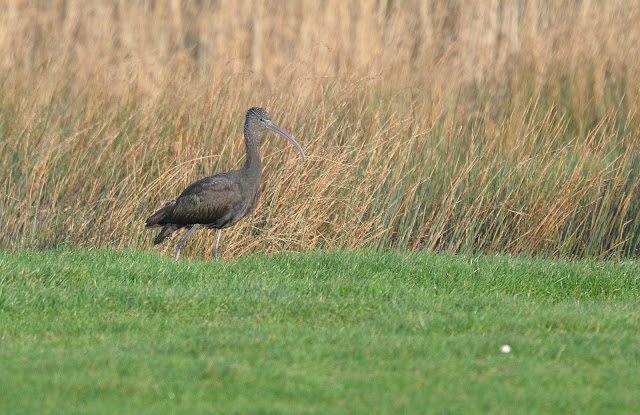 It was then a long walk along the seafront to Rye Harbour. I was hoping to see some Sanderling on the sand. In fact there were large numbers of these delightful little waders. The wind was very bad and with the edge of a rainstorm it was sheltering in the hide on the Ternery Pool for a short while. Very soon the sun was back out and it was back to the Sanderling. As usual with this species they never kept still and with the tide coming in very quickly, time was limited. 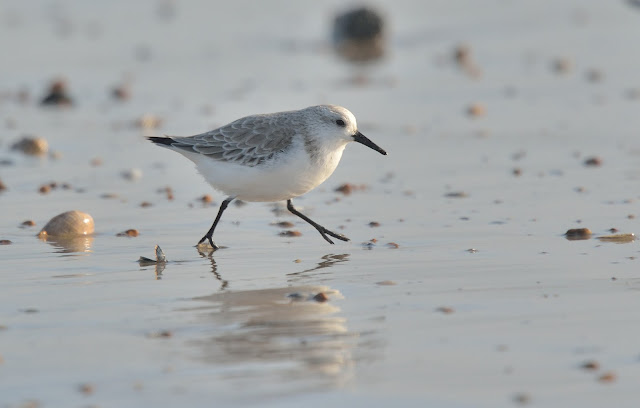 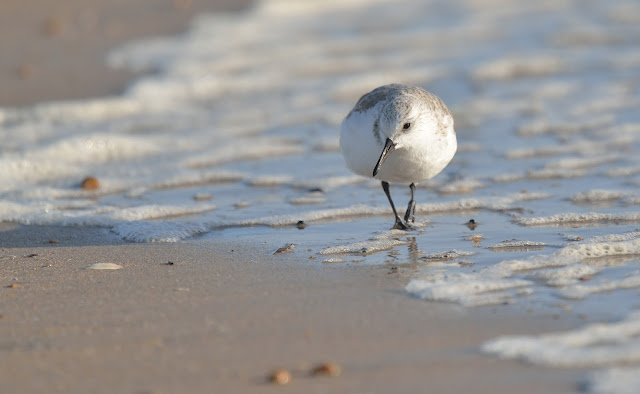 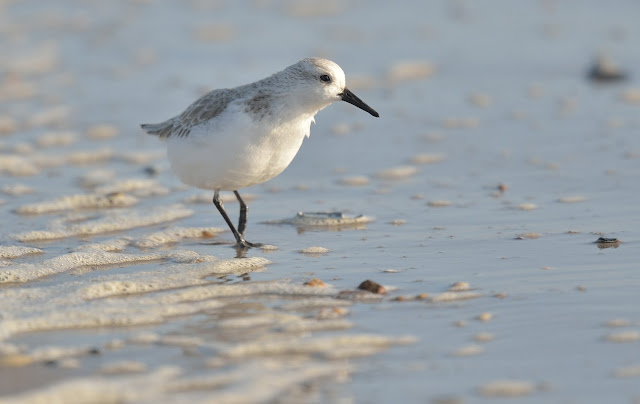 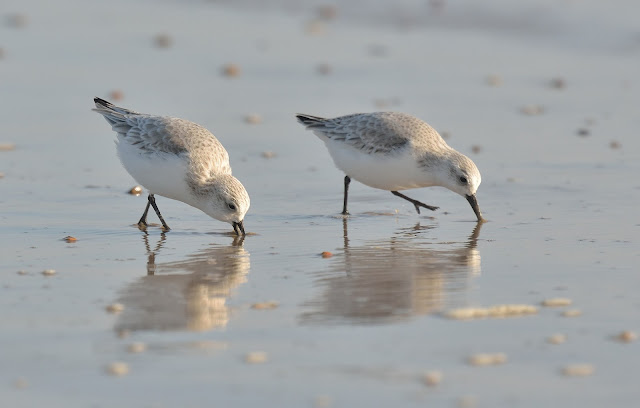 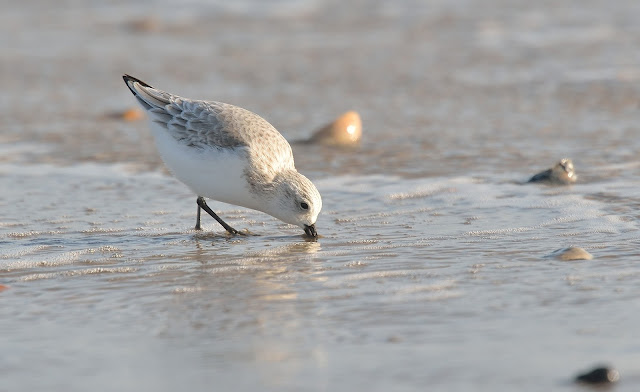 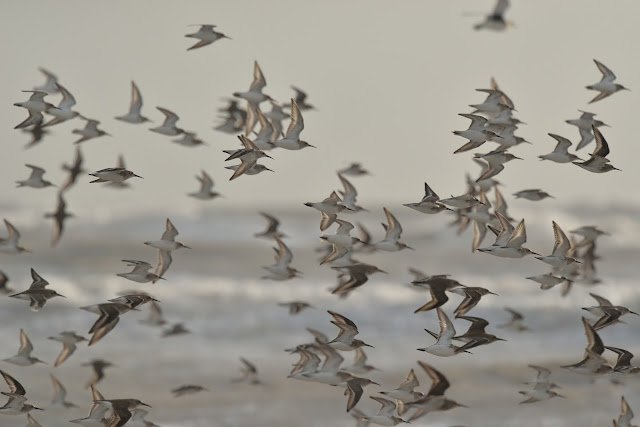 It was then the long walk back to the car straight into the wind which was getting stronger all the time. There was no sign of the Ibis so it was an early finish. A great day though!!


Posted by Bob Eade. at 18:35
Email ThisBlogThis!Share to TwitterShare to FacebookShare to Pinterest