Old Red-Eyes is Back.

A couple of trips this week to the local waterways has produced some interesting sightings as well as species that I've never managed to get decent pictures of before.
First it was back to the Demoiselles and Mayflies, as one can never have too much of these gorgeous creatures!! The weather was, as it seems to be at the moment, pretty poor!! However, with a few sunnier bits a few insects came out to show themselves, this included a mating pair of Red and Black Froghoppers. Once again Mayflies were very numerous. The Demoiselles were not so numerous with only a couple of male Banded and a female of each species showing. The highlight however was a pair of Hobby that were continually flying along the river and over adjoining fields for around 20 minutes giving multiple close views. With only a macro lens, as well as the poor light I can only keep the memory in my head!! There have been very poor numbers of Orange-tip butterflies this year. A male suddenly appeared in front of me and I managed my only decent shot this year of one as he nectared there. 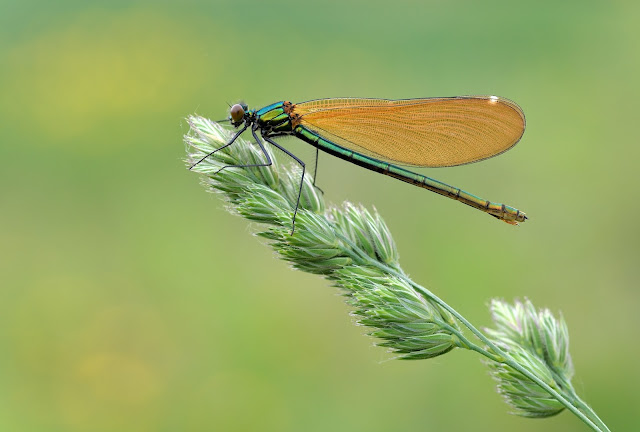 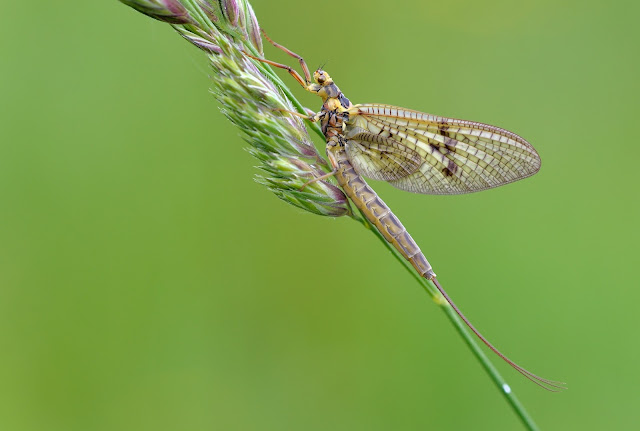 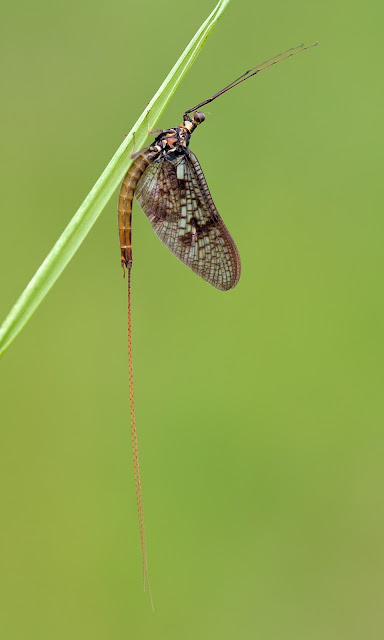 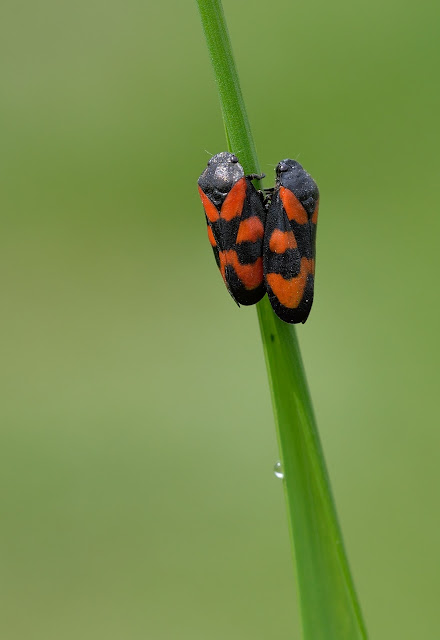 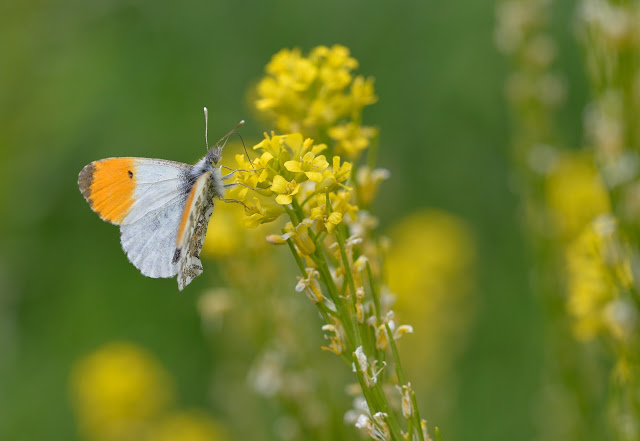 Later in the week it was back to the waterways to look for Variable Damselflies and Red-eyed Damselfly. On arrival the day started off well with another really good view of a Hobby flying amongst the hirundines. Straight after this the Variable Damselflies started to show well with 3 mating pairs and many single males flying. Along the riverbank the Red-eyed Damselflies were very evident, although they were very difficult to approach. Eventually I managed a shot of both a teneral and adult female and then the shot I was really after, a male in a normal pose of sitting on a pad on the water. A bit of care needed here to avoid an early swim. Whilst watching the damselflies on the water I spotted a baby Pike that was hunting water insects. The speed when he pounced was amazing to see. He was only about 3 inches long but already a real hunter!! Another hunter found was a young Raft Spider that was sitting on a pad near the damselflies. 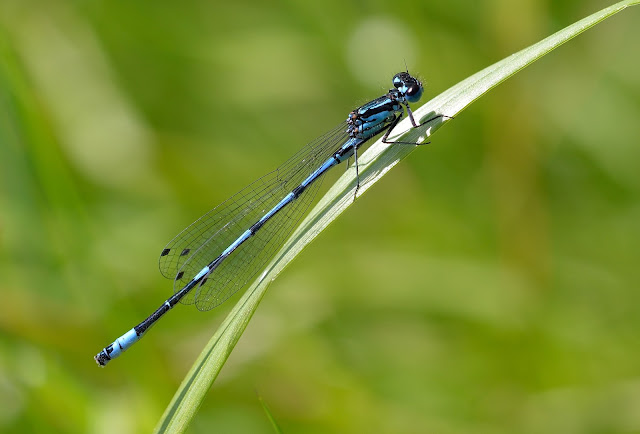 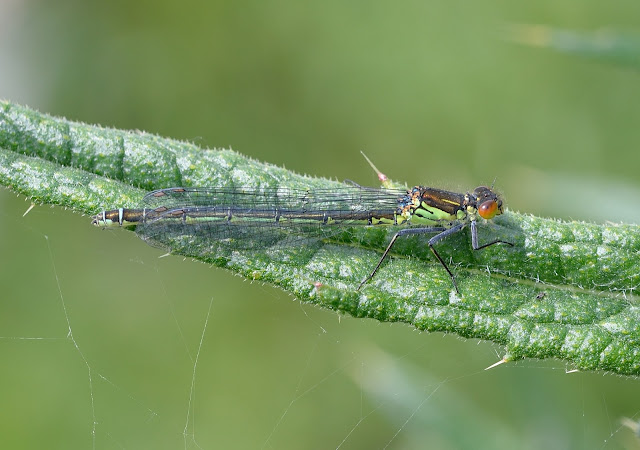 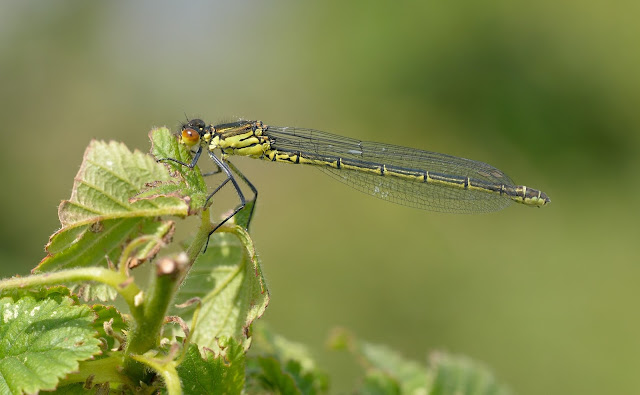 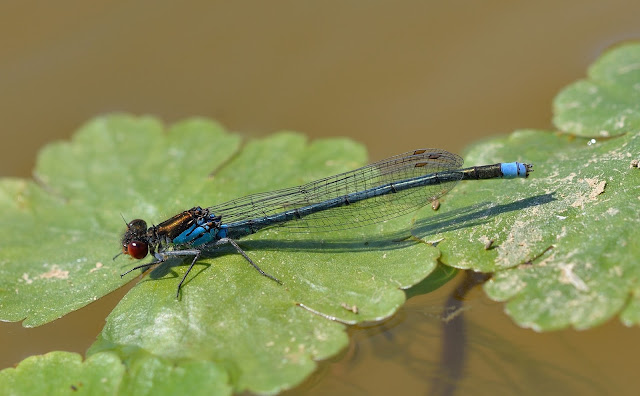 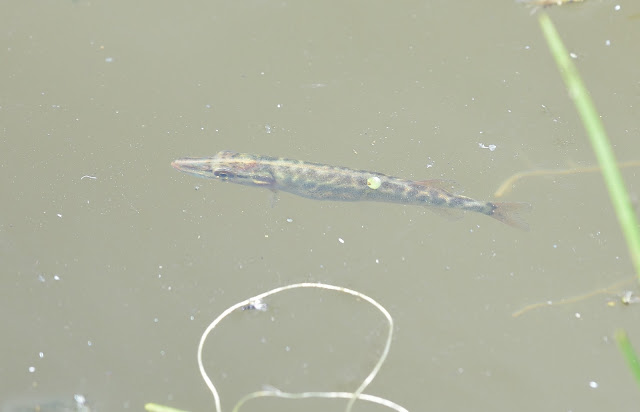 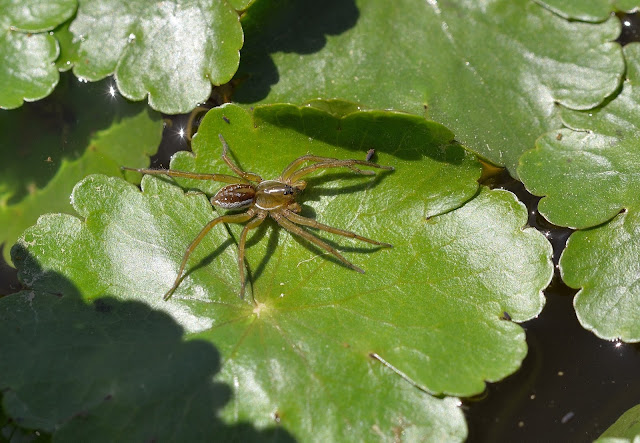