After several attempts over the last few years to get up to Scotland to see the Chequered Skipper, the
only British butterfly that I hadn't yet seen, I'm pleased to say that this year I managed the long trip there. Picking Nigel up at Heathfield at 9pm it was then a really long drive up to Glasdrum Wood near Oban. We arrived at the wood at around 7.30am where we had a bite to eat and chill out before the sun came up. Just after 9am we ventured into the wood where a couple of White-spotted Sable moths were seen before it started to rain. Fortunately it soon stopped raining and then it was back into the wood where I soon saw my first Chequered Skipper. Following this several more of this delightful little butterfly were seen along the ride. It certainly was a relief to finally catch up with this rare species and to complete the full set of British butterflies. 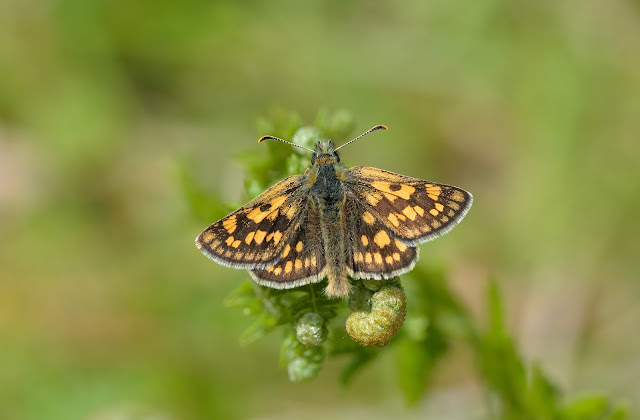 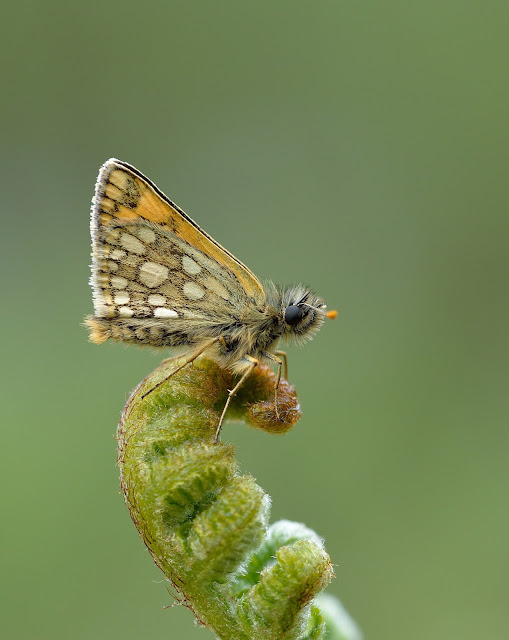 In the next ride up I came across a fresh female Small Copper that seemed to have less black markings on it than the ones back down home. 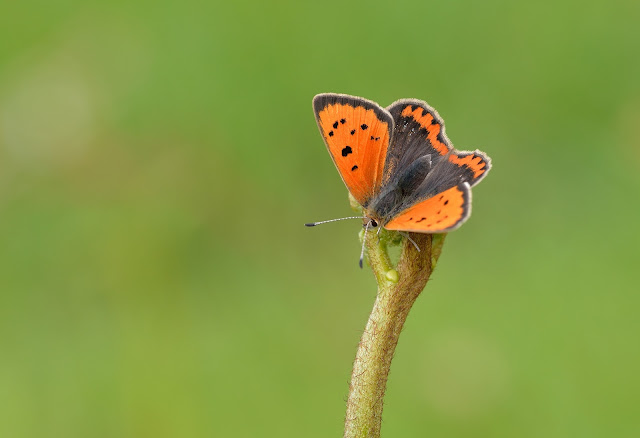 Later in the day we went to Glen Loy, another hot-spot for the skippers, here though it seems the butterfly is yet to emerge following the cold Spring we've been having. Several Green-veined White were seen as well as a newly emerged Four-spotted Chaser. 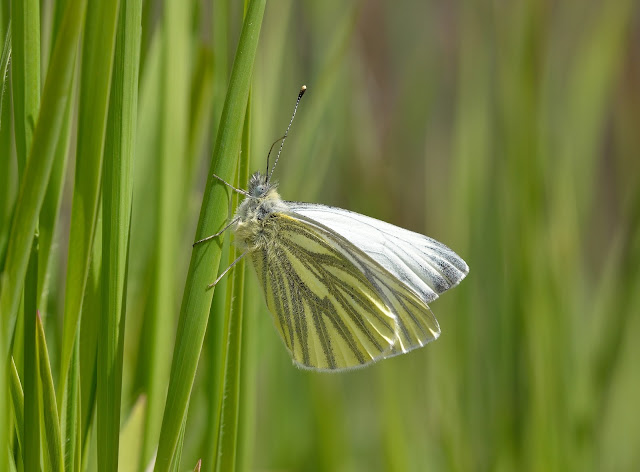 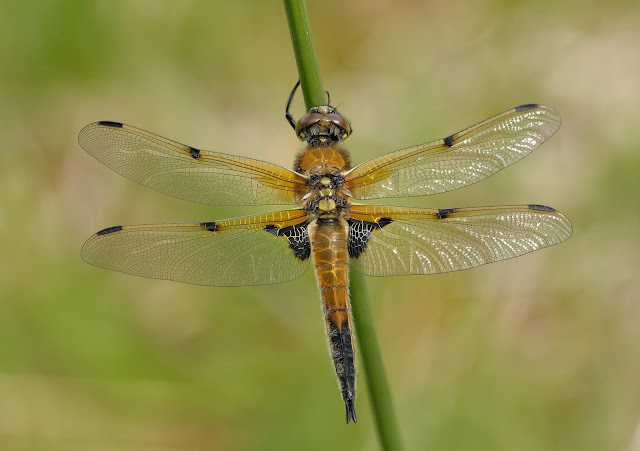 This was day one of a great week spent dodging showers and bad weather seeking out rare dragonflies and other insects. Two dragonfly targets, the White-faced Darter and the Northern Damselfly were both early in their flight season, and with the late spring there was only a small chance of seeing them. My next few postings will be of our week in Scotland with many great sightings and some unexpected surprises.

Posted by Bob Eade. at 21:08
Email ThisBlogThis!Share to TwitterShare to FacebookShare to Pinterest