Beetles make up a huge group and are somewhat neglected by myself, although when one is found that I don't recognise I do try to find out if it could be a species that is perhaps scarce or even rare.

This happened in this past week when I went out to check the moth trap and spotted a strange beetle on the patio windows. I potted it up to investigate it further in the daylight the following day. Once I had photographed it I could get down to trying to work out what it was, but scrolling through several sites on the net with no luck I resorted to sending the photo to Bob Foreman from the Sussex Wildlife Trust, and as it happened he was halfway through writing an email to Graeme Lyons who records and monitors beetles among many other things. Graeme immediately knew that it was an Oedemera femoralis, which is a Nationally scarce species with around 50 Sussex records and not many more than 200 in the whole of the UK. 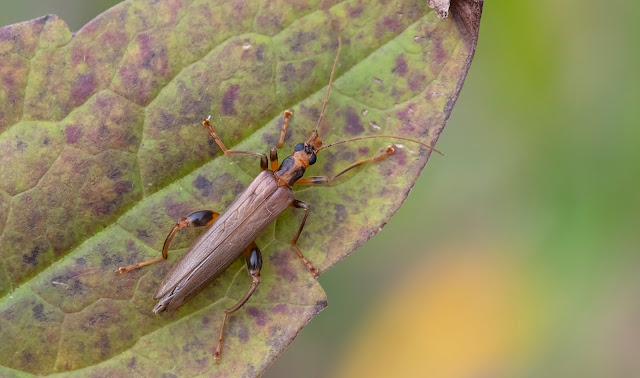 Oedemera femoralis.
Earlier in the year, May 26th to be exact, I came across the Drilus flavescens a very strange beetle that enjoys snails for dinner. This species seems to have become more numerous in recent years. The first one that I saw was actually in the garden of my childhood home when the neighbour spotted it in his garden and caught it to show me when I was visiting Mum several years ago. Since then I have found a few including more in the garden in Lewes.
This one photographed in May was on my patch at the back of Seaford. 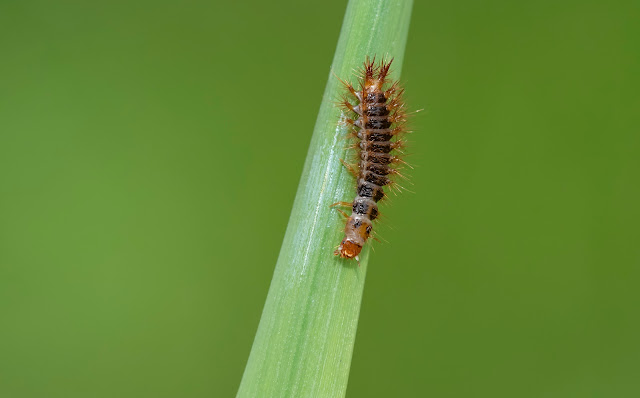 Drilus flavescens.
In the past few weeks I have seen 3 Western Conifer Seed Bug. This is actually a member of the Squashbug family, rather than being a beetle. Native to the USA it made it to Europe in 1999 and then migrated from Europe to Britain around 2008. A very attractive bug that is found in the Autumn and is gradually increasing in number. I think the first one I saw was in 2018 when I saw two at home and one in Eastbourne. A very attractive insect, if you like those kind of things, like I do!! 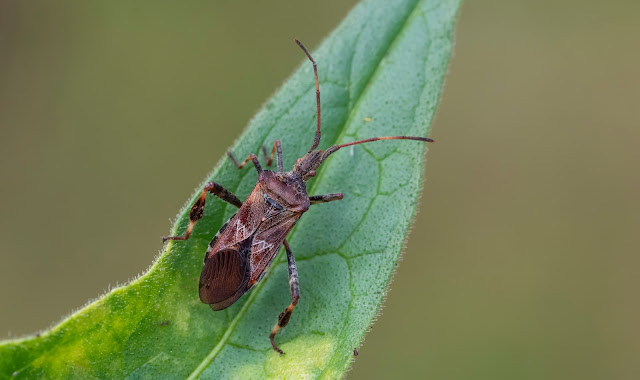 Posted by Bob Eade. at 10:25
Email ThisBlogThis!Share to TwitterShare to FacebookShare to Pinterest