During my searches in the meadows I also saw some pretty good moths. Before going to Transylvania I had a special encounter in Kent with the Black-veined Moth and at the time I thought there was a chance I would see one or two on my trip. However, I certainly wasn't expecting to see dozens of them!!

Both the meadow near Anna's family home and the meadow in the mountains held them, but in the mountain meadow they were much fresher and in my early morning searches I was able to find some still at roost. However, they were very alert as soon as I tried to get close so I had to work really hard to get any decent shots. 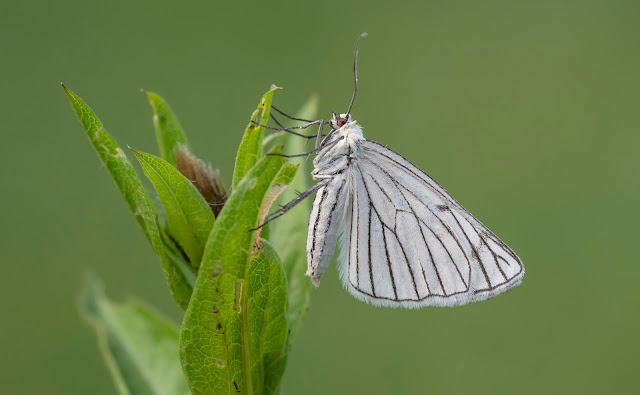 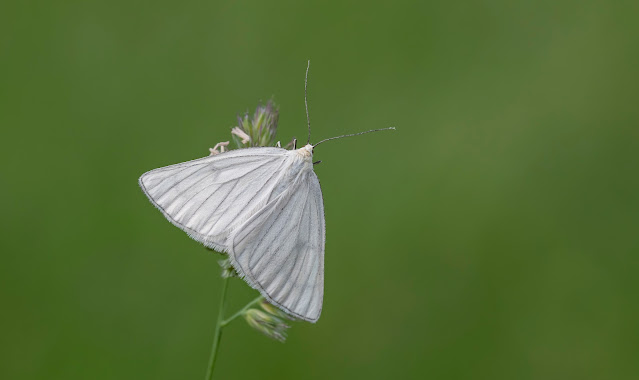 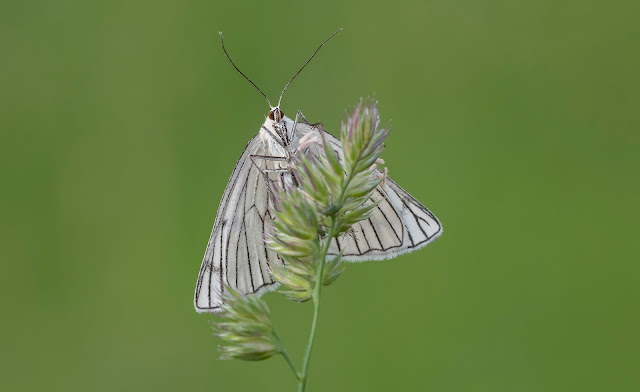 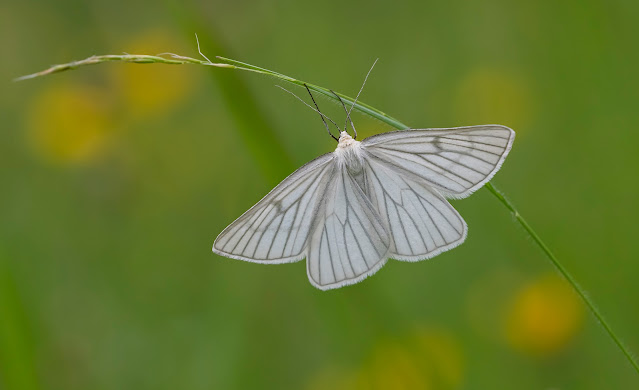 Black-veined Moth.
Another superb moth from the mountain meadow was the Small Argent and Sable. I have seen the larger Argent and Sable before a few times in Hampshire, but this was the first time I have seen the Small. I was so lucky as it landed just by me with wings spread wide. Later in the day on the mountain climb we saw several of these but none of them would settle. 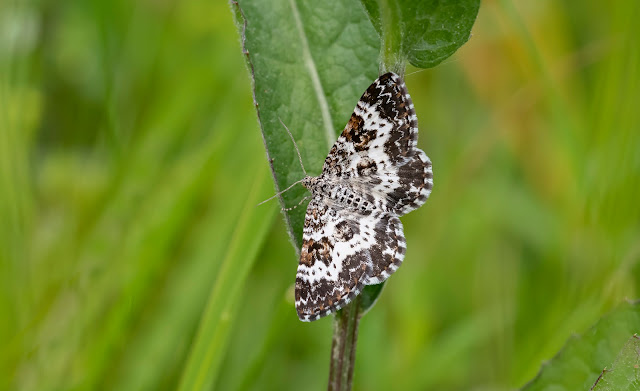 Small Argent and Sable.
Back at the other meadow several Transparent Burnets were seen. This species is only found in Britain on mainly Scottish islands with just a small number of colonies on the Scottish mainland. A beautiful moth, and yes, the wings are see-through!! Transparent Burnet.
A close relative to the burnet was a Scarce Forester. This is a species that I get close to home, even being on my home patch. 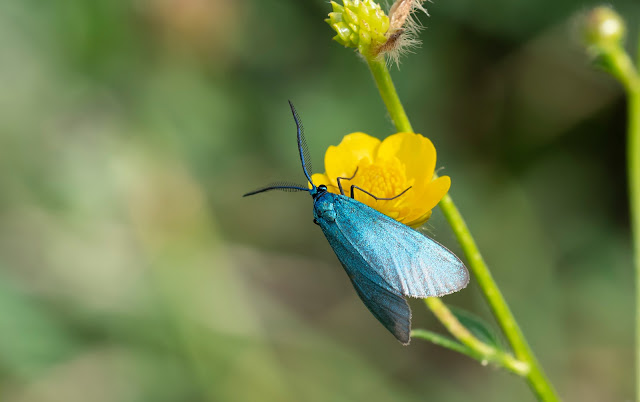 Scarce Forester.
I also took a few Clearwing pheromone lures for species I was unlikely to get in Britain. The only one that brought in any was the Dusky Clearwing. This is a species that was last seen in Britain in 1924 in Oxfordshire. It has now been presumed extinct since just after that time. However, it is obviously doing very well still in Transylvania as several were caught in the garden there. 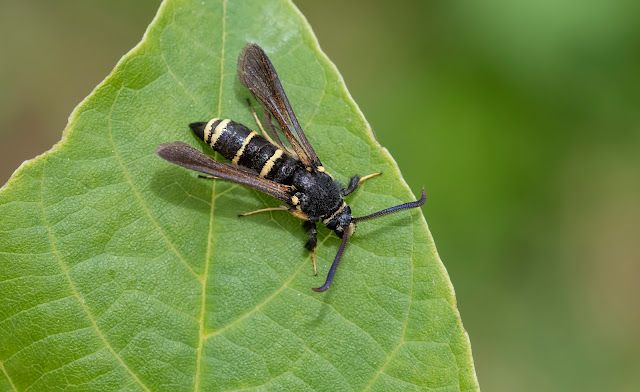 Posted by Bob Eade. at 17:35
Email ThisBlogThis!Share to TwitterShare to FacebookShare to Pinterest