Just before my Scotland trip with Matt I wanted to get to the private woodland that I survey each year to see if many of the woodland butterfly species were showing yet.

The weather was very indifferent during the morning and I so nearly decided not to go, but the skies did start to lighten and I thought it was worth the risk.

As it was it turned out to be one of the best walks I've had for some time with some unexpected sightings which started with a very large orange coloured butterfly flying towards me along the ride. This turned out to be my first Silver-washed Fritillary of the season, shortly followed by another 5 or 6. With the weather still remaining overcast it was great to find one of the males casually warming up and quite content with me busy photographing him. Of course with it being so early in the flight season the butterflies were all in mint condition too. 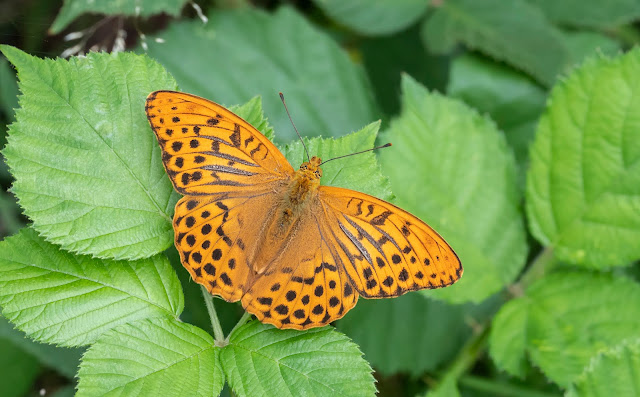 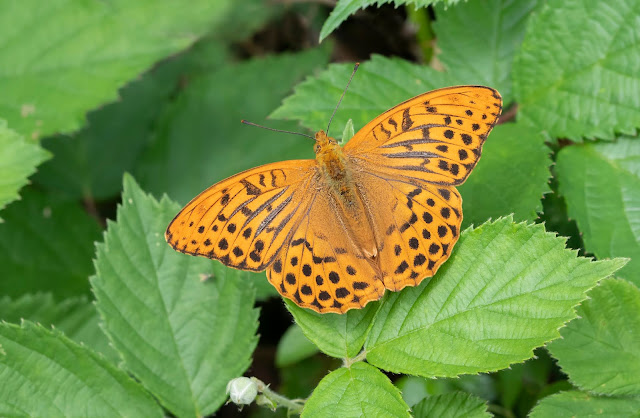 Male Silver-washed Fritillary.
It was whilst I was photographing this particular male that I spotted a skipper butterfly flying just by me and I quickly realised it was a Small Skipper. Another species I wasn't really expecting to see here today, as at that point no Small Skippers had been reported from Sussex in 2021. As it was I saw another 3 of them before my time was up for the day. 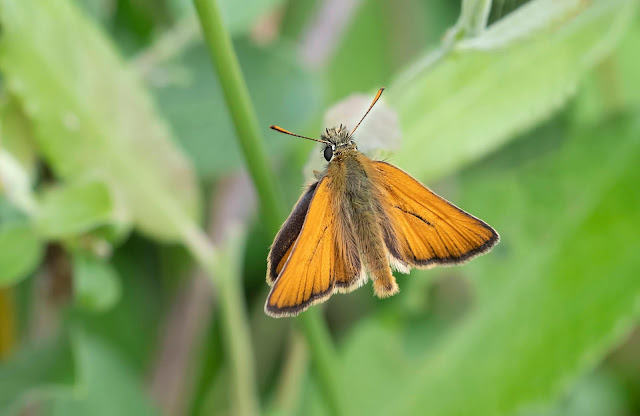 Male Small Skipper.
A little further along the ride I came across a pair of mating Large Skippers on top of a Bracken frond. As soon as I saw them I could see that the pairing was coming to an end as the female was pushing the male away from her, but I just had time to get a very quick shot of them before they split up. 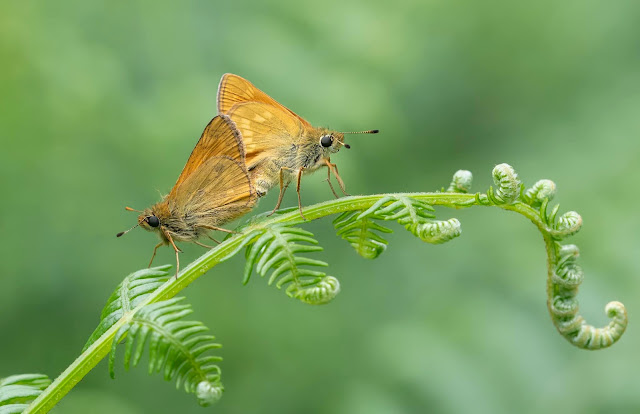 Mating Large Skippers. (Female on the right).
I was also keen to see how the Yellow-legged Clearwing were getting on in the wood and they certainly seemed to be doing okay as I saw around 6 of these lovely little insects. A Red-tipped Clearwing was also seen, although this guy was not in good condition so I didn't photograph him. 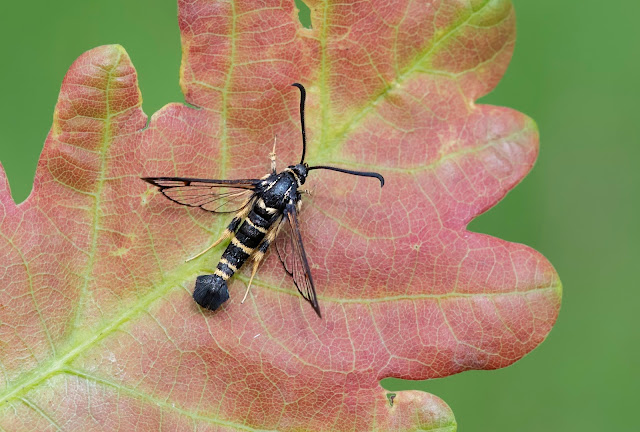 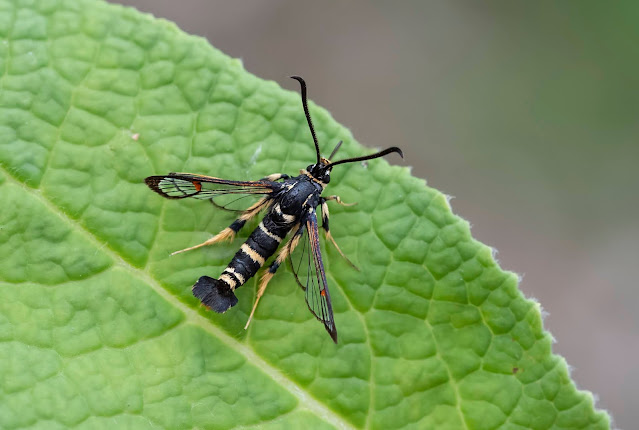 Yellow-legged Clearwing.
There was also quite a bit of odonata activity with several Beautiful Demoiselle seen along with White-legged Damselfly, Emperor Dragonfly, Black-tailed Skimmer, my first Common Darter of the year and several other common species.
On leaving I visited a nearby site that has a Lizard Orchid growing. This plant has failed to flower for the past few seasons so it was good to see it has flowered again this year. 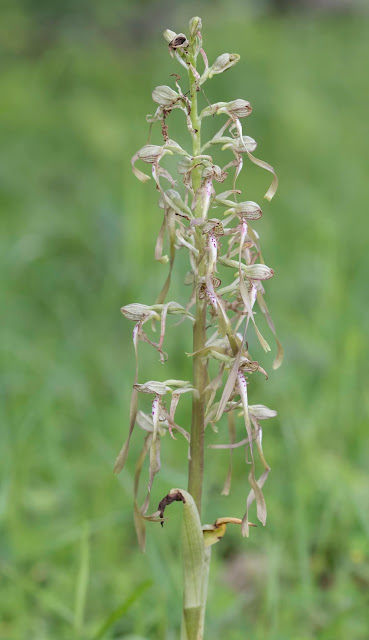 Lizard Orchid.
A wonderful day out in the Sussex countryside, and it was now time to pack ready to meet Matt up in Scotland.
Posted by Bob Eade. at 08:49
Email ThisBlogThis!Share to TwitterShare to FacebookShare to Pinterest