Spring is in the air.

With a few very warm days promised, and with Pen in hospital and me not being able to visit I decided the best way to stay sane was to go for a longer walk than normal from home.

Just before the end of March I generally get some of the rarer micro moths appearing on my patch, and it was good to get some good sightings of the Scarce Purple and Gold (Pyrausta ostrinalis), as well as a single Anylis comptana which is a very small and local moth. So small my aging eyesight lost it pretty quickly. Pyrausta despicata were also seen in small numbers. 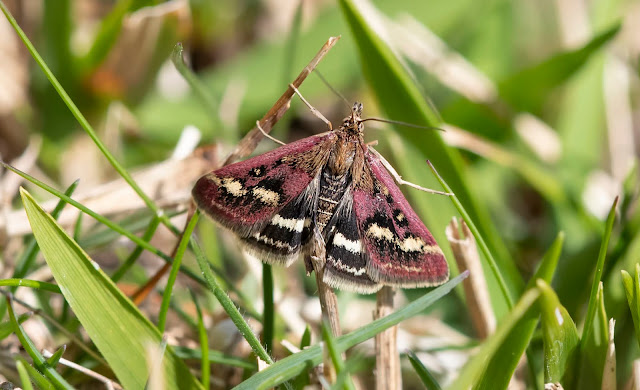 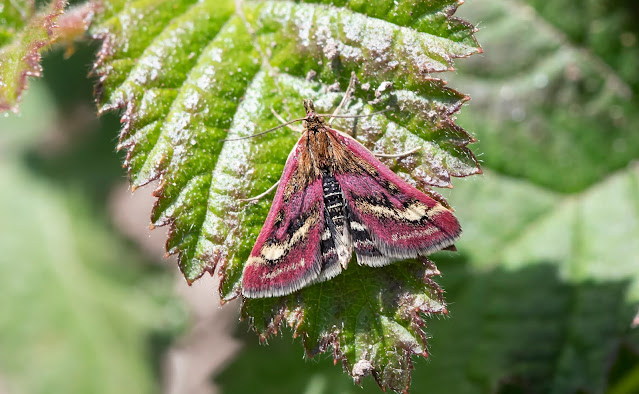 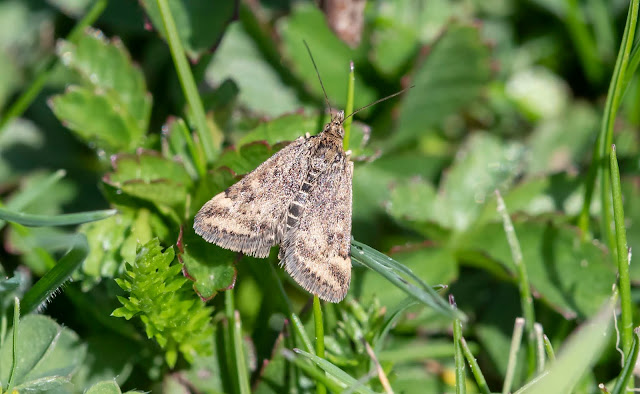 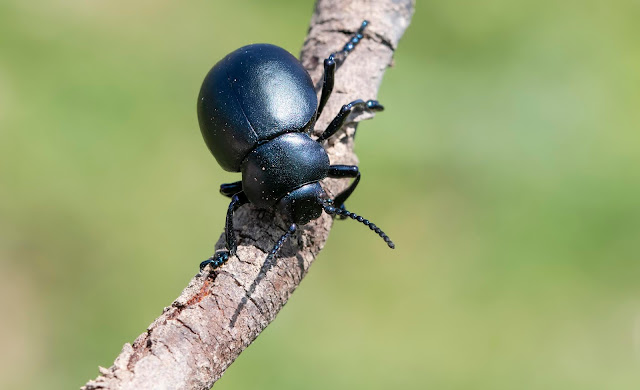 Bloody-nosed Beetle.
Further into the walk I came across a stunning pair of Stonechat with the male in full breeding plumage and looking particularly smart. He was busy displaying to his partner and she seemed very suitably impressed. He constantly landed on the top of bushes with the valley behind giving a clear background. 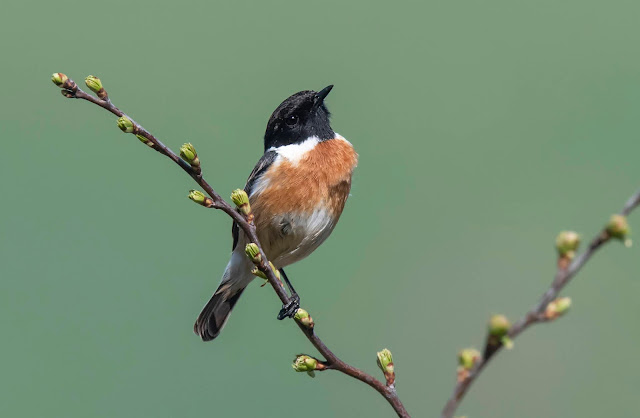 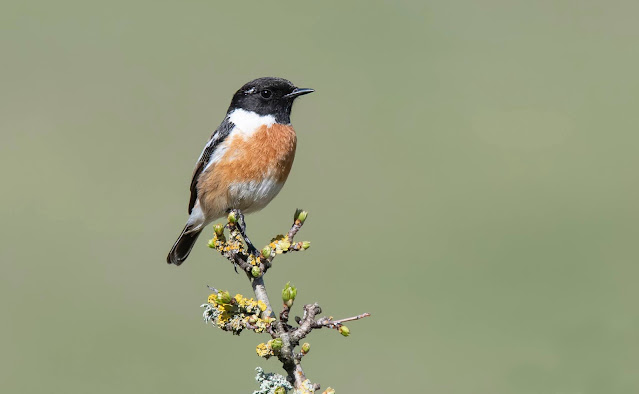 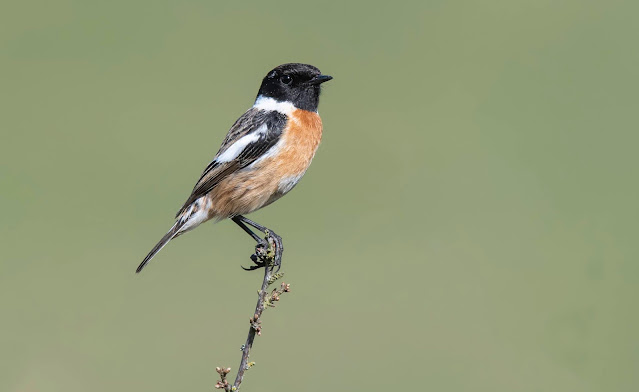 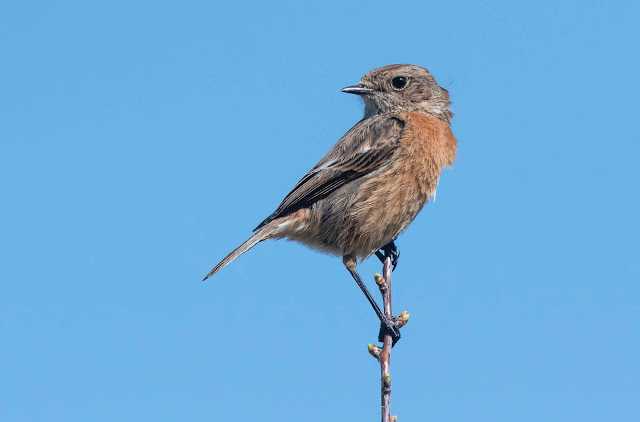 Female Stonechat enjoying the display too.
Towards the end of my walk I came across a small party of 3 Wheatear, my first of the year. The male was spectacular, but unfortunately kept his distance. The 2 females were a bit closer and the photos of one showed it to have a small growth, possibly a tick on the neck. 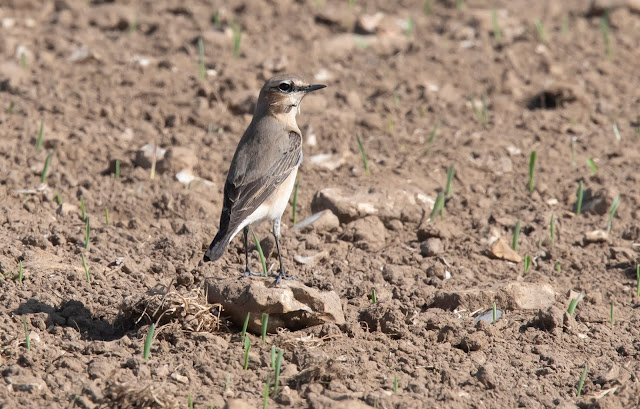 Wheatear.
A stunning walk with 6 species of butterfly seen, all the species I have already seen this year with the bulk of them being Brimstone, followed by Peacock. Comma, Small White, Small Tortoiseshell and Red Admiral being the others. Just one very large Wall Brown larva seen. Chiffchaff were heard most of the way too making it feel very Spring-like.