Having photographed the beautiful male Chalkhill Blue on several occasions I was aware that I didn't have too many shots of the female.
To many, the female of this species is a bit dull, but to me it does still have some subtle beauty. The female Chalkhill Blue is also often confused with the female Adonis Blue, but these days the Adonis generally has more blue mixed in the the overall brown colour.
With a really still morning forecast earlier in the week I decided that I would get up really early and try to get some better shots of these under-rated butterflies.
Males are generally much easier to find, but as the species is doing rather well this year it wasn't long before I found a few female Chalkhill Blues at roost on the tall grasses as well as one on a Knapweed bud.
Gradually they opened their wings as the sun came up and I was pleased to see that two of my chosen subjects were in very good condition. These same 2 also performed well for me allowing a few shots with both cameras. It was also a really good test for the new macro lens. 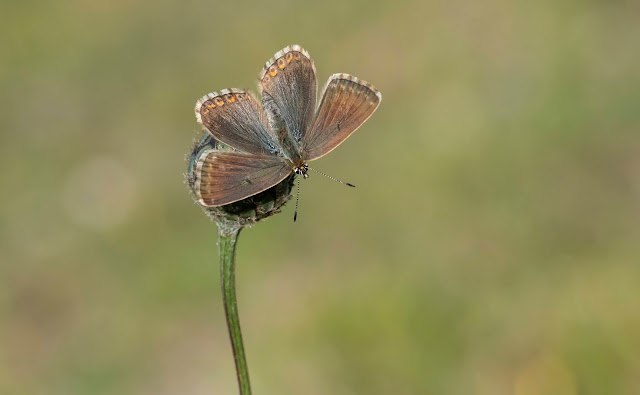 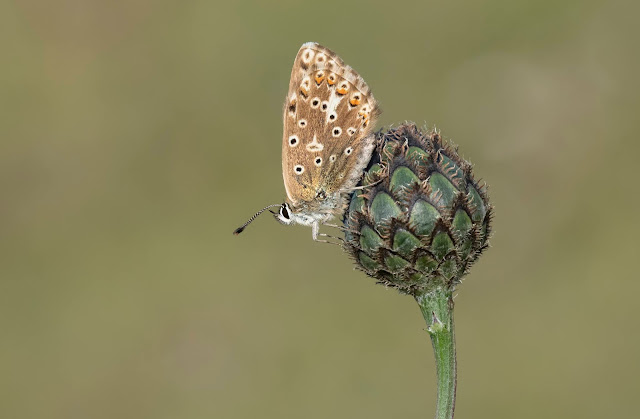 Female Chalkhill Blue back to roost as the sun went behind a cloud. 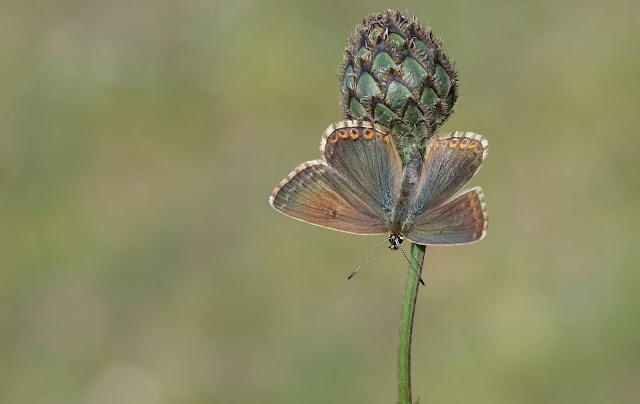 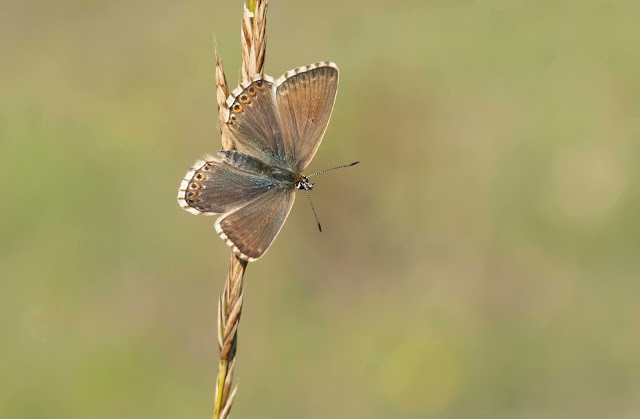 My favourite shot of a Female Chalkhill Blue.
Posted by Bob Eade. at 15:52
Email ThisBlogThis!Share to TwitterShare to FacebookShare to Pinterest