On Thursday another early start with the mile walk up to my patch but this time I travelled slightly heavier with the telephoto lens, very much a last minute decision!!

On arrival I soon found a mating pair of Cinnabar Moths and whilst I was photographing these a Common Whitethroat was calling almost continuously from an area of Hawthorn nearby. After leaving the moths the bird was still there so I decided I may as well try and get near the bird as I had the longer lens with me. 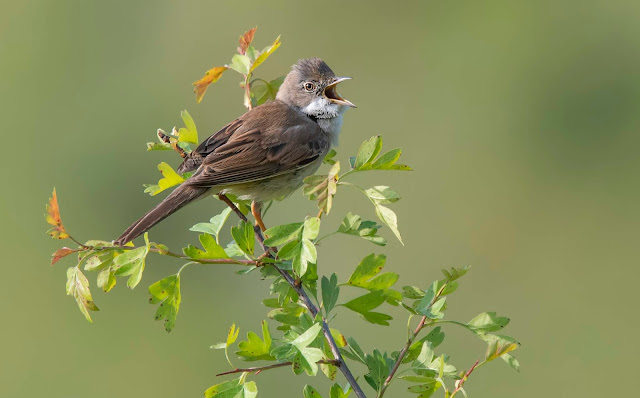 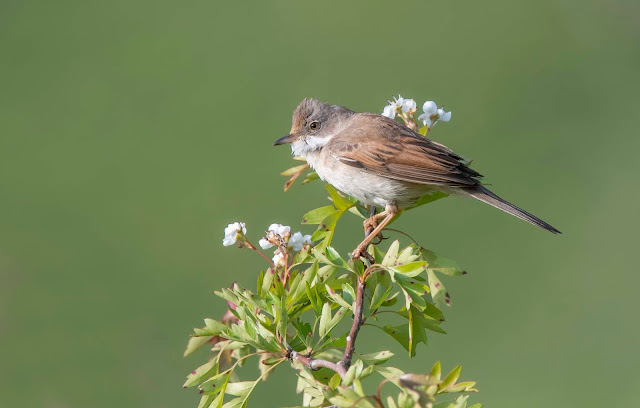 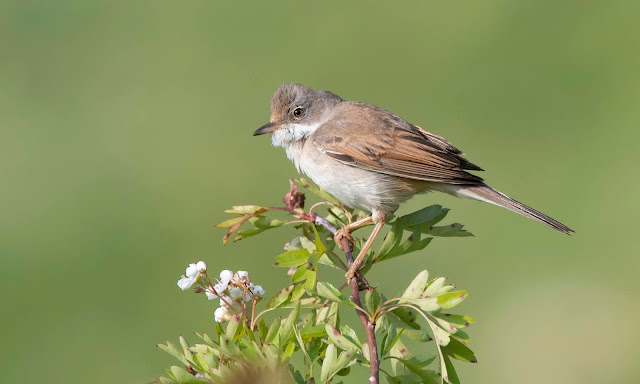 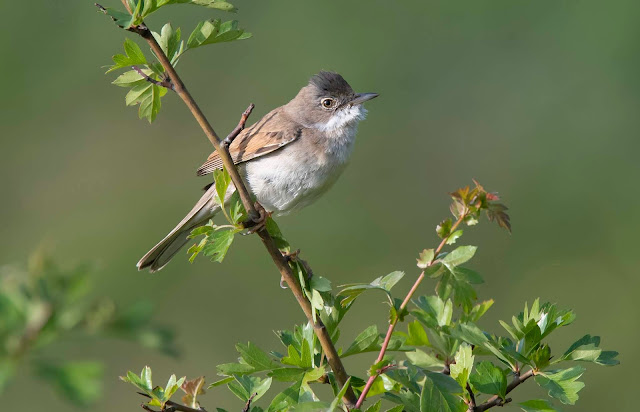 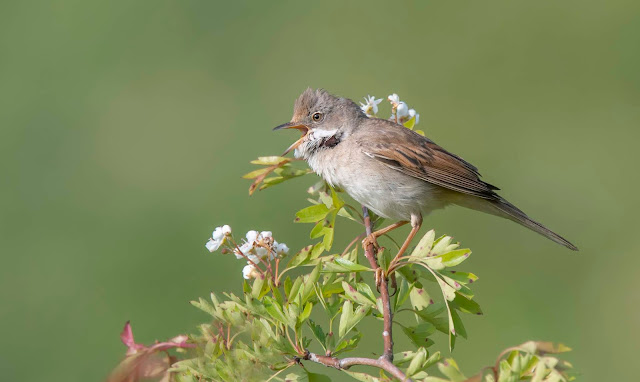 That lovely scratchy song that signals Summer is here.

At this point I saw a really knackered looking Fox walking up the slope opposite and thought it had to have some cubs with it looking so worn out. 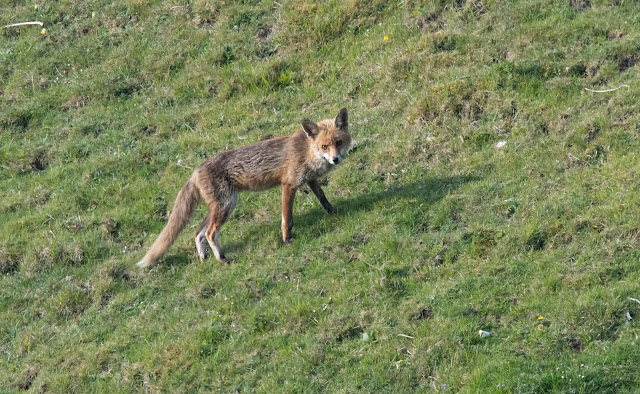 After finishing with the Whitethroat I looked up the hill and saw the Fox looking at me, I then noticed some little bundles of fluff in front of her and there were 4 Fox Cubs playing. After the adult moved back into the bushes I managed to get just about close enough to get a few record shots of the cubs playing, although there was lots of scrub between us. They then came much closer to me but they were all the time behind thick bush so I couldn't get any more pictures. It was a wonderful experience though seeing them play and explore. 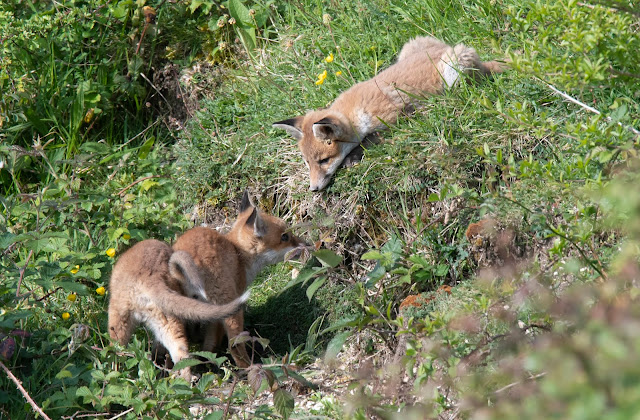 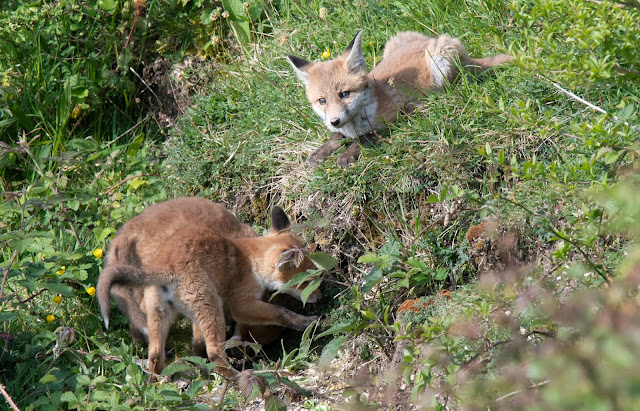 I then left this area and walked along the valley where A female Stonechat sat up nicely on some bushes. 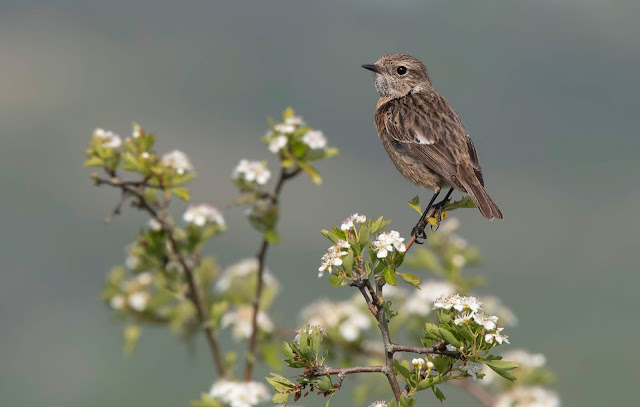 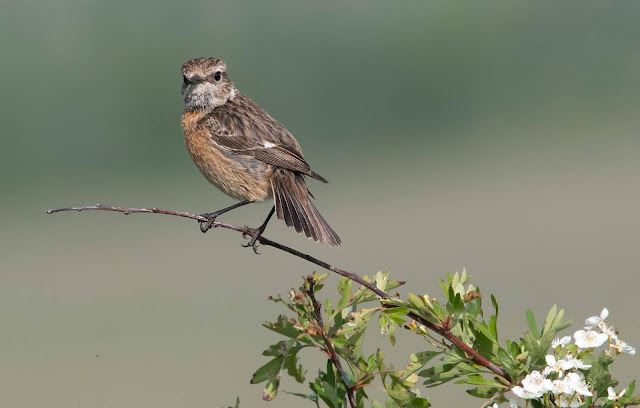 Giving me a dirty look!! 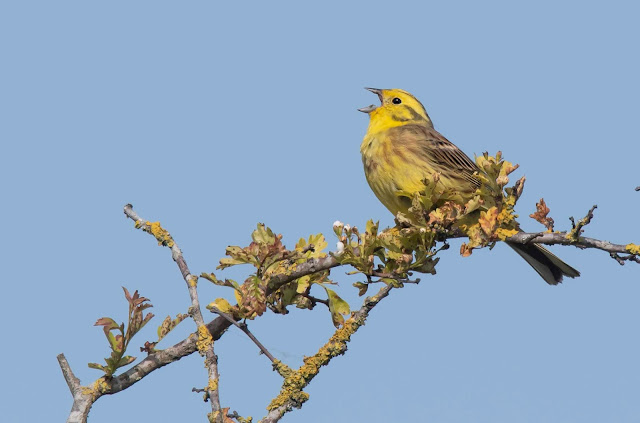 A Male Yellowhammer finding it all a bit funny.

An immature male Broad-bodied Chaser was along the bush line. 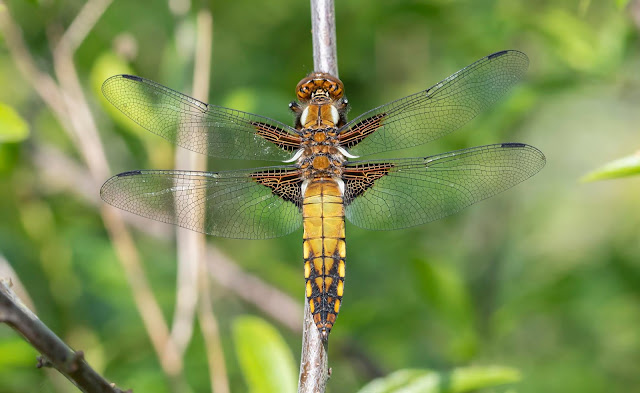 However, the star of the morning was certainly the Common Whitethroat and this was the final shot of him before I decided I had taken a few too many photos of him. 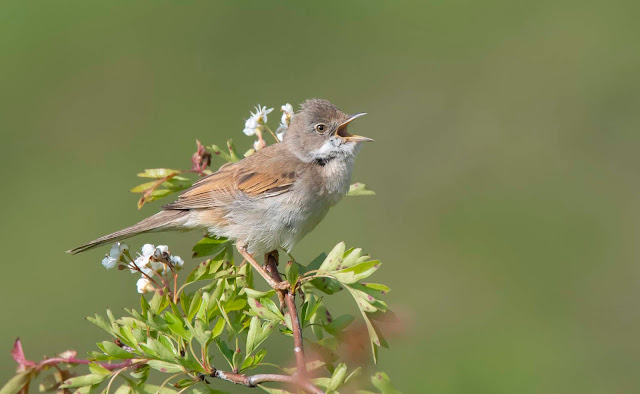 Was I glad I took the telephoto lens!!

Posted by Bob Eade. at 14:25
Email ThisBlogThis!Share to TwitterShare to FacebookShare to Pinterest