Caught In The Rain.

With the weather being quite dull yesterday I risked a walk from home hoping that most people would not be on the Downs.

As it happened I hardly saw anyone which was good. My aim was to hopefully find some roosting Dingy Skippers on a bank around 2 miles from home.

The nearer I got to the site the duller it became and then, just as I arrived a steady drizzle started. I was still hoping though to at least find some roosting butterflies, maybe my first Small Copper or Brown Argus of the year as well as those intended Dingy Skippers.

The first insect of interest came in the form of a splendid male Common Heath moth that was so surprised to see a stupid homo sapien out in the rain that it actually sat up in the grass giving a rare opportunity for a photo. Despite the light by now being absolutely dreadful the photo was actually not bad!! 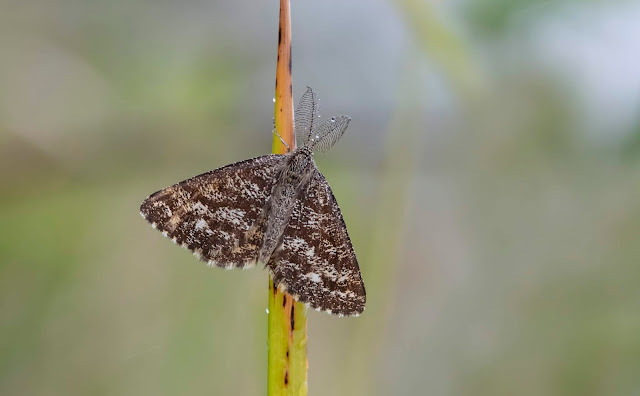 I then found the first of 2 Dingy Skippers at roost. This species generally roost on old seed-heads and then wrap their wings around the seed-head where their camouflage makes them quite hard for a predator to see them. Of course, when it rains the butterfly gets wet, just like the bloke that is taking their photo. I was quite lucky that in the background there was a good clump of Horseshoe Vetch that gave the photo a bit of colour in the dreadful conditions. Meanwhile the butterfly was covered in water droplets. 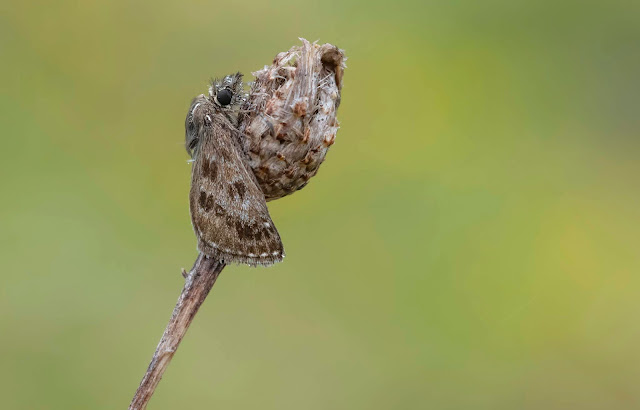 A little further up the hill I came across the 2nd Dingy Skipper. This one was getting even wetter than the first one on its chosen seed-head. The backdrop for this one was the opposite side of the valley which being lighter showed the droplets up even more. There was presumably a droplet on the eye which gives the impression that its eye was very large. 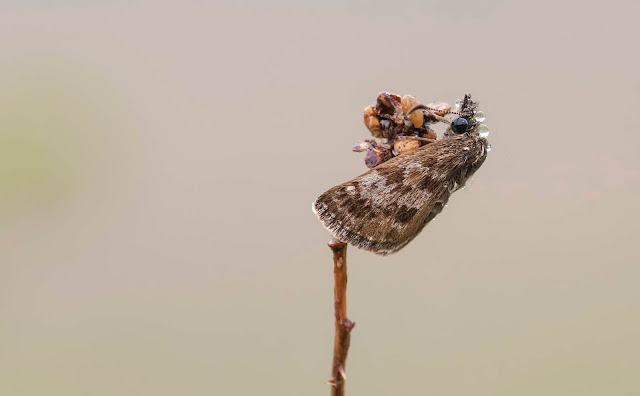 By this time I was soaked through, a bit similar to the Skippers, and I was glad that the camera is meant to be waterproof.
I then saw a larval web with lots of tiny caterpillars in it. As this is the main area where I found a colony of the Small Eggar 5 years ago, a very rare moth in Sussex, I was hopeful that I had come across some more. On closer inspection, that meant getting even wetter, it was clear that these were the Small Eggar, and another web nearby was even better news. 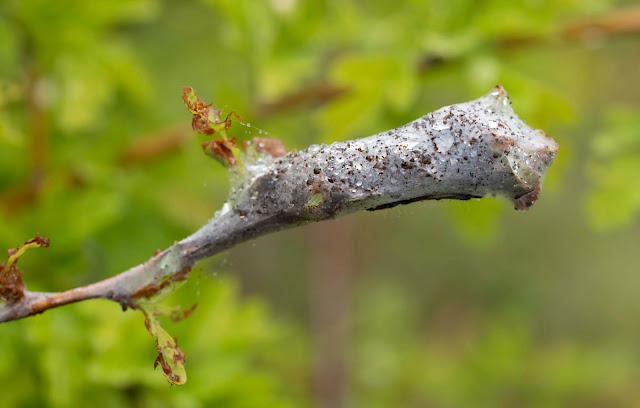 Small Eggar larval web. (the larvae hiding from the rain under the web). 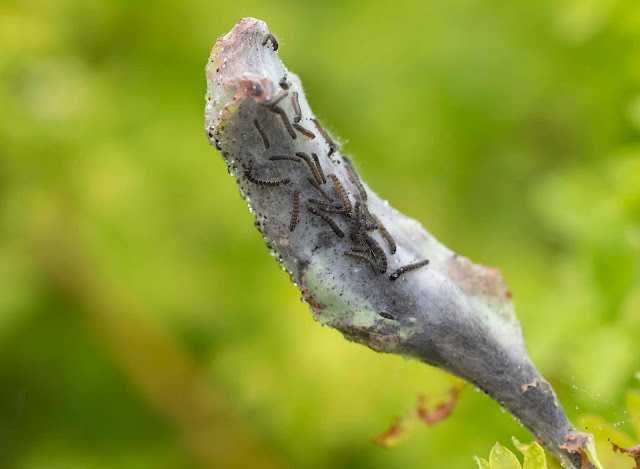 Small Eggar larvae photographed from underneath.

In the end a very successful afternoon in weather that really warranted staying at home and listening to Pink Floyd!!

A couple of other photos from the past few days included my first Common Blue of the year, late in the day on May 1st. 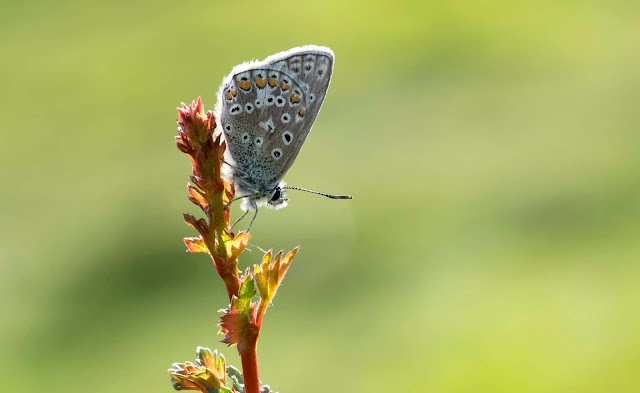 Also a female Holly Blue from the garden. 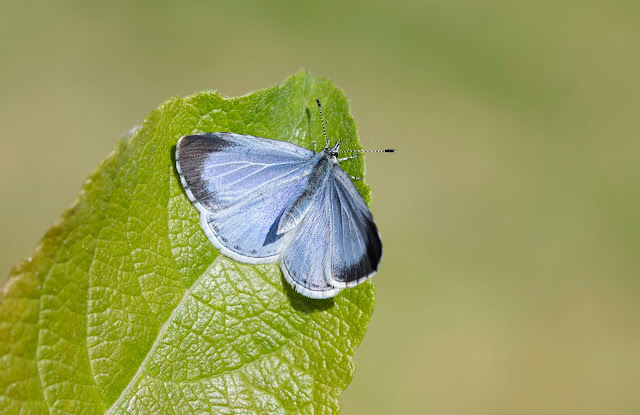 Female Holly Blue in the garden.

Posted by Bob Eade. at 11:00
Email ThisBlogThis!Share to TwitterShare to FacebookShare to Pinterest