The Call of the River.

With a slight easing of the lockdown I felt I could drive the 4 miles to my favourite site for Demoiselles last Friday.

With a calm morning forecast I was confident of finding some Banded Demoiselles and a few Damselflies of various types.

I hadn't however taken the temperature into account as there was actual ice formed on some of the grass, and that meant that my target species had all descended deep into the undergrowth to escape the freezing conditions.

After a bit of walking about the sun came up and the temperature rocketed, and the Demoiselles appeared. Unfortunately for me they warmed up so quickly they became very active. I was very lucky just to find a male Banded and Beautiful that did sit still long enough to get a couple of shots off.

A very cold Azure Damselfly also gave me the chance to photograph a very wet insect as it was covered in a heavy dew as it started to warm up. 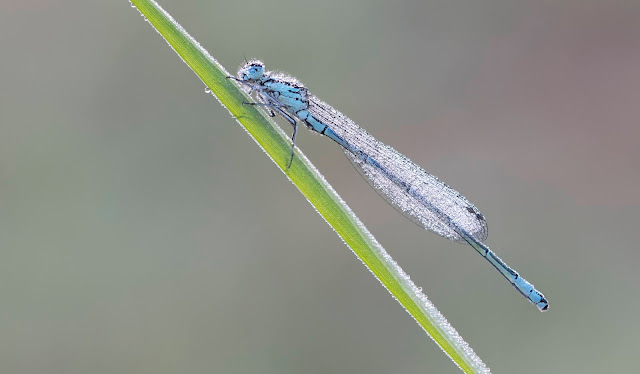 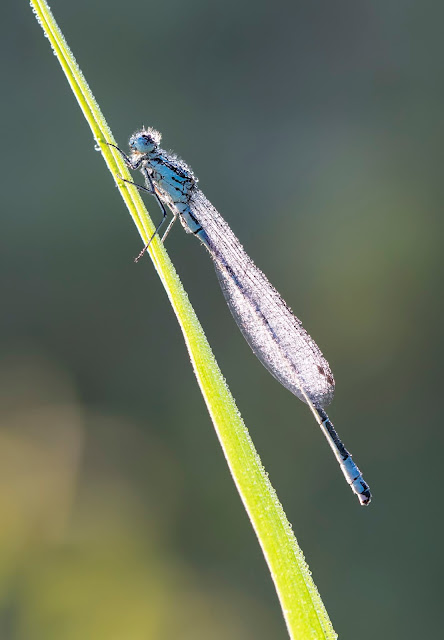 The same insect with the sun starting to appear. 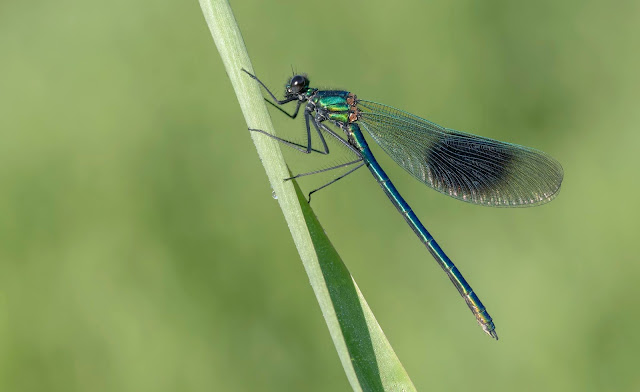 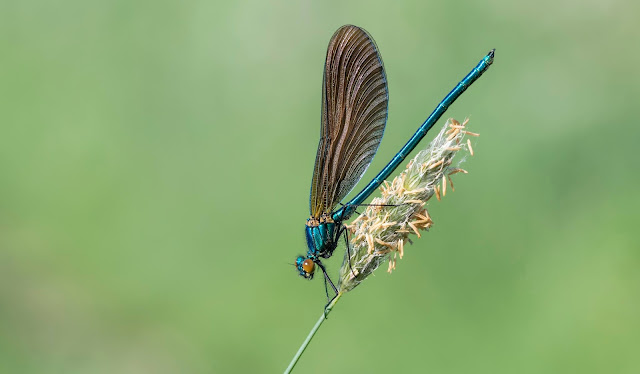 It was like a breath of fresh air being somewhere other than the patch and with good views of a Cuckoo and several Warblers the couple of hours spent was very worthwhile.

Posted by Bob Eade. at 17:42
Email ThisBlogThis!Share to TwitterShare to FacebookShare to Pinterest