The Shore of Dungeness.

On Sunday I had a text from David telling me that the Shore Lark at Dungeness was performing well and if I was interested I could join him for another go during the week.

Well, as it has been 9 years since I last saw one of these beautiful little birds I certainly was keen, although with yet another busy week ahead I could only do the Tuesday or Friday.

We decided on the Tuesday, despite the forecast for being clouds and showers as the bird may well have moved on by the Friday.

An early start for the drive to David saw heavy cloud and me thinking perhaps we should have waited till Friday, but after transferring to David's car the weather did start to improve as we approached Kent.

The bird was located quickly once we arrived and we were soon watching the bird feeding around the puddles of the pebbly track, and although the bird occasionally flew short distances, it soon came back to its favoured area, and by staying still the bird also came very close at times. 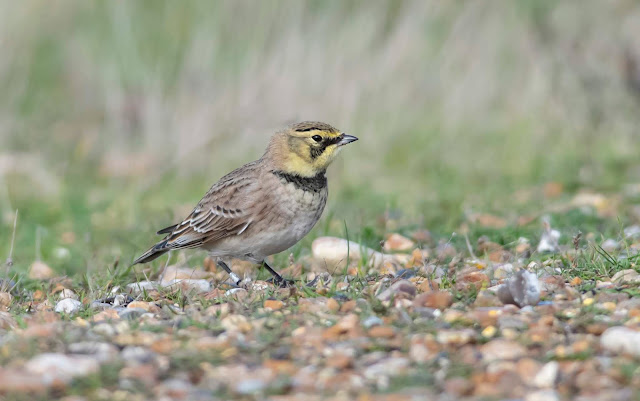 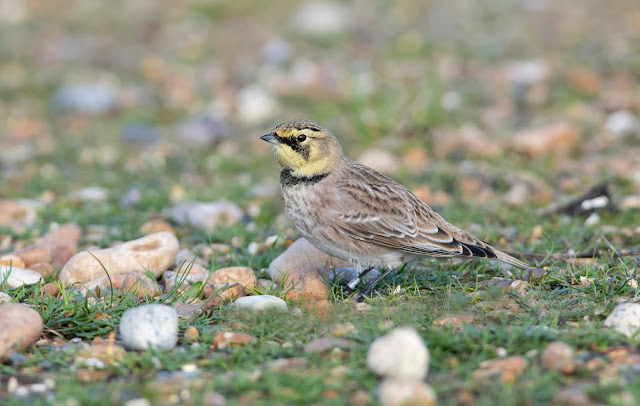 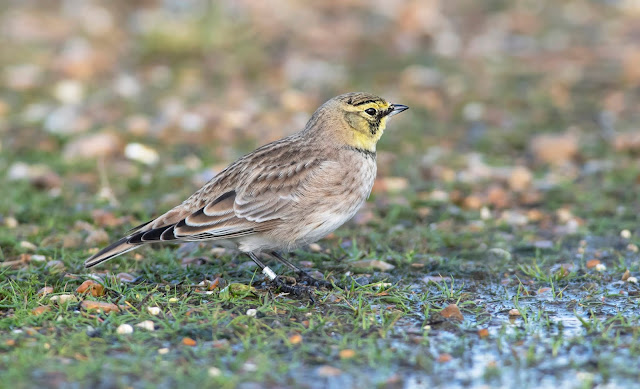 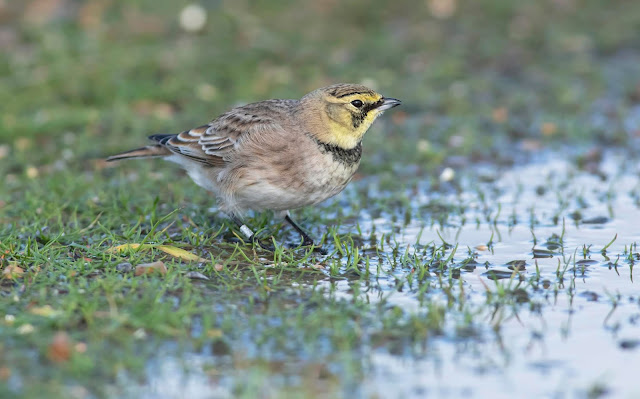 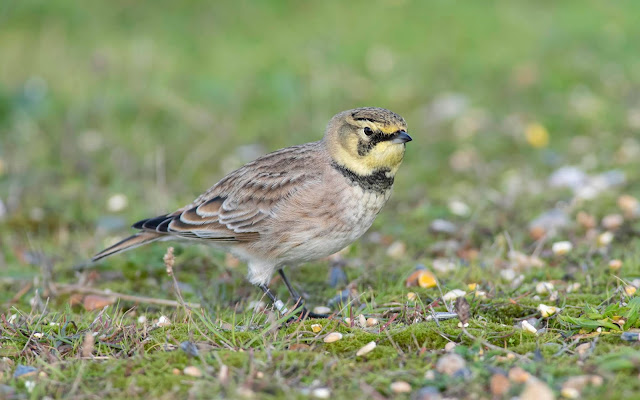 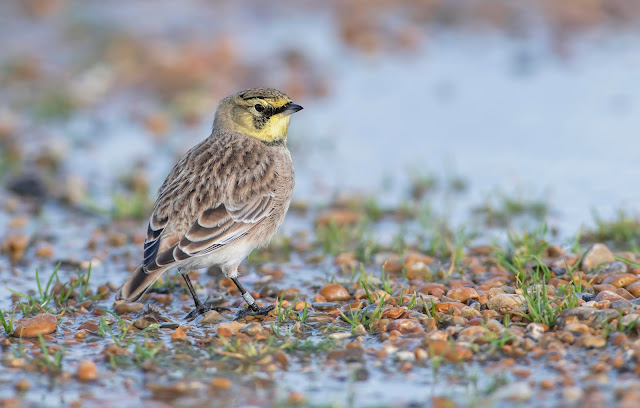 Shortly after the Shore Lark arrived at Dungeness it was briefly caught and ringed.  Amazingly, even after that trauma the bird has kept faithful to its favoured area.

Following our wonderful session with the Lark we headed to the RSPB reserve hoping to see some Bearded Tits.

Before we got to the reed-beds we were fortunate to get a flyover of a group of 3 Cattle Egrets. 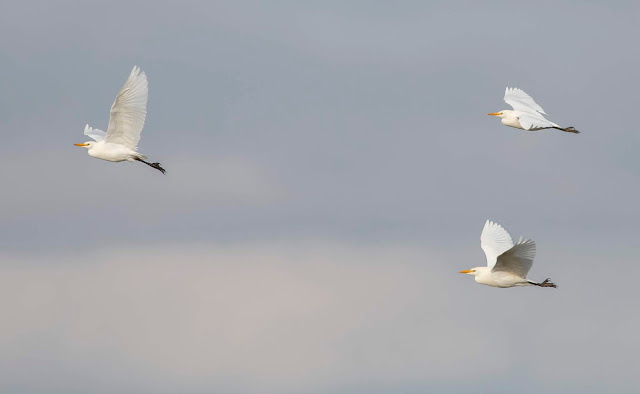 We did also see several Bearded Tits but unfortunately they did not come out into the open, but it was still good to see them.

Also seen during the day was a group of 5 late Swallows, possibly only the 2nd time I have seen them into November.

A really good day, and the weather turned out to be pretty perfect too with mostly sunny skies and for once very light winds.