Snow and a Dragon.

With Autumn now beginning to turn to Winter the camera is now getting little use so a call from Matt telling me he had found a reasonably confiding Snow Bunting yesterday morning gave me the chance of having something to aim at.

I was quite limited for time unfortunately due to having already had a call from Mum who needed me to be in Lewes to be there when her Dr called, but Matt was prepared to wait near the bird to help me get on it straight away.  This turned out to be a good call for both of us!!

The bird was feeding well along the high-tide mark and was finding plenty of food, so it may hang on for a while with luck.  Although it wasn't the tamest Snow Bunting it did allow quite a close approach, that was until a runner came along the bank.  At this point the bird flew and circled several times before landing further back along the bank.

At this point we left the bird to carry on feeding as Matt knew several others were coming down to see the bird. 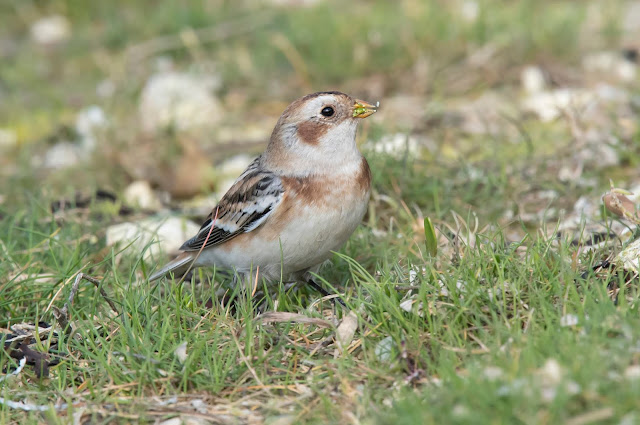 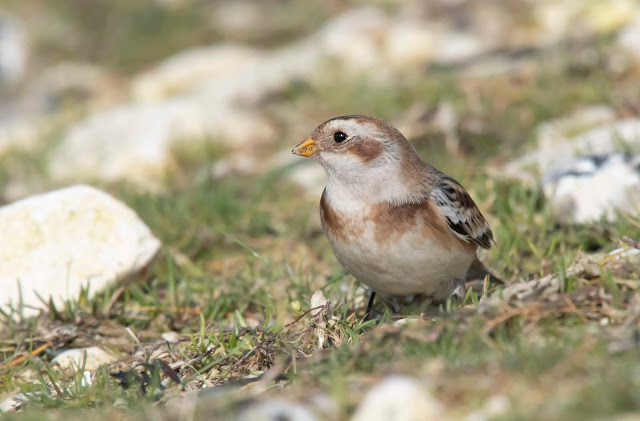 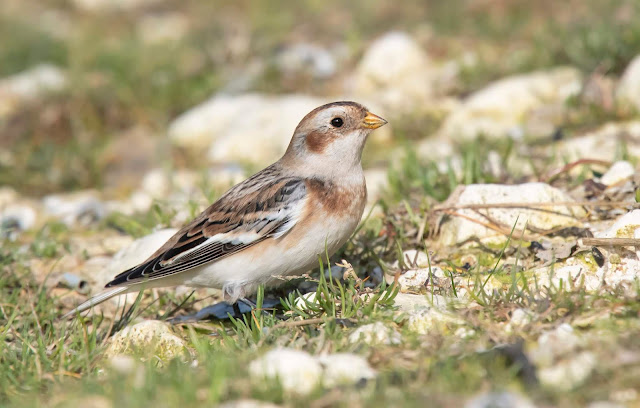 As Matt and I headed back along the riverbank towards the car we both spotted a Dragonfly flying just by us.  Nothing too unusual about that as there are still quite a few Common Darters on the wing. This however, was much too big for a Common Darter and it was also too cool for Dragonflies with a strong breeze blowing.  This cool breeze really made it very difficult to keep the insect in view as our eyes were watering and the insect was being blown around a lot.  Fortunately it dropped into the long grass below the levy to show itself as the very rare Vagrant Emperor.  The first of these that I've ever seen and Matt has only ever seen them on the Scilly Isles before.  This was an incredible bit of luck spotting this but it soon took to flight again and we lost it in the breeze,  although Matt did spot it again briefly further North after I had left.

Although the photo is quite possibly my worst Dragonfly photo of the year it was great to get anything of this very rare insect!! 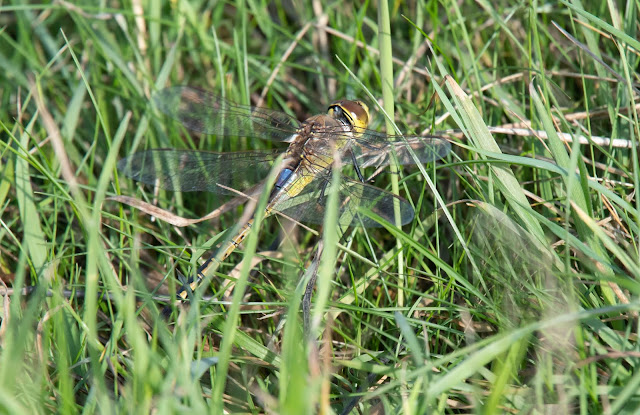 Vagrant Emperor in the long grass.

Posted by Bob Eade. at 07:16
Email ThisBlogThis!Share to TwitterShare to FacebookShare to Pinterest