Back in August signs were looking really good for a Long-tailed Blue bonanza with several sightings of the butterflies and many eggs being found.

On one small clump of Broad-leaved Everlasting Pea there were 15 eggs and nearby were many more eggs.

Unfortunately the weather has been very poor now for many weeks and it is now looking less likely that there will be big numbers of these special butterflies. Having said that, I am still hoping for a few more chances to see some if and when the weather improves. 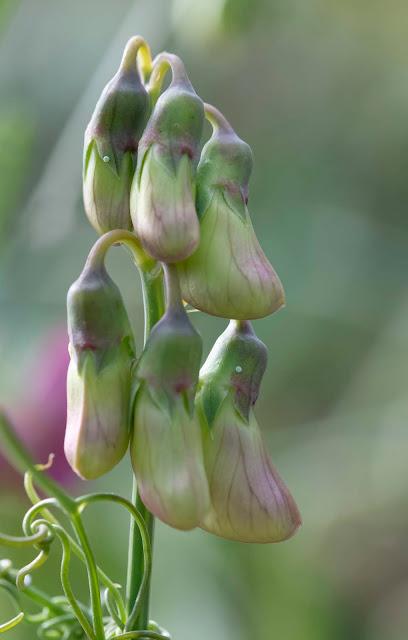 I was certainly not too concerned about not seeing any of the early arrivals as I was confident of seeing many fresh individuals near the end of September.

Fortunately James rang me from a site near the foot of the Downs to say he had found some, and although I couldn't get there that day, the following day I did manage to see them.
On arrival at the site he rang me to say he had some flying near him but in the meantime I spotted some in an area that was more accessible. We then had a couple of hours watching around 10 individuals which varied quite a bit in their condition.

This species brought up my 50th species for Britain this year.

We also had a couple of Clouded Yellow flying nearby which were good to see as this species has not been too numerous this year. 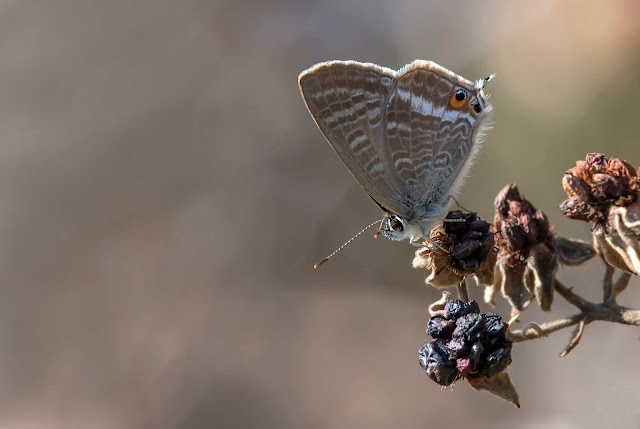 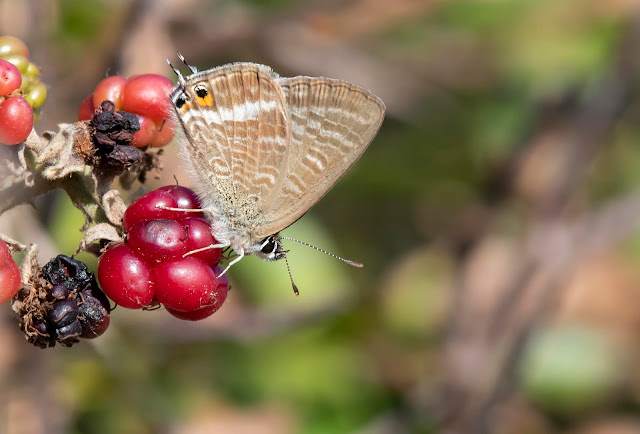 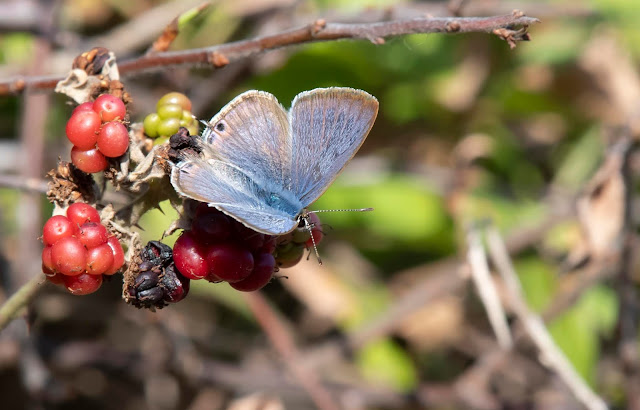 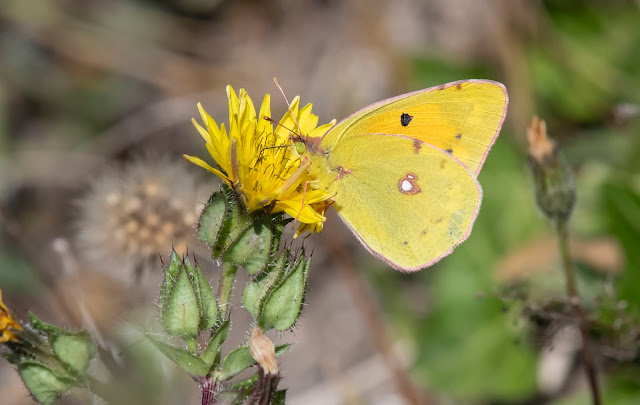 Although these shots were a long way from being my best of these it was great to at least see them this year and my thanks goes to James for the call.

Posted by Bob Eade. at 15:55
Email ThisBlogThis!Share to TwitterShare to FacebookShare to Pinterest