I was hoping to have a few trips to see the Purple Emperor this year, however in the end I could only make it once.

Arriving really early, in fact much too early, all I was seeing was a few early Silver-washed Fritillaries and very little else.

After much walking over a few hours I eventually saw a Purple Emperor flying around and just a few minutes later the butterfly came down onto the ground. By now though the heat of the day had really got going and there was little chance of the butterfly opening its wings to give me what I was really after, all 4 wings showing the blue. In fact it only flashed its wings open for a second. 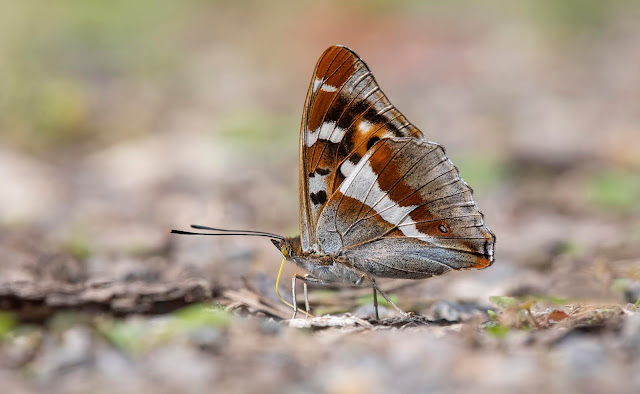 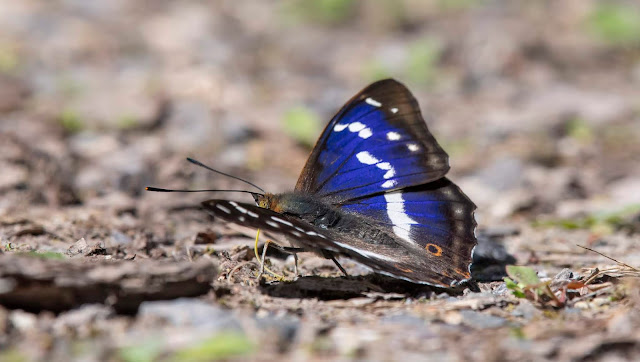 A brief view of the top-side.

Following this I started the long walk again but very little more of interest apart from a really smart Common Toad that had a couple of Wood Ants on it. I hope the Ants were taking some of the skin that seemed to be peeling off the Toad. I guess the Toad could have eaten the Ants. 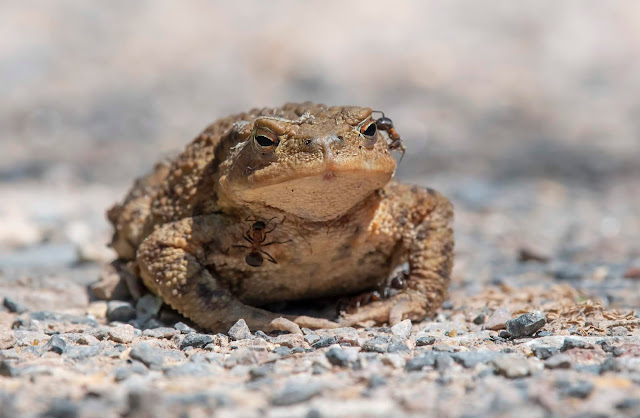 By now I was feeling really tired but when a male White Admiral was seen holding territory I stayed a while with it hoping for an opportunity that eventually came. 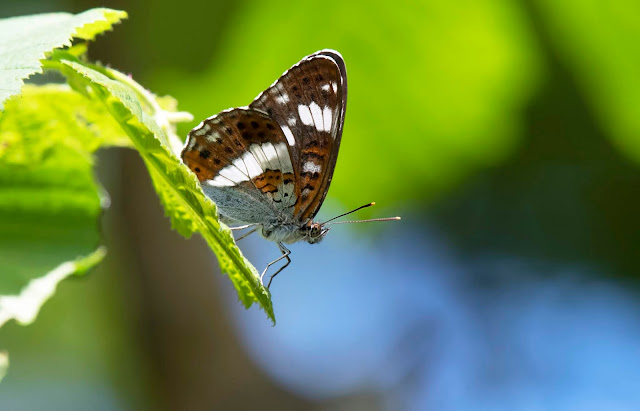 On the way back to the car I saw 2 further Purple Emperors but neither settled.

Posted by Bob Eade. at 18:15
Email ThisBlogThis!Share to TwitterShare to FacebookShare to Pinterest