Silver in the Hills.

On my patch I have a North facing valley that doesn't see any sun at all for 2-3 months over the Winter and often on the coldest days the frost never thaws.  In the Summer it still remains a little cooler than the Southern facing slopes.

I had searched 4 times that week in the area that I've found is particularly good for the first ones before I struck lucky, a very fresh male.

Just 3 days later another visit produced numbers up to around 12 that included an egg laying female. 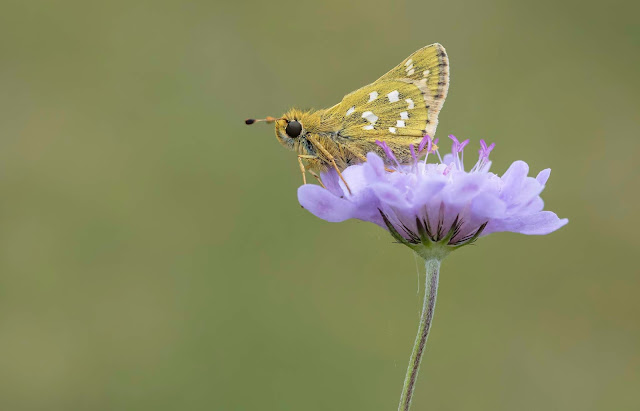 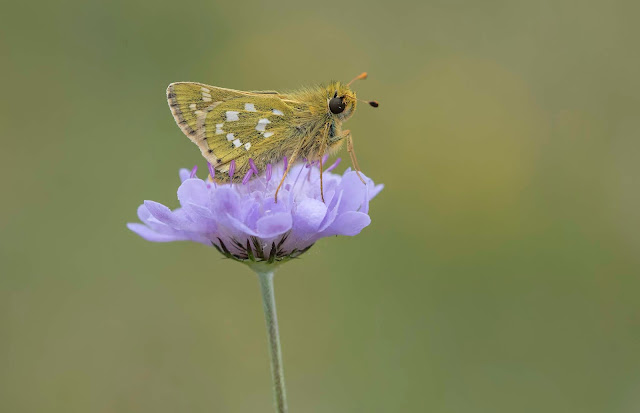 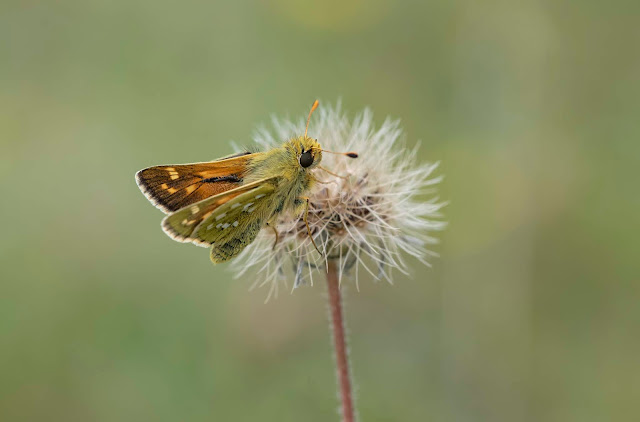 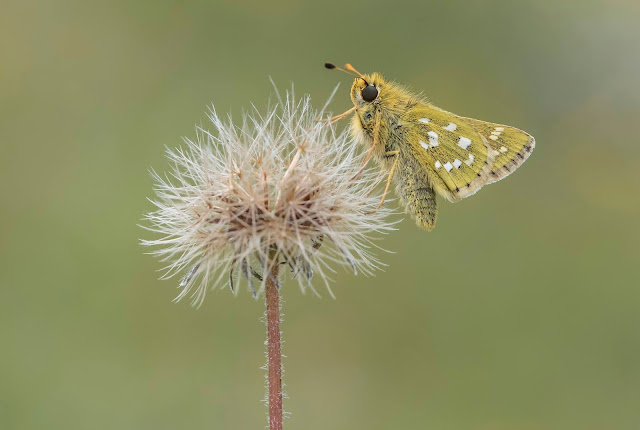 In the area I have recently located a colony of the stunning Six-belted Clearwing.  Until this year I had never seen any type of Clearwing in the UK with my only sightings being in Bulgaria.
I have now seen several 6 Belted as well as 3 Yellow-legged locally.  The photo below was taken within 6 metres of the Skipper and only a few minutes later. 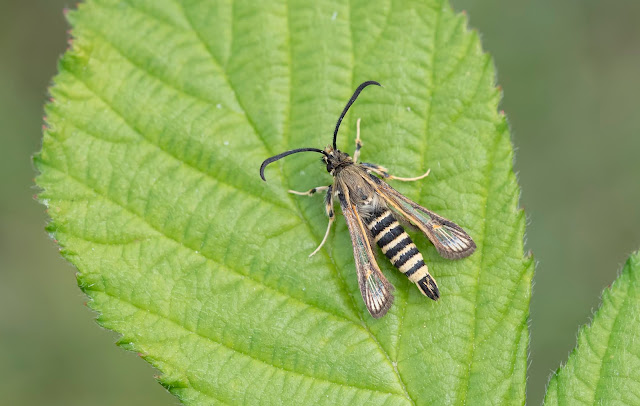 Posted by Bob Eade. at 06:58
Email ThisBlogThis!Share to TwitterShare to FacebookShare to Pinterest