Silver on the Heathland.

Last year I totally missed the Silver-studded Blue season, and I have been keen to try to get another shot of an emerging adult with attendant Ants.

It meant an early start which meant the traffic was quite light so we made steady progress arriving on site at around 7.30.

Eventually I did spot an adult crawling out the grass with a couple of Ants, but I couldn't get a decent shot of him in the grass.

In all the time we were there we only saw 3 females, but probably over 50 males. The females are always much better at hiding away, and there were also plenty more to emerge over the next few days. 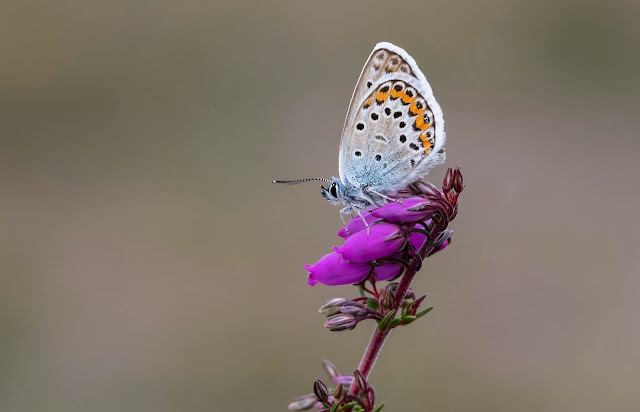 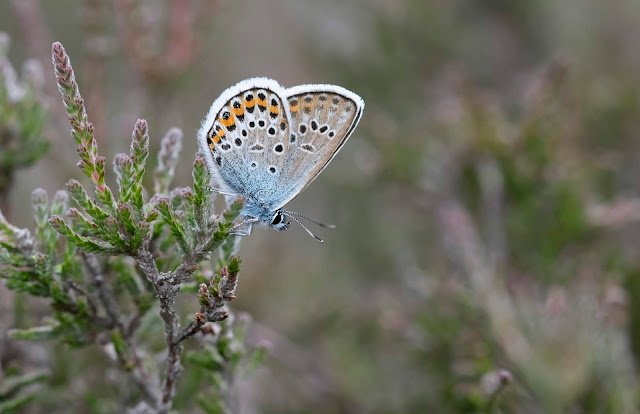 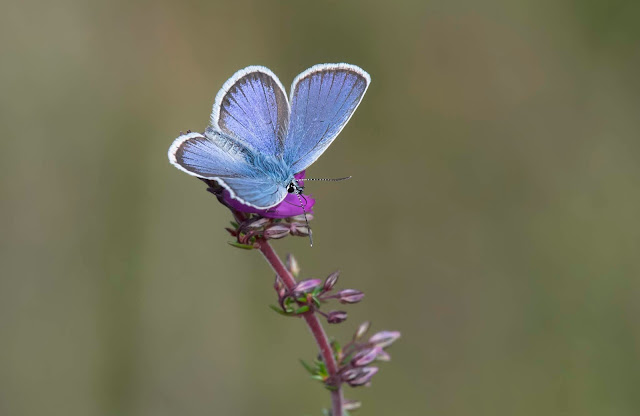 The subtle colour of the male Silver-studded Blue.

The forecast was for it to start raining at around 1pm, but unfortunately the rain arrived very early, and heavy at 10.30, so we had to hurry back to the car. We did have plans to go Dragonfly hunting, but that changed with the rain, so instead we headed to Ditchling for a quick look at the Black Hairstreak. It was still drizzling when we arrived there, but gradually enough brightness arrived to see a few Hairstreaks. Just a single record shot taken of a male. 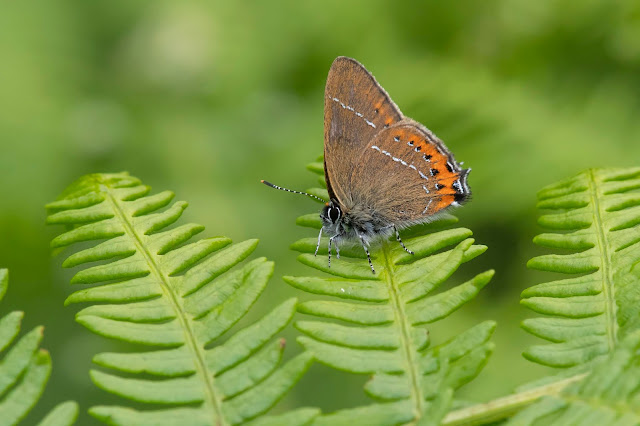 Despite being a little shattered after a long day Clare was keen to have a quick look at the Chimney Sweeper moths I had seen a few days earlier. After seeing more rain we did find a small number of the moths, so Clare was happy with 2 brand new species during the day.

Posted by Bob Eade. at 16:15
Email ThisBlogThis!Share to TwitterShare to FacebookShare to Pinterest